The increased levels of productivity that faster 5G technology brings could represent a £30bn boon for London's economy, and could soon be used on the underground 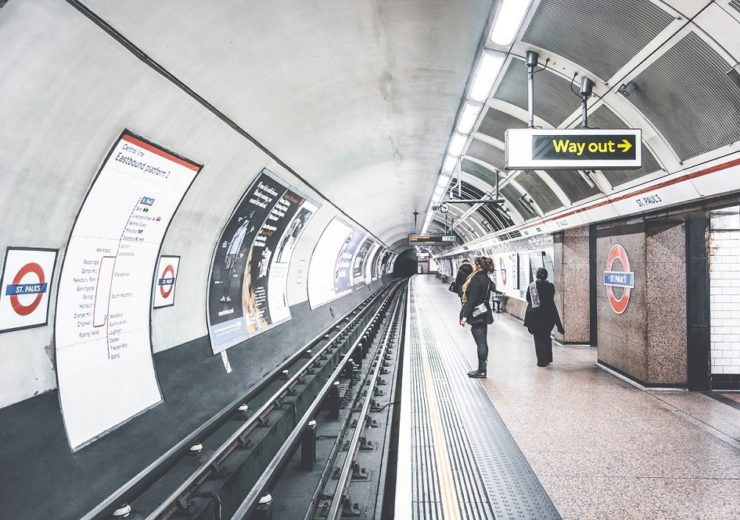 Passengers on the London Underground will soon be able to access 4G on their commute (Credit: Pixabay)

London’s economy could get a £30bn boost following the roll-out of 5G connectivity, according to new research from UK telecoms giant Vodafone.

The new figure came alongside the announcement that passengers on the Jubilee Line of London’s Underground network will be able to connect to the service provider’s 4G network from spring 2020.

The multi-billion pound uplift to the economy would come as a result of increased productivity and new opportunities to implement IoT and smart devices over the faster network.

“5G will transform the way we live, how and where we do business, and improve how productive we can be at work.”

The economic benefits were calculated by a former HM Treasury economist and commissioned by Vodafone.

The company launched its 5G network on 10 July, just over a week after EE became the first to provide 5G for customers in the UK, and is now available in 77 locations across the UK and Europe.

When compared with 4G, technology insight firm ABI Research predicts the new generation of connectivity will decrease latency by 1,000%, and enable an 100-fold improvement in both traffic capacity and network efficiency.

Other 5G opportunities listed by Vodafone include improving emergency response infrastructure, aiding the development of autonomous vehicles and cloud-based AI.

London Mayor Sadiq Khan said: “London is on track to become the world’s leading smart city, and the move to 5G has the potential to make the capital a global trailblazer in civic innovation.

“By working with providers like Vodafone we can develop the best technologies that will boost our economy and meet the needs of Londoners, radically improving how we live and work.”

Bringing 5G to the London Underground

Although underground stations are already served with Wi-Fi, London’s commuters are all too familiar with having their calls cut off as they descend the escalator to the platform.

Vodafone described the London Underground as one of the biggest remaining “not spots” for mobile coverage and is seeking to rectify this problem with the launch of a trial in spring 2020.

The trial will see the telecoms firm become the first UK operator to bring 4G connectivity to the Tube’s Jubilee Line as part of a partnership with Transport for London (TfL).

This could be expanded to a 5G network in the future.

In order to bring connectivity to the public transport route, a team of more than 50 engineers will work nights over a six-month period to install 16,000km of fibre optic cable and complete equipment tests.

Customers on the Vodafone network will be able to make calls, view websites and stream video while travelling on the Tube line.

TfL first announced its plans to introduce 4G to the London Underground in July.

Speaking at the time, CTO Shashi Verma said: ‘The London Underground network is an incredibly challenging environment in which to deliver technological improvements, but we are now well on the path to delivering mobile connectivity within our stations and tunnels.

“We have begun the complex work to allow our customers to be able to get phone reception within our tunnels from March 2020, with more stations and lines coming online during the coming years.”

The announcement coincided with the opening of Vodafone’s new £6.5m digital hub  in Southwark London.

It will house a 1000-strong workforce which will focus on consumer, tech and digital operations.