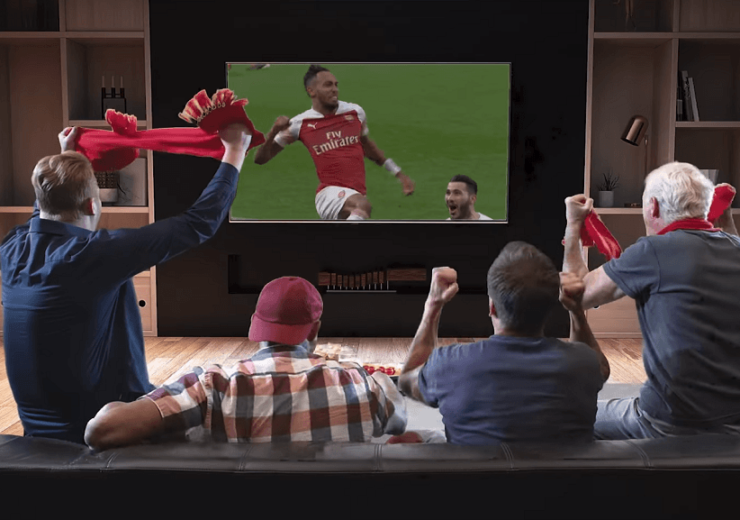 Football fans can now relive every kick of the game from a player’s perspective as new technology records 3D replays of goals, saves and tackles.

Intel has created tech that provides 360-degree angle views of in-game moments and has launched it in partnership with three of the leading English Premier League teams – Arsenal, Liverpool and Manchester City.

Intel True View will give viewers an immersive experience so they have a greater understanding of what it likes to be Liverpool star Mohamed Salah when taking a last-minute penalty or Mn City goalkeeper Ederson make a game-changing save.

“With the expansion of Intel True View into more stadiums with Arsenal, Liverpool and Manchester City, we have the chance to transform the experience for fans of one of the world’s top sports leagues with our leading and differentiated volumetric technology.”

What are voxels? Explaining tech behind 3D football replays

Using 38 5K ultra-high-definition cameras positioned around the stadium and Intel’s video processing power, voxels are recorded to give a 3D view of the pitch.

The voxels differ from the standard 2D pixels in the fact they also carry data on the height, width and depth of the video.

Video processors then piece together the images from every angle to create a “fully volumetric” 3D image.

From 10 March, football fans watching Liverpool, Man City or Arsenal on the domestic and international TV rights holders’ live broadcast – or highlights on the clubs’ official websites – will be able to experience True View in action.

On top of the 360-degree replays and highlight reels, which will allow viewers to effectively watch the match from any part of the pitch, Intel True View also features a virtual tactical line to give a clear idea of players positions on the pitch and the potential to relive key moments through the eyes of any player.

Arsenal commercial director Peter Silverstone said: “We are always looking to find new ways to bring our 780 million fans and followers around the world closer to the action and this partnership will give our fans a whole new view of the game.

“The technology effectively allows a supporter to step into the boots of players and see the game from their perspective.

“We have seen the impact this Intel technology has had in other sports leagues across the world and are excited that it will be installed at Emirates Stadium.

“At Arsenal, we are committed to innovating and keeping at the forefront of developments on and off the pitch so it’s fitting that Emirates Stadium will be the first stadium to bring Intel’s immersive and transformational True View technology to the Premier League.”

The technology has already been used in the US in the NFL and NBA and in Spain in La Liga, but this marks the first time Premier League fans will be able to experience 3D football replays.