Welcome to Cellink, the startup that can 3D print human body parts 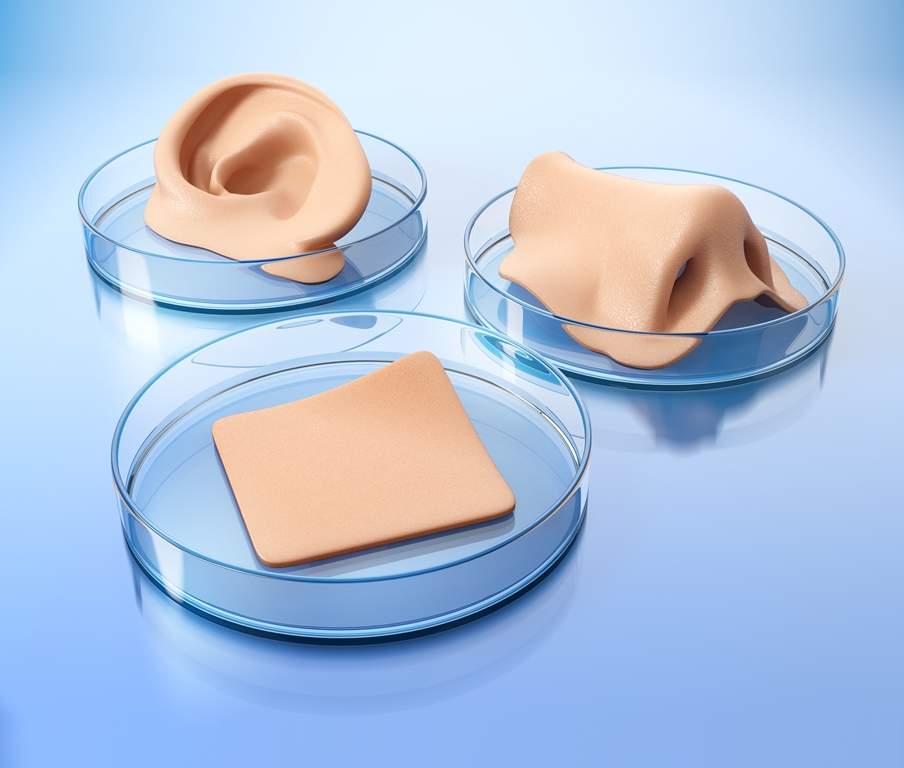 Swedish company Cellink uses a technique known as 3D bioprinting to grow cartilage and skin cells. One day the technique could be used to create organs for human transplantation.

However, in as little as 20 years organs for human transplantation could be produced using a 3D printer. At least that’s what Erik Gatenholm would have you believe.

The 28-year-old entrepreneur is the CEO and co-founder of Cellink, a world leader in 3D bioprinting.

The technique uses bio-ink, a liquid into which human cells can be mixed and then 3D printed. At Cellink this ink is made from cellulose from forests and alginate from seaweed in the Norwegian Sea.

The company grows cartilage and skin cells suitable for testing drugs and cosmetics.

However, Gatenholm and his business partner, tissue engineer Hector Martinez, plan to use 3D bioprinting to produce human organs for transplants.

“The goal [from the start] was to change the world of medicine – it was as simple as that,” he told BBC News’ Connected Commerce. “And our idea was to place our technology in every single lab around the world.”

Scientists and pharma companies already use bio-ink to carry out cellular research. However, Cellink became the first company to sell inks online suitable for mixing with any cell type, alongside 3D printers.

In addition, the startup took a gamble by launching its products when the human tissue market was in its infancy.

Cellink quickly became a hot ticket for investors and a flotation in 2016 valued the firm at $16.8 million (£12.8 million). Furthermore, the company achieved sales of $1.5 million in its first year and now has 30 staff and customers in more than 40 countries.

The company’s bio-inks cost between $9 and $299, and the company’s printers between $10,000 and $39,000. To date, most of Cellink’s sales have so far been to universities, but pharma companies are increasingly using the inks to conduct tests on bioprinted human tissues.

Cellink is a product of the internet age, but Gatenholm stresses the importance of old-fashioned, face-to-face contact with clients.

“It’s the time that you spend with the customer where you truly learn what they need,” he said.

3D bioprinting has great potential for drug testing, organ transportation and wound healing. A recent report stated that patients could even benefit from printed body parts in as little as five to 10 years.

Consequently, the global bioprinting market will be worth around $1.33 billion by 2021.

Cellink now has three offices in the US – including one in technology hub Boston − in addition to its headquarters in Gothenburg. The company’s long-term goal is to use the technique to make more functional human organs available for transplantation.

However, the technique has raised ethical concerns.

“A lot of people could think that bioprinting is ‘playing God’,” admits Gatenholm.

In response, Cellink is working closely with medical bodies and institutions on safety tests and standards.

“I believe in this,” says Gatenholm. “This is my passion. I live for this and I just don’t see that any regrets are very vivid today.”

3 medtech innovations that will blow your mind