What causes a power failure? Analysing the reasons behind UK outage that affected one million people

After one million homes were left without electricity and the UK's rail network was brought to a standstill by a widespread power failure, two energy experts explain what happened 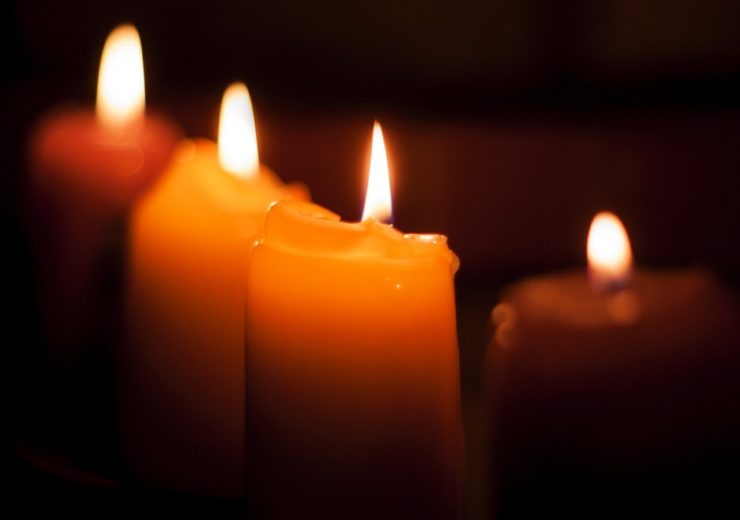 In an online world beholden to electricity, a power failure can cause a scene that feels akin to Armageddon – but its causes are complex.

Last Friday, almost a million UK homes had their lights turned off by an outage that also brought parts of the country’s rail network to a standstill, grounded flights and impacted vital systems in a hospital.

While it was the first large-scale power cut in Britain for 11 years, countries including Indonesia, Argentina and Uruguay have also been hit by similar problems in recent months.

NS Business spoke to two energy experts about how such an incident occurs.

How is the UK energy network managed?

In the UK, there are about 350 power stations that range in capacity between 50 megawatts (MW) and 1.5 gigawatts (GW).

All these plants – which use a range of energy sources, including coal, gas, nuclear, wind and solar –feed into the national transmission network.

This is managed by National Grid, which distributes power across the country to local distribution networks that eventually feed electricity into properties.

Localised power cuts are relatively common and happen when there is an issue with an electrical substation or if an underground or overhead cable is damaged.

Responsibility for fixing these often falls to utility companies, which bill the end users.

Issues with transmission networks, on the other hand, are handled by National Grid. While they are very rare, they have a much bigger impact.

What caused the UK power failure?

The electricity outage on 9 August was caused by two power stations tripping within two minutes of each other.

But the loss of generation on this occasion was much bigger than the energy operator could cope with using the standard tools at its disposal.

This meant it had to disconnect some recipients to meet the demand with the available capacity.

“It is not clear if the shutdowns were coincidental or whether one was as a consequence of the other event,” he says.

The grid frequency in the UK is 50 hertz (Hz) – which measures the rate of electrical current cycles per second – and is stabilised by synchronising generators across the transmission system.

“When demand is greater than generation, the system frequency falls,” Hewitt explains.

“The loss of these two power stations caused system frequency to go below 49Hz and, in order to prevent a cascading failure, the network automatically disconnected load.

“In normal situations, a network of fast-responding energy assets provides rapid power into the system to make up the shortfall and responds automatically to falling frequency – this is called the frequency reserve service.

“For some reason, this service failed to prevent the frequency falling below normal levels.”

Power was restored for everyone after about an hour.

Who was affected by the UK power failure?

It caused huge disruption for much of the UK’s rail network, with London King’s Cross station closed for several hours on Friday as no trains could depart or arrive.

Although the power outage lasted an hour, some trains were stuck between stations for up to eight hours.

A spokeswoman for Network Rail said this was because, although back-up power systems kicked in, some of the trains were unable to start again on their own.

after nearly 4 hours to get to london from brighton and several changes and diversions, I finally arrive at kings cross to find all the trains are cancelled and the station is closed for the night, and no one is being let in or out… #powercut pic.twitter.com/b3SgMdbPR7

This caused gridlock on the network while engineers had to travel between trains to get them up and running again.

As many trains and staff were not where they needed to be by the end of the day, this also caused disruption the following day for many services, she added.

Newcastle International Airport, along with the city’s metro system, were also affected and the failure of a back-up generator at Ipswich Hospital caused problems for 15 minutes before power was restored.

National Grid said parts of the network that shut down were determined automatically and randomly by “protection” systems that ensure the whole system doesn’t cut off.

Hewitt adds: “These will be designed to give a progressive response as if too much load is shed the frequency can go the other way and be too high.”

The wide geographical spread of the affected locations caused confusion for many people but Harminder Singh, power director at business intelligence company GlobalData, gives an explanation.

He says: “The interconnection of the grid today means that a significant disturbance in one part of the grid can have an impact on a larger area.

“If two large generators suddenly stop injecting power into the grid, it can impact the grid frequency and cause a large part of it to collapse.”

Which other ways can a power failure occur?

Electrical or mechanical faults are usually the cause of power outages.

While equipment can be made more resilient against such issues, this can carry a significant cost that will ultimately end up in the bill payer’s lap.

Explaining the causes of a power failure, Singh says: “Grid failures occur primarily due to real-time imbalance between the generation and load.

“Apart from the sudden loss of generation from large generators, grid failures could be caused due to natural disasters such as earthquakes or tornadoes, which physically impact the transmission infrastructure.

There was some speculation about whether the UK outage was caused by a cyber-attack but National Grid said it was “very confident that there was no malicious intent or cyber-attack involved”.

What will happen following the UK power cut?

National Grid has said it will “learn the lessons” from the major power outage but claimed its systems “worked well”, calling the incident an “incredibly rare event”.

But the government has confirmed an investigation will be held into what happened to determine whether the operator’s procedures are fit for purpose, while energy regulator Ofgem has demanded an “urgent detailed report”.

Hewitt wants Ofgem to ensure the report is indeed thorough, while National Grid should hold an internal review to work out how to prevent a recurrence in future.

“A full blackout was avoided but it is likely that improvements can be made to the system and processes to limit the requirement to load shed,” he says.

“It should work with providers of national infrastructure to protect against these events.”

Singh says a range of defence mechanisms that shed loads need to be in place to avoid such large-scale grid failures.

“The grid operator will need to enhance the resilience of the grid through these and other methods,” he adds.”

When was the last time the UK had a major power failure?

Friday’s incident was the first major power failure since May 2008, when about half a million people were affected.

This happened when the now-closed Longannet power station, north-west of Edinburgh, went offline after it was already running at reduced capacity for maintenance.

The transmission system lost 1,510MW, according to National Grid at the time, and caused the frequency to fall.

Parts of the network were consequently shut down automatically to protect the overall system.

“This was avoided by the load shedding of just enough demand to bring the system back into balance.”

Other examples of major power failures and their causes

A similar incident took place in the United States in 2003 but resulted in a complete blackout throughout parts of the north-east and midwestern regions – as well as the Canadian province of Ontario – for 14 days because the system wasn’t managed properly.

It was initially caused by a software bug in the alarm system of an energy company’s control room, which meant the operator was unaware of the need to redistribute load after supply dropped.

What should have been a manageable local blackout cascaded into the collapse of the entire region.

In total, 10 million people in Ontario and 45 million in eight US states were affected, while it was believed to have contributed to at least 11 deaths and cost an estimated $6bn.

The US-Canada Power System Outage Task Force concluded that a combination of human error and equipment failures were to blame, making 46 recommendations on how to reduce the risk of future incidents.

This was the second most widespread blackout in history after the 1999 southern Brazil blackout, in which a chain reaction caused by a lightning strike at a substation affected between 75 million and 97 million people over three months.

There have been plenty of others.

Singh says: “Another major grid failure occurred in India in July 2012, which impacted the northern, western and eastern grids of the country.

“The reasons for this grid failure were skewed load generation balance across the regional grids, grid indiscipline – in terms of overdrawal and under-injection by some utilities – depleted reliability mechanisms, failure of defence mechanisms and absence of primary response from the generators.

“In another case, Ukraine suffered from a grid outage in December 2015, which was primarily due to a cyber-attack.

More recently, a grid collapse caused a blackout in Argentina and Uruguay in June this year, while Indonesia’s capital Jakarta faced a nine-hour blackout that affected ten million people earlier this month.