Could algae be the solution to reducing CO2 in the atmosphere? 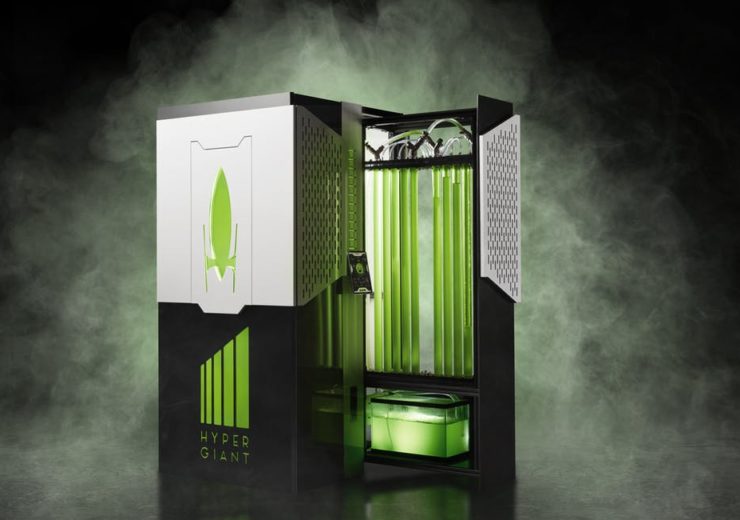 A new ‘weapon’ in the battle to combat the climate crisis claims to capture the same amount of CO2 as an acre of trees — and all through the power of algae.

AI start-up Hypergiant Industries has harnessed the small photosynthesising organisms in its latest bioreactor and claims the machine can remove two tonnes of CO2 each year.

The seven foot-tall machine has been designed to fit inside office buildings and could help to reduce the carbon footprint of companies.

“Excess carbon in our atmosphere is driving a number of massive catastrophes for our planet and pushing us to get off planet and colonise space,” said Hypergiant Industries CEO and founder Ben Lamm.

“I want humanity to colonise space because I want to explore the cosmos to better understand our place within it.

“I don’t want us to colonise space because we are running away from our home planet. This device is one of our first efforts focused on fixing the planet we are on.”

The green-machine connects to a ventilation or air-conditioning system and uses AI to optimise algae growth and carbon capture.

The company plans to release blueprints for the bioreactor online in the hope that individuals will create their own devices to install in homes and workplaces.

How algae helps to reduce CO2 in the atmosphere

Hypergiant Industries describes algae as “one of nature’s most efficient machines” and requires only sunlight, CO2, and water to grow.

Its rate of growth makes it a better method for capturing carbon than other plants and trees.

The biomass that algae produces as a by-product has been discussed as a potential alternative to fossil fuels.

However, companies have so far struggled to make algae-based fuel commercially viable, despite the fact it produces between 10 and 100 times more fuel per unit area when compared to other crops grown for biofuels.

Biotech company Helios-NRG is another firm exploring the potential of algae to reduce global CO2 levels.

The company began experiments on three tanks of algae at the start of the month to see how they reacted to exposure to high levels of CO2.

The aim is to use the organism to capture 70% of the carbon released from a concentrated source.

In 2015, a five-story house in Hamburg, Germany became the first building to be fully powered by algae.

Panels on the building’s exterior encased vats of microalgae to generate renewable energy and heating for the occupants.