Businesses that operate in central London need to be prepared for the new ultra low emission zone, which comes into force on Monday 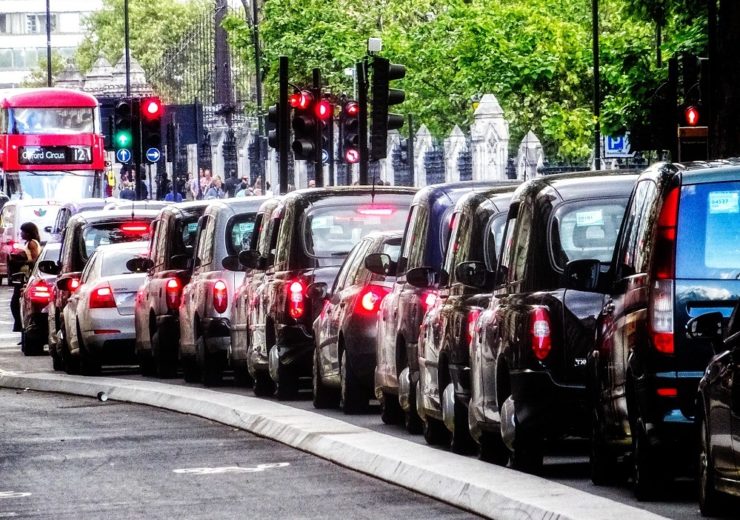 There are undoubtedly many environmental positives in reducing pollution levels in inner-city London – but many small businesses remain unprepared for the new ultra low emission zone (ULEZ).

SMEs have welcomed Greater London Authority’s flagship environmental policy, with 58% supporting its introduction, according to a survey by courier company CitySprint.

But while 31% of London SMEs believe ULEZ will have a positive impact, 50% haven’t taken any steps to prepare for it yet.

CBI London director Eddie Curzon said: “Businesses across the capital are committed to doing their bit to reduce emissions by investing in the cleanest of transport technologies, with many having already taken action.

“That being said, smaller firms can struggle to afford the switch to low-emission vehicles and, for some larger vehicles, there are simply no low-emission alternatives available.

“To make a success of the ULEZ, it is crucial that City Hall works with firms to help them take advantage of new technologies and support them, where required, to accelerate the take-up of low-emission vehicles.”

What is the ultra low emission zone?

The new regulation means that cars and vans will need to meet tighter exhaust emission standards in order to avoid daily charges.

Air pollution has been linked to a two-year reduction in life expectancy, while the nitrous dioxide created by burning fuel contributes to a number of respiratory issues.

Recent models of cars will already meet ULEZ standards, including most diesel cars registered with the DVLA after 2015 and petrol cars registered after 2005, as well as hybrid and electric vehicles.

However, those with vehicles that don’t meet the standards and don’t have exemption could face a daily charge of £12.50 – or £100 for heavier vehicles and lorries – on top of the current £11.50 congestion charges.

From 25 October 2021, the ULEZ will expand to the rest of the inner London area bounded by the North and South Circular roads.

Are businesses prepared for ULEZ?

Although the £12.50 charge may not sound a lot, it amounts to an average annual bill of £5,760 for weekday driving in congestion and ULEZ fees.

Sadiq Khan introduced a £23m scrappage scheme in order to offset some of the additional costs the pollution levy would have for small businesses.

However, only 100 had applied for the financial help, as of last month.

Patrick Gallagher is CEO of CitySprint Group, which operates within central London.

He said: “We have taken steps to operate more sustainability since long before the announcement of ULEZ, and we’re committed to having an ultra-low emission fleet in central London by 2020.

“While it’s important for businesses to review things like their supply chain, steps towards a more sustainable future can also be made elsewhere, and businesses should take a more critical look at their overall operations in order to reach their sustainability goals sooner.”

TfL has also backed a Bikes for Business scheme, which aims to get a total of 60 businesses in the London Bridge area to use cargo bikes – a trike with built-in trailer.

“Cargo bikes have real potential to help clean up London’s toxic air and it’s fantastic to see Team London Bridge’s bold ambitions for cycle freight ahead of the launch of our ULEZ later this month.

“We’re investing in schemes such as this right across London as work towards the Mayor’s ambitious targets for reducing the numbers of vans and lorries entering central London by 10% over the next six years.”

UK supermarket chain Sainsbury’s is one of the big companies to trial a switch to cargo bikes for grocery deliveries.

The company introduced the zero-emission electric bikes in South London in April last year and raised the possibility of rolling out the scheme across the UK.

Ikea has followed suit and aims to electrify 25% of its last-mile deliveries within the next two years and now delivers every product in Shanghai via an electric vehicle.

For many small businesses, the additional charges could be the difference between making a profit and a loss.

Labour Party parliamentary candidate Faiza Shaheen has been one of the vocal minority who has spoken out against the impact the ULEZ will have on SMEs.

Speaking at a Labour Party event, she said: “A lot of sole traders who live in the area go out in their van, they’re plumbers, they’re carpenters, and they will be hit by this extra tax.

“While we want to do something about air quality, we’ve got the politics wrong.

“[People say to me] ‘This is going to hit us most. How am I going to run my business? This is actually unfair,’ and I don’t have an answer to them.”

Although she acknowledged the need to address pollution levels, she believes there should be more support for small businesses.

He said: “Interest in alternatively-fuelled vehicles is on the rise, and we’re on the road to a greener motor industry.

“But for some drivers, diesel is still the best choice – the one-size-fits-all messaging in favour of alternative fuel vehicles overlooks the benefits of modern diesel cars in certain situations.

“Consumers are getting more and more confused when it comes to fuel type and finance offerings, adding pressure to an already difficult decision to buy a car in the current climate.”

He claims that 50% of people are not familiar with the full extent of the changes.

But Poppy Welch, head of Go Ultra Low, a joint government and industry campaign to encourage people to switch to electric cars, disagrees.

She added: “With the introduction of the ULEZ in London, there has never been a better time for drivers to consider making the switch to electric.

“Offering exemptions from both the ULEZ and Congestion Charge zones, cheaper running, maintenance and tax costs, as well as a government grant towards the purchase price of zero emission vehicles, switching can not only save money, but also help make a difference to local air quality.”