The TSB Bank problems continue as IT failures and an FCA inquiry led to the loss of 21,000 customers. Sam Forsdick speaks to GlobalData head of banking and fintech analyst Kit Carson about what the future could hold for the ailing bank 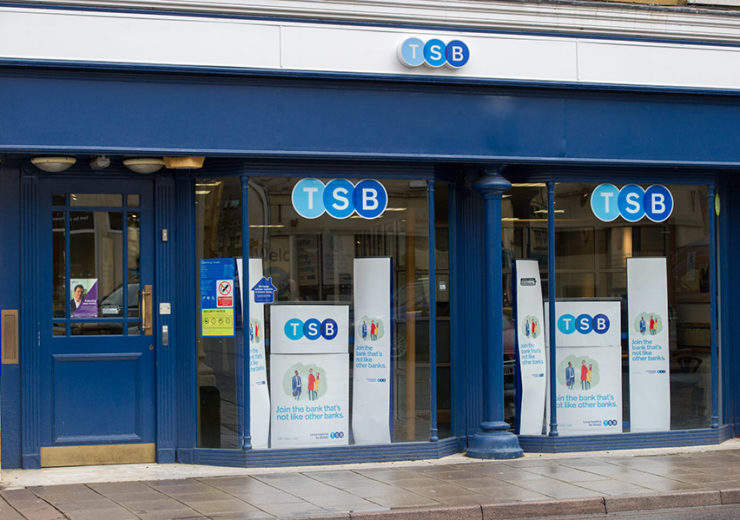 An IT meltdown resulting in 1,300 customers losing money, the resignation of its CEO amid an investigation and now the loss of almost 22,000 customers – TSB Bank’s problems continue to stack up.

According to the monthly Current Account Switching Service (CASS) report from payments operator Bacs, TSB lost a total of 21,790 customers, with a net loss of 16,641 over the second quarter of 2018 – the highest net loss of any UK bank between April and June this year.

In response, a TSB spokesperson said this was only “part of the total picture”, adding: “During the three months in question we actually saw more than 20,000 customers either open a new bank account at one of our branches or switch their account to us using the CASS system.”

But it was the latest milestone in a troubling year for the bank, which was formed after a split from Lloyds TSB in 2013.

Kit Carson, head of banking and fintech at analyst GlobalData, points out how the customer losses suffered by TSB in Q2 was 4,000 more than any other bank and adds: “In Q3 we’ll see a dramatic atrophy of customers”.

The TSB Bank problems began earlier this year when a planned migration of its IT systems resulted in a “meltdown” that affected about a third of its customers and prompted an investigation by industry regulator the Financial Conduct Authority (FCA).

During an attempted transfer of customer data from Lloyds Banking Group systems to Banco Sabadell, 1.9 million TSB customers were unable to access their accounts while a further 1,300 reportedly lost money to fraudsters.

Some 135,403 complaints were sent to TSB between April and July as customers were left unable to access their online banking, taken to other people’s accounts and watched unauthorised transactions coming out their accounts.

Despite problems first being reported six months ago, some users were still reporting issues in accessing their online accounts this week.

Your internet banking service is down, but as per usual you say nothing about this on your service status page. Any ideas? pic.twitter.com/eUn17dFdbT

A spokesperson for TSB said “considerable progress” had been made since the issue begun and “customer service levels are much improved”.

But Mr Carson says: “The fact that TSB was so arrogant that it could do a migration of all the customer accounts in a weekend is just bonkers – it’s bad practice.

“It should have been batched over sessions where you make a small move, test it to see if it worked for that group of customers and then expand it.”

This was exacerbated by its communication strategy following the IT meltdown.

“The lack of transparency is a serious issue here and TSB is not standing by the brand principles being communicated to the consumer,” adds Mr Carson.

“This is a real nail in the coffin for TSB’s progress and attempts to become a well-respected brand again.”

Have the TSB Bank problems tarnished its brand?

With the bank using its marketing to build a brand image focused on being principled and friendly, the recent trouble for TSB could undermine this.

Many of its advertising campaigns had focused on distinguishing TSB from the other high street banks.

On the launch of its advertising campaign depicting the Big Four banks as “lazy cats”, TSB marketing director Pete Markey told The Drum: “They [customers] feel that their banks don’t do much for them and that banks are absolutely out of touch of their lives and aren’t communicating or relevant.

Mr Carson adds: “TSB had been pulling in customers from other banks by saying it was different, local and friendly – and yet in this moment of truth it has deserted its customer base.

“TSB is really going to struggle to grow back the brand love that they had been generating.”

Up until the point of the crisis, market analysis by GlobalData showed TSB was performing well among its customer base on the metrics of trust and its digital banking service – scoring 43% and 53% approval ratings respectively.

But Mr Carson says: “You can be certain that if we ran this study again it will fall back on those.”

RBS is reportedly considering a total rebrand in order to rebuild its reputation.

Mr Carson says it’s possible that TSB could do the same but adds the caveat that, “no one would take a rebrand lightly”.

He adds: “RBS, which has had this toxic brand for ten years, is only now facing that reality.”

How can TSB rebuild its brand?

Yaron Morgenstern, CEO at software firm Glassbox, believes TSB will struggle to recover from these events, and will need to spend the next year or so focusing on regaining the trust of its customers.

“In future, TSB must improve its ability to stay in touch with its customers,” he tells Compelo.

“Knowing what is annoying, frustrating or paining your customers is more important than ever.”

Mr Carson has a similar view and believes the bank needs to double down on its current customer base before trying to build again.

“The bank will retain some customers,” he says. “What it needs to do is deliver 100% for every touch-point of interaction with that customer base.

“The touch-points could be as simple as opening the banking app or phoning a call centre.

“At the height of the crisis, people were spending an hour and a half on the phone and not getting through because TSB didn’t scale up and get more people on the phones to acknowledge the grievances.

“It has to ensure that customers are not disadvantaged by this and deliver on every grievance raised and treat each of its customers like individuals.”

He acknowledges it will not be easy or cheap to implement but it provides an opportunity to start rebuilding trust with the customers that didn’t leave TSB.

“TSB should come out with a big, ‘I’m sorry’ marketing campaign and in the second phase begin to communicate what it’s doing differently,” says Mr Carson.

The FCA opened an inquiry into TSB as a consequence of the issues surrounding its IT systems.

In a letter to Treasury Committee chairwoman Nicky Morgan, FCA chief executive Andrew Bailey said: “The severity of the incident has meant that TSB has required specialist support from IBM to help restore its platforms to pre-migration levels.

“We continue to proactively and intensively engage with TSB to ensure that it has a full
understanding of the issues it still faces and has robust plans and resources in place to address them.

“In particular, the FCA’s priority areas are fraud, complaints and redress, and telephony.”

Mr Carson believes the TSB Bank problems could worsen further down the line due to the ongoing investigation.

He says: “The problem with this investigation from the FCA is that it will continue while TSB is trying to fix its brand identity.

“By the time the FCA comes out in a few months with its findings, it will undermine all the work TSB has done to try and repair its brand identity.

A new CEO and TSB’s future

Paul Pester, the CEO of TSB who oversaw the IT switch-over, made the decision to step down on 4 September.

In his resignation statement, Mr Pester said: “I want to thank all my colleagues across TSB for their dedication and commitment during this period and for their focus on putting things right for TSB customers.

“It has been a privilege to lead TSB through its creation and first five years. I look forward to seeing the next stage of our bank’s history evolve.”

The bank is yet to name a successor to Mr Pester and Mr Carson believes this could be a shrewd move – seeing no reason for TSB to close just yet.

“In the first quarter this year, Banco Sabadell made about 250m euros in profit, so TSB has a parent company that has some profit to support it through this,” he says.

“No one is going to be banging on Banco Sabadell’s door to buy this brand from it, and you do not retire a banking brand with as much history and legacy as TSB at will.

“It will be how the bank reacts from now through the next two quarters and how it looks to be open, transparent and honest.”

He adds: “The new CEO will have a huge part to play in this. Since Pester stepped down, a replacement hasn’t yet been announced and that’s sensible.

“TSB will look to get through this and make sure it’s all working again before it announces a new CEO.

“So the new chief can totally separate themselves from these issues, take the FCA recommendations and promise to make sure something like it never happens again.

“That’s its opportunity to brush it all out and start again.”