Keep it convenient, consistent and cool: How to get consumers active in the circular economy

Whether it's making reusable containers "status symbols" or developing on-street recycling, we look at ways to engage consumers in the circular economy 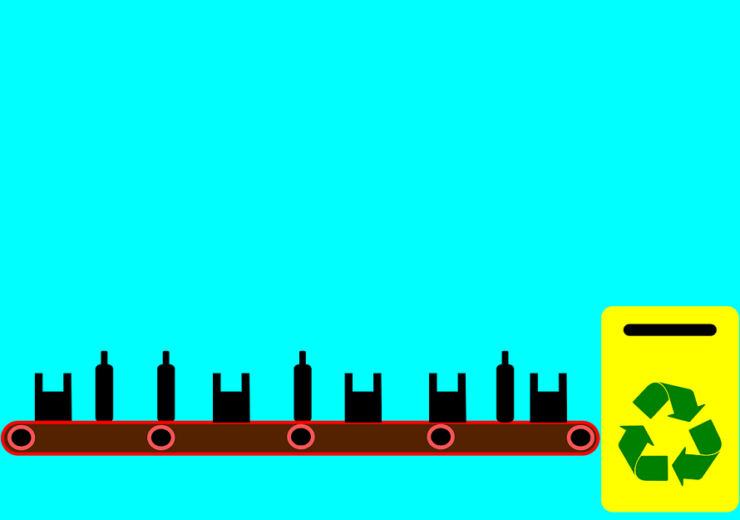 In a 2019 survey conducted by YouGov, 83% of people in the UK believe more needs to be done to encourage recycling (Credit: Pixabay)

Towards the end of the last decade, the “circular economy” became a packaging industry byword for the future of material management.

In essence, it’s a waste system that ensures items are in use for as long as possible, before recovering and regenerating the product’s materials at the end of life.

For it to work, every user in a material’s lifecycle has to play a part — including consumers.

In November 2019, UK-based polling company YouGov surveyed more than 2,000 people on the topic of recycling — a vital part of any potential circular economy.

It found 83% of people felt more needed to be done to encourage recycling in the country, with 12% believing they receive the help required to ensure waste is reused.

Over the next few years, policies around deposit return schemes and standardisation could be introduced in the UK to motivate people to manage their waste properly.

Speaking at the Packaging Innovations conference in Birmingham last month, he said: “We talk about citizen participation, and without citizens participating in all these government interventions, we’re not going to get too far.

“A lot of this is dependent on the public coming along with the legislation.”

From clear and consistent messaging to turning reusable packaging into a “status symbol”, we look at ways to engage consumers in the circular economy.

How to get consumers engaged in the circular economy: Could consistent collections be the answer?

In 2003, the UK parliament brought the Household Waste Recycling Act into law.

The legislation forced all local authorities across England to provide residents with a separate collection system for at least two types of recyclable material by 2010.

During this period, household recycling rates in the country jumped from 12.5% to more than 40%.

To give recycling another boost, the government consulted on whether a consistent recycling system across all local authorities in England should be introduced.

It then proposed local authorities should be required to collect a core set of dry recyclable materials at the kerbside.

The government will seek to amend legislation to require all English local authorities to collect these materials from 2023.

Libby Peake, head of resource policy at the Green Alliance charity, believes consistency would be a positive step, but it needs to go further.

She added: “I would say that it’s certainly not guaranteed that we’re going to have consistent collections by 2023.

“And as far as what the government is aiming for, it’s more about harmonisation.

“I think, however, consistency would make it easier to give people the right messages.”

Environmental charity Hubbub’s founder, Gavin Ellis, believes there needs to be cohesion in the messages people are seeing.

He said: “I think too often recycling communication is couched in a lot of jargon and words that don’t actually mean anything to most people.

“It’s really important that we cut through that and talk to the public in a language that they really understand.”

Traditionally, those calling for a more consistent recycling system are industry figures — and not necessarily the general public.

Peter Maddox, director of the Waste and Resources Action Programme (WRAP) charity, believes it’s a “myth” that citizens are keen to have consistent collections.

“It’s an industry-wide thing about the need for consistency, but the people that want it the most are downstream businesses.

“The reprocessors want to know that what’s coming out of people’s homes is actually composed of the same set of materials because it would make it easier.

To tackle material use, businesses have been looking for new ways to package their products.

The refillable model is one method investigated over the past few years.

The first major business to get involved was coffee chain Starbucks.

In 2018, the multinational partnered with Hubbub to trial a 5p charge for hot drinks purchased in disposable cups in an effort to promote reusable containers.

Supermarket chains Asda and Waitrose have also tested refillable packaging schemes for some food and drink product, such as cereals and wine.

For the general public, water bottles are the reusable container of choice, with almost one in five consumers purchasing one between 2018 and 2019.

A quarter of people buying such products are aged between 16 and 24, with more than half wanting to reduce the amount of plastic they use.

Coca-Cola European Partners’ head of sustainability in Great Britain, Nick Brown, believes reusable containers need to be turned into “status symbols” to further their use.

“Instead, they’ve started with electric vehicles that are premium and more aspirational brands.

“The intention behind this is, as the technology gets improved over time, more people want it because they see more affluent people having it.

“And you can look at lots of different types of technology that’s been adopted using this route.

“I used to think if it doesn’t work for everyone, then it’s not the right solution.

“But I now think there’s a lot of merit in pushing something that you know is going to be a bit more expensive and appeals to someone open to spending that money.

“You can then use this to prove concepts, letting them roll down and ripple out.”

Despite this, less than half of local authorities have on-the-go recycling infrastructures.

Maddox believes this is one of the biggest barriers to improving the country’s recycling rate.

He said: “Some 99% of local authorities in the UK collect plastic bottles, and the recycling rate for PET drinks bottles is 80%.

“The problem is on-the-go, where we do not have the infrastructure in place.

“We’re talking about harmonising it in the home, where we’ve made some good progress.

“The real question is how do we support local authorities, communities and councils in pushing that convenience out to other areas outside the home?”

Launched in October 2018, the scheme — which took place over a year in Leeds, Yorkshire — trialled ways to get people involved in recycling.

As part of this work, the company created bubble-blowing bins and “recycle for rewards” machines.

Ellis, however, found making bins that were “really clear, simple, bright, bold and playful” tended to encourage people to recycle.

He added: “You can easily overcomplicate things with rewards and that kind of thing.

“But we found the most effective thing is to make bins bright yellow and have massive icons on them.”

During its test in Leeds, Hubbub also observed how long it took for consumers to throw waste away.

Ellis said: “On average people spend less than two seconds looking at a bin before throwing something away.

“I think that’s really crucial to bear mind as most people don’t care about this stuff as much as we do.

“To most people, it’s just a bit of rubbish in their hand, and they want to get rid of it as quickly as possible.

“That’s a really crucial thing, we always put ourselves in the mindset of the public — but they don’t really care that much about this, it’s not a major priority for them.

“Instead, we have to look at what they think and what are the levers for them to change, and these are often not environmental reasons.

“You can find other hooks for the message that are quite good at changing people’s behaviours, for example local pride.”

One way authorities in the UK are looking to improve on-street recycling rates is through desposit return schemes, where a consumer receives money back when a bottle is recycled.

Both the UK and Scotland’s environment departments have held consultations looking at whether such a system should be introduced.

It is set to be adopted in Scotland in 2021, with England and Wales planning to launch schemes in 2023.

Brown believes it will break down one of the biggest barriers behind people not recycling — confusion behind what can and can’t be disposed of in this way.

He said: “This will make it very clear to people what they do with their beverage packaging.

“They take it back to where they bought it from and they are given the money that they originally paid for the packaging back.

“We are assuming that it will be much simpler and the beverage industry will start communicating that more clearly.”

Furlough leave: What do businesses need to consider?

Will 5G transform online sports betting in the future?