TerraCycle CEO Tom Szaky founded the business as a fertiliser developer, before turning it into a major player within the waste sector 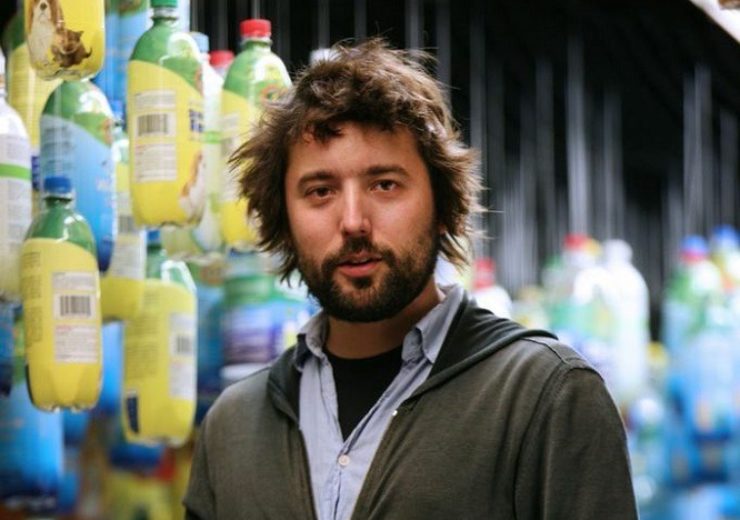 Whether it’s Peugeot’s shift from making salt and pepper grinders to creating cars or Shell’s move from antiques to energy, it’s not unusual for companies to completely change what they do. One of the more recent reinventions concerns the recycling business TerraCycle, driven by its CEO Tom Szaky.

Founded in 2001 by the Hungarian-born Canadian national — Szaky fled his homeland after the 1986 Chernobyl disaster — it was initially a manufacturer of plant fertilisers.

To date, more than 80 million people in 21 countries have helped TerraCycle recycle about five billion pieces of waste -many of which are typically considered unrecyclable – through its various platforms.

What does TerraCycle do?

The organisation has made its name through recycling items that haven’t typically been recycled.

Projects headed by TerraCycle include a drop-off scheme for recycling Walkers crisp packets, which are commonly made from a metalised plastic film that’s difficult to recycle.

Since being set up in 2018, the Walkers project has grown to the point where 80% of UK households are within four miles of a public collection point.

The company also runs Loop, a packaging system that allows brands and consumers to reuse containers.

Customers can buy items from leading brands like Gillette, Body Shop and Häagen-Dazs via the Loop web store – currently only available in the US but being trialled in Paris – and will receive them in a custom tote bag.

Once the product has been used, the empty packaging is placed in the tote bag and returned to Loop, which can collect — where it’s cleaned and refilled.

For a product to be a part of the scheme, containers must be durable, cleanable and circular — meaning it won’t contribute additional waste.

Loop — launched at the 2019 World Economic Forum in Davos — has relationships with drinks manufacturers PepsiCo and Coca-Cola, food giants Mondelez and Mars, as well as consumer goods producers Unilever, and Procter & Gamble.

It all marks a big change for a business that was, for its first four years, a natural fertiliser manufacturer that used worm faeces as its feedstock – even selling six million products a year before a change in direction towards recycling in 2005.

NS Packaging’s Thomas Parker speaks to TerraCycle’s 38-year-old CEO Szaky – who initially funded the start-up by emptying his savings accounts and maxing out his credit cards – on why he wanted to get into the waste sector, and the importance of being a “social for-profit” company.

TerraCycle CEO Tom Szaky on why the company changed

“We realised that if we wanted to become a product company, then the hero of that business equation is the product.

“This means we’re going to cherry-pick the very best type of garbage to make the products — everything was made from waste, including the packaging.

“We were taking the best bottles and then the best ingredients to feed the worms, and as such we would never do things like we do today — such as cigarette recycling, disposing of dirty diapers or collecting difficult-to-recycle materials.

“We decided that we needed to switch the hero of our equation from the product to the garbage, and that’s what led to what the company is today.”

Why CEO turned TerraCycle into a waste business

“I’ve always felt that business is a very powerful tool for change.

“It’s really the biggest and most powerful tool, perhaps even bigger than disease or politics, but it has to be guided by an important purpose.

“Ideally this purpose is one that helps the planet and society be better rather than just for the sole pursuit of profit.

“That’s why I wanted to start a mission-driven organisation.

“And the topic of waste was quite fascinating to me, and still is today, because everything we buy will one day be the property of the waste industry.

“For how immensely large that is, the net amount of innovation is incredibly low.

“I think people don’t desire to be involved in the waste industry.”

Importance of working with big businesses

“Any environmental advocate out there, no matter what they’re campaigning about, will say that there’s very little time to save the planet.

“If you accept that, and also if you want to scale quickly, then it’s better to work with large organisations and to get them to shift their practices — instead of competing with those organisations with alternative practices.

“We found that the best way to do that is to go to consumer product companies – the producers and retailers – and embed our practices into their way of business.

“And when we do that, then the scale gets very big very quickly, which is quite exciting.”

“Our point of view is that TerraCycle Inc is a social for-profit business.

“You can do that in many ways, I define it as saying we put mission first and profit second.

“So when we make a business decision, we ask ourselves two questions.

“We first ask whether what we’re contemplating doing is going to help us further our mission to eliminate the idea of waste?

“And only if the answer is yes to that question, do we then ask if it’s a good business proposition?

“And then if the answer is yes to that, then we would execute.”

“This means that it may do things that are very profitable, but is not so purposeful — so the purpose is sort of an afterthought.

“The way we try to interact with producers and retailers typically is we try to show them how — by working with us — we can help them win in what they’re looking to do.

“This is maybe increasing their market share or to get more people to like their organisation than another one.”