Should I stay or should I go? What the tech industry really wants from Brexit

With a diverse and mobile workforce, the UK tech industry could be eager to make the move offshore post-Brexit - but others hope that key assurances from government could persuade many technology companies to stay 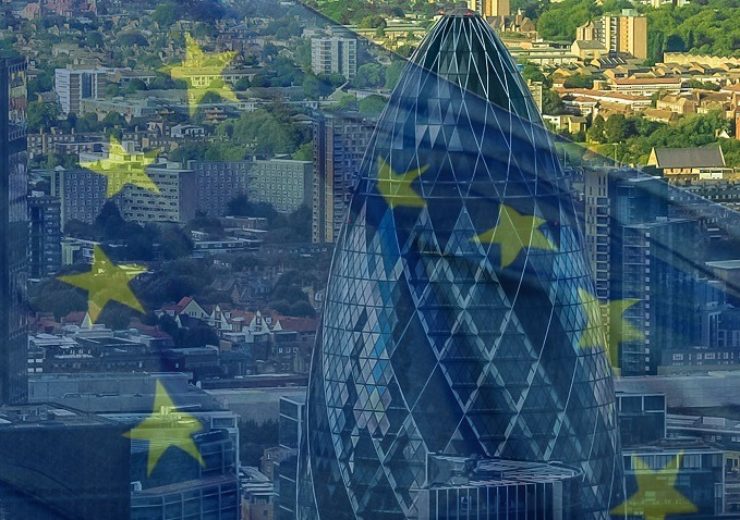 With just over a month until Britain leaves the European Union and no agreement forthcoming on a Brexit deal, the country has never been so divided – and the tech industry is no exception.

Two of the UK’s main lobbyist groups for the industry – which brings in an estimated £184bn to the economy – are split between remain and leave as the clock ticks down on 29 March.

On one side is TechUK, a trade body that represents 900 companies that collectively employ 700,000 people, which has come out in support of Theresa May’s proposed Brexit deal in order to avoid the consequences of a no-deal scenario.

Sitting on the other side of the fence is Tech for UK, a group backed by leading members of the UK tech sector, which is lobbying Parliament for a second vote on Brexit, with the option to remain.

But which side does the majority of the UK tech industry really fall on and what assurances do its companies want from politicians?

TechUK was initially keen to support the withdrawal agreement, favouring it over a no-deal scenario in which the UK would leave the EU without any agreements in place.

In its November statement, the organisation urged MPs to support the deal, saying: “Compared to the real alternative of no deal, it would provide an acceptable course to mitigate some of the most negative impacts of Brexit.

“This deal is a long way from perfect and will leave a lot of uncertainty but our view has always been that a bad deal that gives scope for a better outcome is substantially better than the real hazard of no deal.”

However, Prime Minister Theresa May’s proposed deal was rejected by 230 votes in Parliament in December – representing the largest defeat for a sitting government in history.

Amendments have also been rejected and Mrs May has been defeated over Brexit proposals ten times in the House of Commons to date.

Following the rejection of the initial withdrawal agreement, TechUK commissioned a survey of the UK tech industry, asking companies what their their hopes were for further Brexit agreements.

The poll found that 51% of TechUK members favoured a second referendum but TechUK CEO Julian David continues to refer to a “soft” Brexit agreement as the best option.

Commenting on the survey, he said: “TechUK has consistently warned of the dire risks of a disorderly exit from the EU.

“The withdrawal agreement would have provided a workable route forward, but this has been overwhelmingly rejected by Parliament.”

“Our polling suggests that many of our small and mid-sized members in particular do not have the resources or information needed to effectively prepare for no deal.

“They want a deal that works and a future relationship that retains a high level of alignment and access to the EU market on issues that matter to the sector, such as the free flow of data, regulation and the availability of talent.

“We believe a simple ‘Canada-style’ free trade agreement would not be an acceptable outcome for most of techUK’s members.”

Tech for UK’s stance on Brexit

In comparison, Tech for UK’s position on Brexit has been unequivocal.

In a letter to the Prime Minister published on 15 November 2018, it said: “Brexit is a dire threat to the UK tech industry.

“Leaving the EU’s customs union, single market, digital single market, VAT area and regulatory framework (in whole or part) will tear apart the bedrock on which our industry operates and cause us grave harm.”

Its proposal for a second referendum on Brexit currently has more than 1,000 signatories, including Lastminute.com co-founder Martha Lane-Fox, The Dots CEO Pip Jamieson and Hubble co-founder and CEO Tushar Agarwal.

The pro-remain group of techies also held an anti-Brexit hackathon to create tools to promote a “people’s vote”.

The results included the Compare the Brexit website, which compares the consequences of different Brexit deals, myeu.uk, which shows what benefits the EU has brought in a user’s region and the Final Say app, which lets users leave a voice memo for their local MP requesting a final say on Brexit.

How the tech industry has reacted to Brexit

Although the technology industry is not currently witnessing the mass exodus seen in the manufacturing sector – there are fears that a hard Brexit could cause several tech firms to leave.

Research by data analytics company GlobalData found there were more than 55 Brexit-related investments in Ireland last year in the areas of fintech and data centres, while in Germany, foreign direct investment figures for 2017 rose by 21% because of its ability to attract tech start-ups from the UK.

David Bicknell, principal analyst in the technology thematic research team at GlobalData, says: “The government always talks a good game about winning the global race in areas like AI, but the UK seems to be setting out to try and win the race with its legs tied together.

“Even Mo Farah would struggle with that. If the government expects the UK’s tech sector to continue to thrive, it has to create the conditions for it to do so, not destroy them.”

Eggplant, a London-headquarted software testing company that employs 200 people and has a revenue of $50m (£38.67m), has no plans to relocate post-Brexit.

Company COO Antony Edwards tells Compelo: “As a technology business, the Brexit impact on supply lines doesn’t really impact us so the direct impacts are things like data protection, staff concerns and the slowdown of the UK market.

“Because of the tech industry’s global nature, it is a bit more resilient to short-term issues.

“The UK also has a good education system and produces people competent in computer science, as well as having several of the top tech universities in the world.

“If Brexit goes particularly badly, the UK will also be a very cheap place for companies to operate.

“The tech industry in the UK has been offshoring for years so if the UK ends up becoming a low-cost region then, perversely, it could be beneficial.”

The two assurances the tech industry wants from politicians

The tech industry is a particularly mobile and diverse one employing people from a wide range of nationalities.

Eggplant benefits from freedom of movement laws within the EU, with only 50% of its staff being UK nationals.

“If the government introduces certain policies around immigration following Brexit, it could have a detrimental effect on our business.

“It would effectively put us on a six-month pause on our product development.”

The second concern is around changes to data protection laws.

As a member of the EU, the UK currently has to comply with GDPR but this could change depending on the terms of the withdrawal agreement.

Mr Edwards adds: “Under current data protection laws, personal information such as email addresses and work addresses can be exported from Germany to the UK and processed by someone here – which is where our support team is.

“If we suddenly have no data protection agreement with Germany, that support request can’t come to the UK so we would need to either form a support team in Germany or all our German customers could hypothetically disappear because we can no longer support them.

“Clarity would be also be nice because normally a company like Eggplant would operate with a two-year horizon and, at the moment, it’s impossible to scenario plan before the end of March.

“We’ve gone from working with a two-year horizon to a two-month one.”