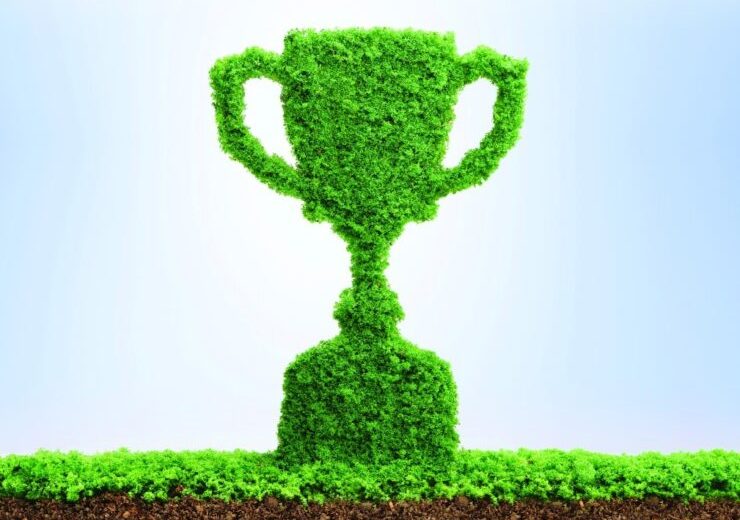 Ecotricity became not only the first to supply renewable energy in the UK, but also the world’s first green electricity supplier (Credit: pogonici/Shutterstock)

Dale Vince, OBE, has been hailed as a ‘green guru’ for his work in the sustainable energy sector. In 2018, the football club he owns, Forest Green Rovers, was called the most environmentally friendly in the world by FIFA and the entrepreneur was named a climate champion by the UN for the recently launched Sports for Climate Action initiative. He speaks to Chief Executive Officer magazine writer David Harper about his work promoting sustainable energy for the masses.

Beginning in the mid-90s with a solitary windmill, following time spent as a new-age traveller living in a caravan, Dale Vince founded the electric energy company Ecotricity. The business became not only the first in the UK to supply renewable energy, but also carried the distinction of being the world’s first green electricity supplier.

It went on to initiate the world’s first national charging network for electric vehicles, while the car Vince built, the Nemesis, also held the electric vehicle land-speed record until recently.

He also bought Forest Green Rovers, a small football team in the Cotswolds, UK, back in 2010. He’s since transformed the club, which is now part-owned by Arsenal defender and Spain international, Hector Bellerin – now the second-largest shareholder at the club.

“He got in touch and said he liked what we were doing,” says Vince. “He said, ‘I’d like to be part of the family’ – in his own words – and we talked about a few different things. And then he said, ‘how about becoming a shareholder?’ We did that, which is nice. He’s now involved in some tree planting initiatives. I think he’s got a water project going on as well and some clothing work. So, we’re talking about all the different things we can do together.”

Besides football, the CEO is involved in a number of other green schemes that may be of considerable interest to Bellerin. Over the summer of 2020, he announced the launch of what he called, “the world’s first and only diamonds, made entirely from the sky”.

Vince and his team in Stroud, Gloucestershire, have created a way to take carbon out of the sky and turn it into something enduring – a fully certified diamond, recognised by the International Gemological Institute, just like those mined from the ground.

According to the team, it has taken over five years to perfect the process, the finer details of which remain highly confidential, to turn atmospheric carbon into actual diamonds at the company’s UK sky mining facility.

The carbon used to make the diamonds is taken from the atmosphere, the wind and sun provide all the energy and the water used is captured rain.

According to Vince, the Skydiamond is not just the world’s very first zero-impact diamond – it’s also carbon negative, making the air cleaner. Vince says its creation is a way to challenge the traditional diamond mining industry, which causes damage to the planet.

A recent white paper on the impact of traditional mining drafted by researchers from Imperial College London, working independently via Imperial Consultants, detailed irreversible damage to endangered environments across the planet including deforestation, terrestrial acidification, air emissions, the re-routing of rivers and the dredging of riverbeds, groundwater contamination, and massive carbon emissions.

To produce a one carat stone, a diamond mine will shift 1,000 tonnes of rock and earth, which weighs the same as around 625 cars. That same one carat diamond will require an incredible 3,890 litres of water – enough to make 14,000 cups of tea – and it will generate 108.5kg of CO2 emissions, enough gas to fill two shipping containers.

Production will be strictly limited, making these stones the rarest diamonds on the planet, according to Vince.

“The idea came about ten years ago, when I was thinking even if we could take carbon out of the atmosphere on that scale and make a difference, we suddenly have to lock it up into some engineering form. I was struck by the thought that the most enduring form of carbon known to mankind is diamond,” he says.

“So, I thought, wouldn’t it be amazing to join those two things up? About seven years ago, we set out to try and do that, and start developing a process, and we cracked it two years ago. We’ve been perfecting our recipes since then and we’re making flawless gem-quality stones now. What we found is that the amount of carbon in a diamond is actually quite small. But the amount of carbon avoided by not mining the earth is far bigger.”

While an interest in diamonds may seem an odd fit for a former new age traveller, Vince states his business philosophy about green living isn’t about giving stuff up, it’s just about doing things in a different and better way.

“Whether that’s burgers, cars, football or now diamonds, we’re saying there’s an alternate way to do it and, for me, this is 21st century technology at its best. It’s exactly what we need as it’s not low carbon or zero carbon, it processes negative carbon,” he says.

Meanwhile, on 3 November 2016, Forest Green Rovers announced the winning plan for a proposed 5,000 seat new stadium to be built within an Eco Park complex. The design is for a stadium made almost entirely of wood, including the roof cantilevers. It will be able to increase in size to 10,000 capacity depending on the club’s success.

In 2018, Forest Green Rovers became the first football team in the world to be certified carbon neutral, under the United Nations Framework Convention on Climate Change (UNFCCC) initiative Climate Neutral Now, and has also been named the first vegan football club.

“They were planning a global campaign to get the world of sport involved in the fight against climate change, and they’d seen what Forest Green were doing and it’s everything they imagined,” he explains.

“We had a meeting with them and a few sports organisations from around the world. I remember the Japanese FA were there, the San Francisco 49ers and the German FA were there as well, and the idea was kicked around about three years ago.

“We were a founding signatory and I became a climate champion for the scheme, which is made up of about 200 organisations. The great and the good of global sports bodies, not just clubs but organising bodies as well. Sailing, cricket, rugby, tennis, you name it.”

An economic benefit to sustainable energy

Beyond the sporting world, he recently launched a ‘manifesto’ for businesses and governments to improve their sustainability credentials. In the UK, the government announced £12bn of investment to “create and support up to 250,000 highly skilled green jobs in the UK”, but many have lamented that this hasn’t gone far enough to address the existential threat of climate change.

“I feel that there’s no joined-up plan out there in terms of how we do this,” Vince says. “And too often it is presented or comes across as a very difficult, complex thing that people can have very little impact on and I think the truth is removed from that. It’s just about how we power ourselves to travel and what we need to change, in terms of fossil fuels and factory farming. And if we do that, we solve everything.

“We’ve lost the first half of that vital decade the UN flagged that we have left to avoid the worst effects of climate change, and it’ll be more important than ever that we get to grips with the problem.

“One of the things that I share is that there’s actually real economic reasons to make these changes, it’s more economic to do things through renewable energy. Directly in terms of money, but also in knock-on effects to human health as well.”

His football club’s promotion of a vegan diet when the players are in attendance at the team’s facilities adheres to this healthy living philosophy.

He says it’s the thing that grabs everybody’s attention the most, especially after the team’s promotion to the football league via a playoff final at Wembley, England’s national stadium. Indeed, it was also an important factor in Hector Bellerin’s interest in the business, as the player follows a vegan diet.

“I think it’s an improbable combination of football and environmentalism that has captured the imagination of people,” he concludes.