Despite the grounding of flights in the UK due to drone misuse, GlobalData analyst Gary Barnett warns that strict drone legislation could prevent the technology's benefits from being fully realised 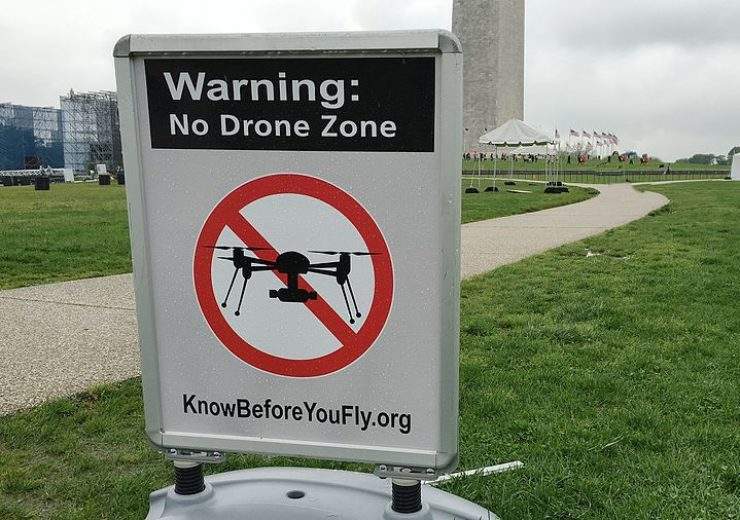 Hobbyists and recreational users could be affected by tighter drone legislation to prevent misuse – but regulators must consider the impact on businesses that want to use the technology for services like deliveries and medical assistance, says an analyst.

The UK government and Civil Aviation Authority (CAA) today (20 February) announced a tightening of drone regulation in Britain after London airports Heathrow and Gatwick were brought to a standstill by unmanned aerial vehicles flying over their airspace in recent months.

How big is the global drone market?

The global market for drones, as of October 2018, is estimated to be worth $17bn (£13.05bn), according to data analytics group GlobalData.

Currently, the biggest spenders on drone technology are governments, which account for three-quarters of the market.

However, with growing civilian and commercial applications, this is expected to change.

Ian Savage, head of retail at Jessops, one of the main stockists of civilian drones in the UK, said: “Drones are one of the most exciting ways of capturing stunning aerial photos and videos and, with prices more affordable than ever, they are within reach of any budding photographer and videographer.

“Many are intuitive and simple to operate, making them ideal for beginners, while the more sophisticated models now offer features such as full manual control of the camera and stunning 4K 60 frames-per-second video, that help advanced photographers take their shots to the next level.”

The retail chain recently announced that it would be hiring two drone specialists to train staff and customers about drone rules and legislation.

The use cases of drones in the public services, medical emergencies and for deliveries are also increasing.

However, many of these advancements would require drones to be capable of flying beyond the visual line of sight (BVLOS).

The GlobalData report, titled Drones: Thematic Research, notes that most regulatory bodies worldwide have been reluctant to allow BVLOS technology to be commercially available because of “concerns over their use for unethical practices”.

But industries such as oil and gas, insurance, construction and delivery services will witness a “boom in their business opportunities” if strict drone legislation is avoided.

Mr Barnett, chief analyst for technology thematic research at GlobalData, said: “The enthusiastic adoption of drone technology by both individuals and enterprises faces regulatory barriers in many countries, driven by a combination of security and safety concerns.

“However, compelled by industrial demand, several governments are gradually undertaking regulatory reforms relating to the use of drones in commercial airspaces.

“This, in turn, is fuelling investment for technological improvements and business prospects.”

Anti-drone technology is another area of the drone tech sector the GlobalData research expects to benefit from recent drone misuse.

The report notes: “The US Department of Defense (DoD), which considers drones to be
military assets critical for warfare of the future, has initiated 90 different programmes to develop counter-unmanned aerial systems with a budgetary allocation of $1.5bn (£1.15bn) in 2019.”

Earlier today, the Department for Transport announced it would expand no-fly zones, banning the use of drones and model aircraft from being within 5km of runways.

As part of the drone safety legislation, which will come into force from next month, the government will grant new stop and search powers to police to prevent drone misuse.

The new drone bill will give police officers powers to search people suspected of using drones “maliciously” above 400ft or within 5km of an airport.

Transport Secretary Chris Grayling said: “The law is clear that flying a drone near an airport is a serious criminal act.

“We’re now going even further and extending the no-fly zone to help keep our airports secure and our skies safe.”

Home Secretary Sajid Javid added: “Extending stop and search to include drones will help police tackle disruption like the recent misery we saw at UK airports, when travel was ruined for thousands of innocent passengers, and bring those responsible to justice.

“Police are clear that stop and search is one of the most powerful tools they have to target and disrupt crime and I remain committed to giving them all the support they need to protect the public.”