The House of Fraser takeover and competition from the likes of Boohoo.com and JD Sports has led to a slump in Sports Direct profits, says GlobalData retail analyst Amy Higginbotham 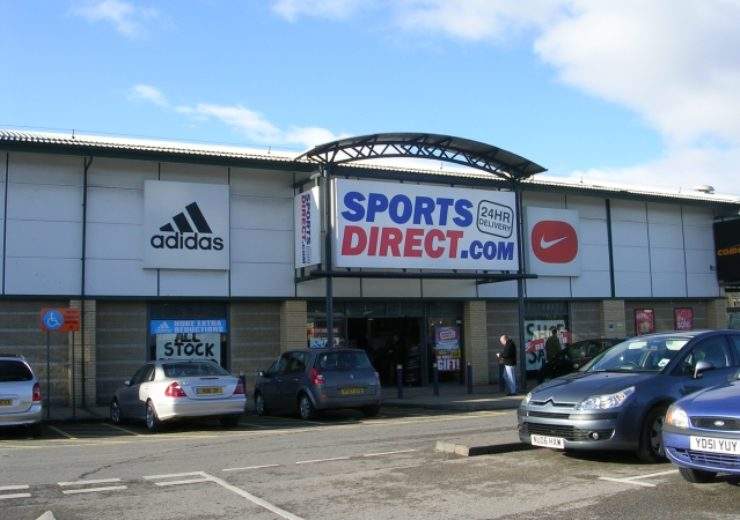 Sports Direct profits have taken a hit as the retailer was warned it’s “not immune to the challenges of the high street”.

The sportswear company’s £90m acquisition of House of Fraser in August – with a further £70m invested in the ailing department store chain – led to underlying profits before tax falling by 27% to £64.4m in the half-year period to 28 October.

Founder and chief executive Mike Ashley admitted the Sports Direct Group had “significant challenges ahead in turning House of Fraser around” – despite claiming he wanted to turn it into the “Harrods of the high street” after buying the business.

But analysts said the company faces “deep rooted problems” across the board – and claimed it is struggling against rivals like boohoo.com, JD Sports and Mountain Warehouse.

As Sports Direct profits fall, what are the other figures?

While the House of Fraser takeover has contributed to the Sports Direct profit drop, it helped revenue to grow by 4.5% to £1.79bn.

Excluding the acquisition, and on a currency neutral basis, group revenue increased by 2%.

In a statement to the London Stock Exchange, Mr Ashley reiterated his belief the previous House of Fraser ownership traded while insolvent before the buyout.

“This means we have significant challenges ahead in turning House of Fraser around,” he said.

“However, I genuinely believe we have acquired a fantastic opportunity and with the efforts of Sports Direct and House of Fraser teams, and the support of the brands, local councils and landlords, we can turn House of Fraser into the Harrods of the high street.”

Mr Ashley, who appeared in front of Parliament to discuss the future of the high street earlier this month, claimed Sports Direct had still enjoyed “another successful period” by reporting a 15.5% growth in underlying earnings before tax (EBITDA) to £180.3m – although this was down by 4.7% when House of Fraser is taken into account.

He added: “This is impressive in the context of the current struggles in the high street and shows our elevation strategy continues to go from strength to strength.

Amy Higginbotham, a retail analyst at data intelligence company GlobalData, said: “Sports Direct is not immune to the challenges of the high street, as falling UK sports retail revenue combined with the cost of the House of Fraser acquisition, damaged group profits, with underlying profit before tax down by £23.6m to £64.4m.”

She added: “House of Fraser sales were also poor in the 11 weeks to 28 October, with revenue of only £70.1m compared to over £800m for its last full financial year, highlighting the challenge Mike Ashley faces to turn the department store into the ‘Harrods of the high street’.”

Ms Higginbotham said Sports Direct’s acquisition of Evans Cycles in October “is also likely to dent group profits” in the next half-year period.

While Sports Direct has blamed its falling retail revenue on store closures and the wider struggles of the UK high street, she said its “problems are more deep-rooted than this”.

She highlighted how UK revenues, excluding wholesale, were only up 0.2% on a comparative -1.4% for the previous half-year period.

Sports Direct struggling against competition from boohoo.com and JD Sports

Ms Higginbotham added: “Though its low prices still appeal to consumers looking for value for money, Sports Direct struggles to compete with trend-led clothing specialists such as boohoo.com, whose boohooFIT range taps into the athleisure trend.

“It is also falling behind competitors JD Sports (which reported a 6.1% increase in UK sales for its H1) and Mountain Warehouse (which saw a 14% jump in like-for-like sales in the 2017-18 financial period), which both appeal to younger consumers.

“Sports Direct should consider working with influencers such as fitness bloggers and sports personalities in order to win new customers and drive brand loyalty.

“He is also opening flagship stores to create appealing destinations for shoppers, which will help the retailer to deliver stronger growth, though it cannot rely on this alone to win customers from its rivals.”