The UK company is quadrupling its weekly production and has pledged to deliver 10,000 new devices 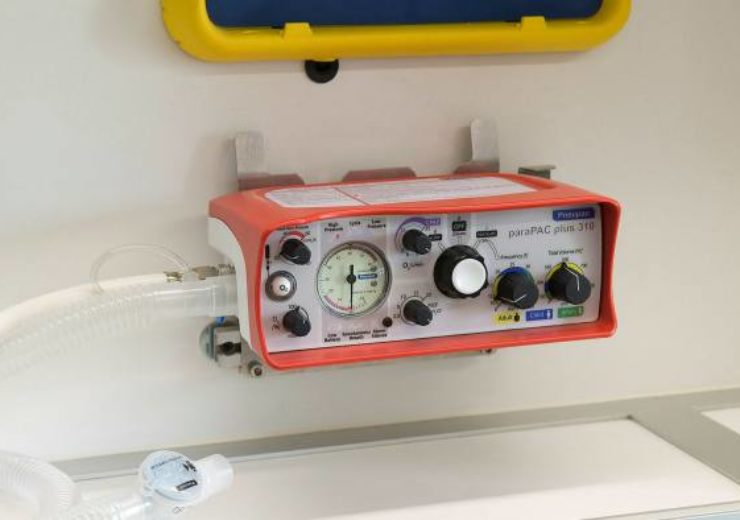 There’s an estimated shortage of 880,000 ventilators worldwide that needs to be plugged to save lives during the Covid-19 pandemic – prompting manufacturers from medical and non-medical fields to join forces to scale up production. In the UK, Smiths Group is leading a national effort alongside Airbus, Rolls-Royce and the McLaren F1 team to make more of the breathing aid machines, itself pledging to supply 10,000 units. Courtney Fingar finds out what this involves from chairman Sir George Buckley.

With the UK racing against time to contain Covid-19 and bracing for an outbreak that is likely to overwhelm the healthcare system, shortages of vital medical equipment are now matters of life and death.

This has sparked a scramble by makers of specialty medical devices to ramp up production of what are normally low-demand, low-volume products in incredibly short timeframes.

One company that has suddenly found itself in this position is London-based Smiths Group, a diversified engineering and technology business whose division Smiths Medical is one of the UK’s few producers of ventilators.

The government has put out an urgent call for 5,000 additional ventilators to be provided within the next two weeks and 30,000 within a few months. Smiths has already put in motion plans to scale up production of its PARAPAC Plus ventilators at its Luton facility.

“We are doing everything possible to substantially increase production of our ventilators at our Luton site and worldwide,” Smiths CEO Andrew Reynolds Smith said in a 21 March statement.

“Alongside this, we are at the centre of the UK consortium working to set up further sites to materially increase the numbers available to the NHS and to other countries impacted by this crisis.”

In addition to the immediate need for more ventilators in the UK, Smiths is working to fulfil some 25,000 orders it has received from Italy and Germany, and is also in talks with contract manufacturers to increase capacity in the US and other countries to help meet global demand.

In normal times, a few dozen employees working one shift five days a week in Luton turn out between 100 and 200 units a week.

This could increase to between 200 and 300 employees working across three shifts, seven days a week, producing four-times the usual amount.

Workers at Smiths’ detection business in Hemel Hempstead are being redeployed to help fill the gaps.

“These are skilled workers that can be retrained. It is an assembly job for the most part and they can do it,” Smiths chairman Sir George Buckley, the former chief executive of 3M, says.

Smiths is not the sole solution to the ventilator shortfall. Various consortia are working on plans to adapt existing ventilator designs, licence designs from overseas producers or create a whole new British-made prototype.

The portable ventilators made by Smiths, which do not require external power sources, are used primarily in ambulances as opposed to intensive care units where patients tend to be put on heavier-duty ventilators.

But as a key domestic producer with supply chains and production processes already in place — and a regulatory-approved product in the market — Smiths clearly is central to the plans.

“We are not only willing but anxious to help,” Sir George says.

Smiths chairman on the coronavirus pandemic

Scaling up production quickly is something Smiths is confident it can do, but for how long?

The open-ended nature of the coronavirus crisis and uncertainty over how long it will last makes long-term planning difficult.

“When looking at a [crisis], you need to calculate two things: how long and how deep,” Sir George says.

“The propagation of disease is what we engineers call a diffusion phenomenon.

“The same physics equation that can be used to explain how products penetrate a market — an S Curve — can be used to calculate how long the coronavirus outbreak will last. My best guess is the entire cycle will take about seven months.

“What we are working on is figuring out where will this go economically, what will be the impact? It’s horrifying and fascinating at the same time.”

Though the most urgent ventilators will not be the only product to see increased demand as the pandemic rages on.

In addition to ventilator units, Smiths is also increasing the production of specialist ventilator hoses through its Flex-Tek division in the US to supply ventilator manufacturers globally.

“It starts with ventilators but all the medical equipment that companies like Smiths make will at some stage see increased demand,” Sir George says.

“For example, we make catheters and puncture systems. We are a leader in infusion technology, for drugs being infused into the body, that may come into play [with Covid-19].”

While a large uptick in product demand has a clear upside for revenues, companies supplying life-saving equipment tread a delicate line between doing their part to meet demand and being seen to profit from an international health crisis.

Smiths has vowed not to increase prices; its ventilators are reportedly sold for less than £5,000 ($6,200) each.

“There is an ethical dimension to this for companies, about not only doing everything they can to help but also not gouging. In a sense the volume itself will be beneficial enough.”