Samsung to invest $5bn to achieve zero emissions by 2050 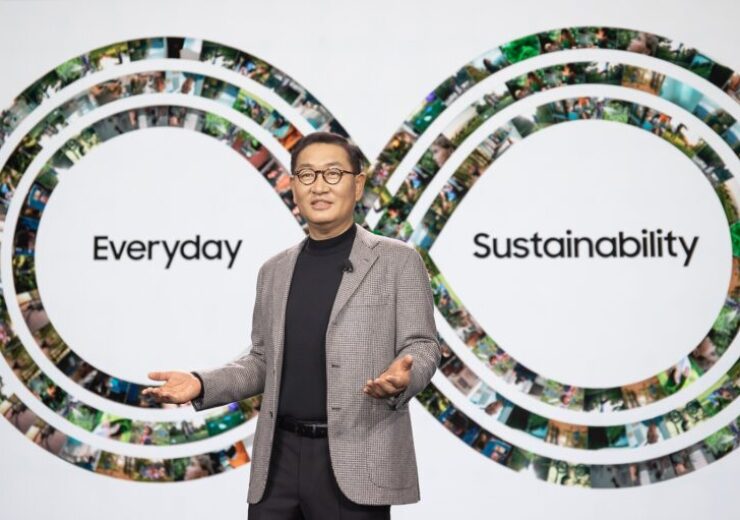 Samsung Electronics will invest over KRW7 trillion ($5bn) by 2030 as part of its environmental initiatives aimed at mitigating process gases and expanding electronic waste collection to become carbon neutral by 2050.

Within five years, the Korean conglomerate aims to supply all of its global markets where it operates, outside of its home country, with renewable energy to match the requirements for electric power, as part of the commitment.

By 2030, the group intends to install treatment facilities on its semiconductor manufacturing lines. It will also develop new technologies in order to considerably reduce process gases emanating from the manufacturing of semiconductors.

To lessen the use of LNG boilers, Samsung Electronics said that it will keep on expanding waste heat utilisation facilities, while considering the usage of electric heat sources.

The new strategy is said to significantly broaden the scope of the group’s existing investments and programmes in climate efforts.

Samsung Electronics vice chairman and CEO Jong Han said: “The climate crisis is one of the greatest challenges of our time. The consequences of inaction are unimaginable and require the contribution of every one of us, including businesses and governments.

“Samsung is responding to the threats of climate change with a comprehensive plan that includes reducing emissions, new sustainability practices and the development of innovative technologies and products that are better for our planet.”

The group also aims to reduce power consumption levels by an average of 30% in 2030 compared to products having the same specifications in 2019. For this, it plans to integrate low-power technologies into the major models of consumer electronics products.

The consumer electronics products, which will have low-power technologies include smartphones, washing machines, refrigerators, TVs, air conditioners, monitors, and PCs.

The South Korean group is also planning to develop clean air technologies such as new filtration systems. These will help it bring down particulate matter with plans to expand usage to local communities starting in 2030.

Samsung Electronics also has investment plans for start-ups that support cutting-edge green technologies. Through its internal venture incubation and external start-up acceleration programme called C-Lab, the group is said to have been supporting initiatives and projects that can address climate change.