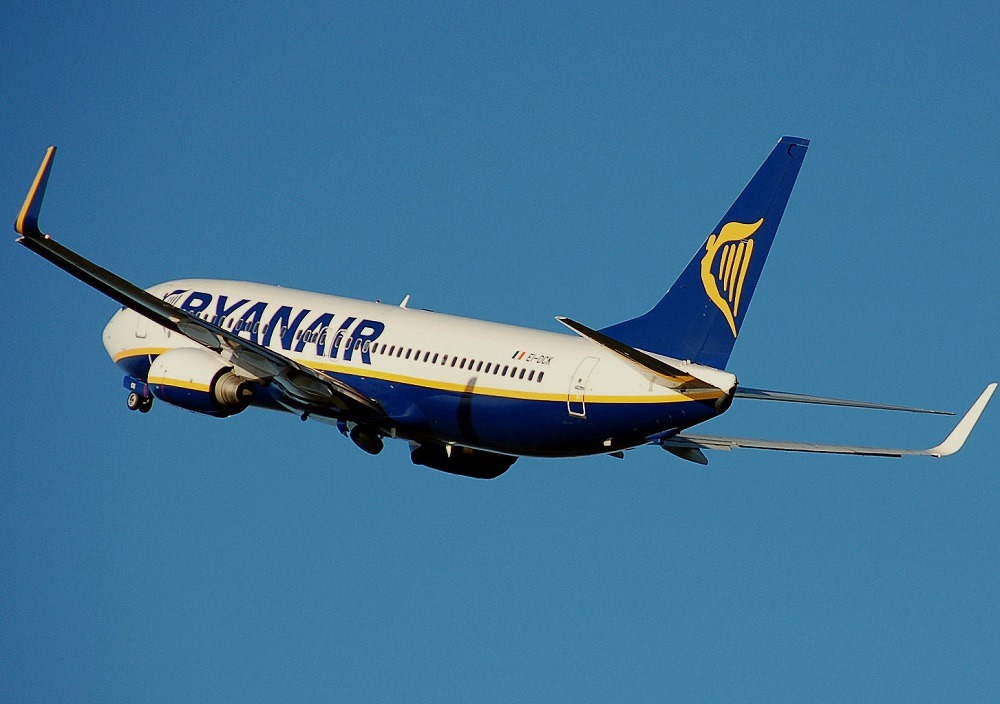 Low-cost Irish airline Ryanair has become the first airline to break into a list of the top CO2 emitters in Europe.

The budget airline comes in at number ten on the list, while the rest of the continent’s biggest polluters remain coal-fired power plants.

Ryanair’s carbon emissions rose 6.9% in 2018 as it created almost ten million tonnes of CO2 pollution, according to Emissions Trading Statistics (ETS) released by the EU today.

Andrew Murphy, aviation manager at Transport & Environment, a European non-governmental group for cleaner transport, said: “When it comes to climate, Ryanair is the new coal.

“This trend will only continue until Europe realises that this undertaxed and under-regulated sector needs to be brought into line, starting with a tax on kerosene and the introduction of mandates that force airlines to switch to zero-emission jet fuel.

Ryanair’s figures were in line with ETS statistics for the aviation industry as a whole, which saw a 4.9% increase in CO2 production between 2017 and 2018.

In contrast, emissions for all industries declined by 3.9% over the same period.

CO2 pollution created by European airlines has increased by 26.3% over the past five years.

This continued rise means the aviation industry is forecast to become the single biggest emitter within the next 30 years, as coal plants are phased out and other industries continue to cut their carbon output.

One possible alternative to the highly-polluting kerosene, which is used in jet fuels, is electrofuels – a method of storing electrical energy in a liquid form.

The total carbon emissions recorded by the ETS in 2018 topped 1.75 billion tonnes of CO2.

The coal-fired power plant produced 32.3 TWh of electricity in 2017, which accounted for 21% of the country’s total power output.

The Bulgarian energy company TPP Maritsa East 2 EAD is the owner and operator of the biggest coal-fired power plant in the country.

The company is yet to post its emissions for 2018, meaning it is recorded as having the same total as the last year, which places it as number eight on the list.

Despite the company’s record-high CO2 emissions, Ryanair continues to claim to be “Europe’s greenest airline”.

A spokesperson for the company said: “Ryanair is Europe’s greenest & cleanest airline. Passengers travelling on Ryanair have the lowest CO2 emissions per km travelled than any other airline.”

In 2018, it launched a new environmental policy which committed to going plastic free within five years, pledged to cut CO2 emissions.

Speaking at the time Ryanair’s chief operating officer Peter Bellew said: “Our environmental policy cements our commitment to continuously improving the carbon efficiency of our operations.

The complete list of Europe’s top ten CO2 emitters in 2018 and their growth from the previous year, according to ETS figures.