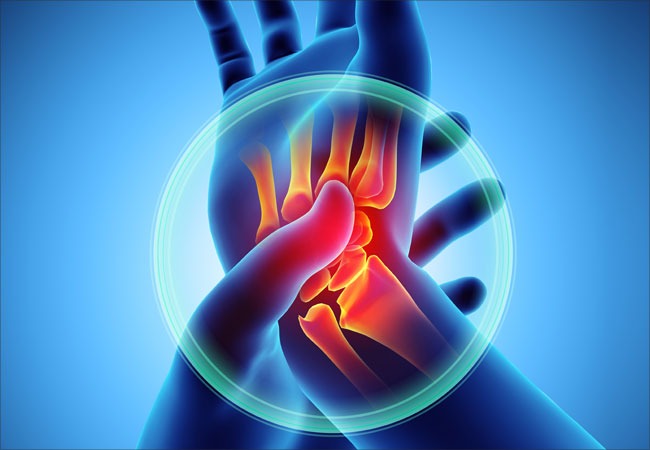 Rheumatoid arthritis (RA) can be detected within two minutes using a new, non-invasive diagnostic method developed by a research team in the University of Birmingham’s School of Computer Science.

It combines 3D digital imaging with infrared spectroscopy to create a 3D image of blood content inside the hands of patients that can be used to produce an objective, quantifiable assessment.

“The system we have developed offers a low-cost, objective way of detecting the disease and potentially grading how advanced it is.

“We hope, in time, it will enable clinicians to diagnose the disease earlier and offer personalised treatment plans for patients.”

How does the new diagnostic test detecting rheumatoid arthritis work?

The new technique requires the patient to place their hand inside a scanner that creates a 3D model of it, measuring its size, form and structure.

Prof Dehghani explained to NS Medical Devices: “The process works by shining a red/near infrared light through the finger joint and imaging how the light comes out on the other side.

“We know that light is absorbed differently depending on the biological conditions, so that inflammation, hypoxia and edema will affect how light travels through tissue.

“We have seen and shown that we can detect and monitor inflammation and hence onset of Rheumatoid Arthriris using this detected light, which is an advancement over other techniques as it is relatively cheap and non-hazardous (as compared to x-rays).

“Therefore we can image fingers as routinely as possible to allow us to monitor the progression of disease.”

In a pilot study, the team examined 144 joints from 21 rheumatology patients and were able to detect accurately inflamed joints, the results are published in the Journal of Biomedical Optics.

Prof Dehghani says this method becomes important, so that when people are showing early signs of RA, the clinician can then prescribe a suitable treatment and we can monitor to see how the patient is responding to this treatment.

Also, the clinician can alter the treatment, thereby improving patient response and therefore quality of the outcome and in the long term it will reduce patient anxiety and the overall costs to the NHS.

The economic cost of rheumatoid arthritis

Rheumatoid arthritis can be difficult to diagnose in its early stages, because the early signs and symptoms mimic those of many other diseases.

The chronic disease, which affects more than 1.3 million Americans and almost 500,000 people in the UK, has different results depending on the patient, and is the third most common type of arthritis behind osteoarthritis and gout.

According to the Parliament report, in 2009, the economic impact of RA in the UK was estimated to be $697.47m per year in direct healthcare costs, but the disease had a much larger impact on sick leave and work-related disability, which resulted in an additional cost of $2.24bn a year.

Current traditional methods of diagnosis rely on a combination of standard physical examinations by a consultant rheumatologist, blood tests and scanning by X-ray or ultrasound, which can be time-consuming and lack some sensitivity to soft tissue changes early in the course of disease.

Another limitation is that the procedure can be subjective, requiring highly-trained staff.