Renewable energy investments in developing countries: These are the five leaders

In 2017, renewable energy investments in developing countries were $74bn (£56bn) higher than those in advanced economies - but which nations are leading the way? 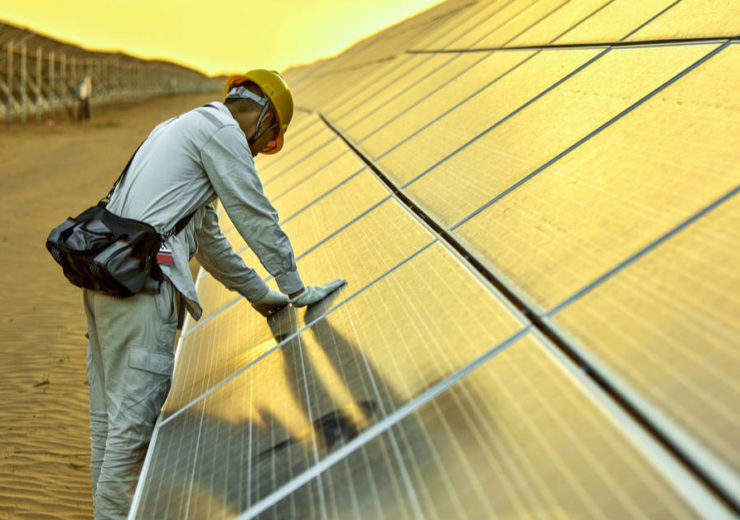 While funding clean tech in advanced economies has declined over the past decade, the opposite is true of renewable energy investments in developing countries.

There is often talk in international circles about the importance of building s sustainable future by making such investments but in the US and European Union, they have not always practised what they preached.

Instead, nations with higher rates of poverty and emerging markets are leading the charge towards a global economy based on alternative energy.

Developing countries first overtook developed nations in 2015 and the investment gap grew to $74bn (£56bn) last year, according to Statista.

Will this trend continue? The answer is a firm “yes” for at least the foreseeable future, believes economics and finance expert Austin Hooe – who looks at five countries that are leading the way.

As the graph above demonstrates, renewable energy investments were low for both developing and developed countries in the early 2000s.

Investments in developing countries continued to grow until 2011.

That year, renewable energy investments reached an all-time high of about $200bn (£152bn) in developed countries. Developing countries invested just under $100bn (£76bn) during that period.

Interestingly, the trends change after 2011. This shift is likely due to falling solar energy prices and Chinese state-led development.

This figure is about half of the contributions of developed countries in 2011. We should take note that renewable energy investments by developing countries swelled to $177bn (£135bn) in 2017.

This figure has not yet matched the contributions of developed economies in 2011, but it is close.

Developing countries represent about 63% of all renewable energy investments.

Given that it has the second largest economy in the world, it might be a surprise to see China on this list but the World Bank regards it as a developing country because its per capita income is still a fraction of that in advanced countries, while its market reforms are incomplete.

It adds: “According to China’s current poverty standard (per capita rural net income of 2,300 Chinese yuan per year in 2010 constant prices), there were 55 million poor in rural areas in 2015.”

China is driving more than 70% of renewable energy investments among developing countries, according to the Frankfurt School.

Most of Chinese investments are focused on solar and wind energy industries.

When you consider the entire mix of players among both developed and developing countries in the renewable energy sector, China is still a dominant investor.

The country accounts for 45% of all global renewable energy investments.

This figure is impressive, but it is unclear if it can maintain its contributions over the long-run due to a growing deficit.

Economists are particularly concerned that China’s state-led investments concerning renewable energies and infrastructure may be met with the problems that undermined Latin American development between the 1960s and 1980s.

State-led investments and enterprises are notorious for corruption and misallocation problems.

While China may help trigger a global shift to renewable energy, the investments are not driven by altruism.

Chinese investments are an effort to curb pollution, usher in an era of energy independence, and develop the economy..

Brazil is a much smaller player than China, but the country still contributes a sizeable portion to the global mix of renewable energy investments.

In 2017, Brazil invested $6bn (£4.6bn) in the renewable energy sector. Brazilian investments increased by 8% since 2016, according to the Frankfurt School.

Despite recent growth in the renewable energy sector, Brazil is still lagging behind 2008’s massive investment of $11.5bn (£8.8bn) in biofuels.

Brazil is currently facing a variety of economic and political problems, so renewable investment growth may be sluggish in the near future.

In 2017, India was the second-largest developing country investing in renewable energy technologies.

However, unlike China, India’s investments have declined by 20% since 2016.

India focused its investment efforts on solar and wind energy during in 2017.

India aims to reach 100 gigawatts (GW) of solar energy by 2022, but recent estimates suggest that India is not on track to reach this goal.

Perhaps the government of India will ramp up state-led investments, subsidies, and tax credits to spur progress in the coming years.

Since 2016, interest in sustainable power surged dramatically. In 2016 and 2017, 27 impact studies were carried out in preparation for Central American renewable energy projects, with seven of these studies were conducted in Costa Rica.

The renewable energy projects will require an investment of $254m (£194m).

Costa Rica should be able to obtain all the capital it needs for the renewable energy projects.

In 2017, the Central American country obtained 100% of its energy from alternative sources. This publicity is attracting global investors to Costa Rica.

African markets have been heavily invested in by Chinese nationals.

Despite the high flow of capital into the continent, rapidly growing countries are facing energy supply shortages.

Nigeria, a country with a large supply of oil, is turning to renewable energy to solve its energy dilemma.

Planners in Nigeria plan to produce 30% of the nation’s energy from renewables by 2030.

The plan will focus on the development of hydropower stations along major rivers throughout the country.

The most important project is the Mambilla Power Station. This project was made possible through a $5.79nm (£4.4bn) investment by a Chinese financial group.

The World Bank has offered the Nigerian government a $350m (£267m) loan to construct miniature solar grids in rural regions of the country.