How Rainforest Connection is saving the rainforest through old phones, solar panels and AI

Starting work in 2014, Rainforest Connection uses old mobiles and microphones to help tackle illegal logging in 10 countries across the world 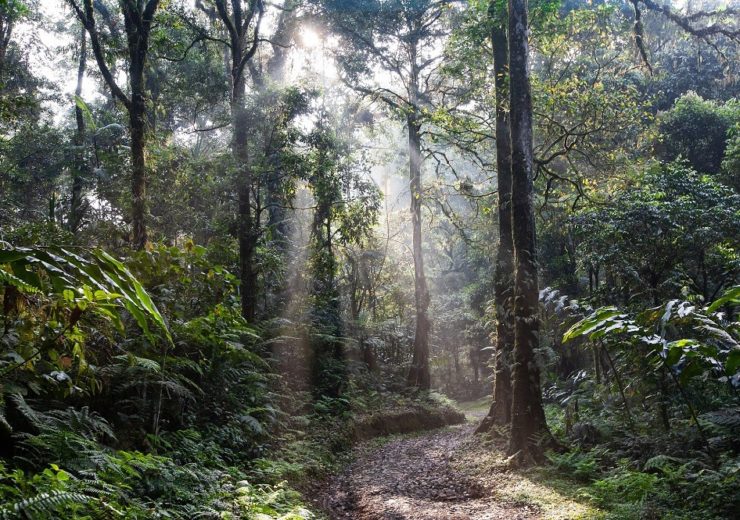 Deforestation account for around 17% of the globe's greenhouse gas production, a higher percentage than transportation (Credit: Pixabay)

From Beyond Meat’s burgers made from plants to the University of Surrey’s powerful batteries, innovators from around the world are finding new solutions to tackle climate change. One such company is Rainforest Connection — which uses old phones to help prevent illegal logging.

The environmental impact of deforestation is huge. Tropical rainforests in South America produce 20% of the world’s oxygen and offer 23% of the climate mitigation required to meet goals set by the Paris Agreement over the coming decade.

Current estimates suggest that, although forests currently cover around 30% of the world’s surface, they are disappearing at an alarming rate.

The World Bank suggests, between 1990 and 2016, the planet has lost 1.3 million square kilometres of forest, an area larger than South Africa.

Much of this loss is through illegal logging, with the planet losing forestland equivalent to 40 football pitches each minute, according to Global Forest Watch.

In an effort to prevent some of this devastation, Silicon Valley start-up Rainforest Connection is tackling the issue of illegal logging head on.

Founder and CEO Topher White explained: “The rain forest is very much under threat, and Rainforest Connection’s goal is to essentially stop illegal logging.”

Speaking at Japanese tech business Hitachi’s NEXT conference in Las Vegas, he added: “Here’s what we built, it’s a system where the very moment that a chainsaw goes off in the forest, the sound is picked up by our devices up in trees.

“It goes to the cloud and picks up the sounds and sends an alert to local rangers on the ground, who jump on their motorcycles, and they get to the tree and catch the logger on the spot.”

Coming off the back of co-founding a sports rewards mobile app called Enthuse, White turned his attention to doing his bit to save the rainforest in 2014.

Although the company works out of Silicon Valley — where the instinct is to find really advanced technologies to solve the problem — White’s team needed to find solutions which could work in the middle of nowhere.

He said: “So the best thing to do there is actually to use old smartphones, these are thrown away by the hundreds of millions every year and connect to the networks that are already there.

“We can put some solar panels on them with powerful microphones, and this is actually enough for us to get this done.”

Located in the trees, the system uses AI to pick out the noise of chainsaws from a soundscape, allowing them to deliver far more subtle results.

Rainforest Connection estimate one device can cover three square kilometres with local partners, protecting forest capable of soaking up 15,000 tonnes of CO2 — equivalent to taking 3,000 cars off the road.

The system is already running in 10 countries, across five continents and covering 2,500 square kilometres.

One place it’s based is in Northern Brazil, where the team is working with the indigenous Tembe people, who have often found it difficult to put an end to large-scale illegal logging.

After a 2015 pilot in the area, the Tembe people asked for the system to be deployed permanently to help protect their tribal rainforest reserve.

Explaining an example of the system in action, White said: “In this situation the Tembe where alerted and were able to actually get in the right place at the right time.

“We were able to intercept a truck on the way out by waiting at the other end of the road, where the Tembe seized the equipment.

“These folks, these rangers, they’re just protecting their lands, but each one of them can have more impact than dozens of engineers working on electric cars, which is really important, but these are the real heroes of climate change, and if we just give them the right tools and the right data, they can actually make a difference.”

Alongside its work fighting against illegal logging and deforestation, Rainforest Connection has also developed an app to allow people to hear the live sounds of the forest.

“But it’s not just about what’s happening in the forest, we feel that it’s really important for us to bring this data to the world so they can care about the forest,” explained White.

“Anybody can listen into our app and hear the live sounds of the forest, with each phone, but really what’s next is this idea of live acoustics as background.

“For the first time, we are able to understand these soundscapes in ways that no one could ever understand before, the essence of the forest is sounds.”

The firm is now working with partners including Hitachi and management consultancy Deloitte to scale-up the idea, allowing the company to cover and protect the millions of square kilometres of forest across the globe.

White said: “This is the next frontier of AI, how much can we actually pick out of the soundscape and learn about nature, that’s what we’re going to be able to do based on these partnerships.

“And again, of course, on the climate side, six million cars off the road, 400 million trees saved, these are not exaggerated statistics, these are actually fairly conservative in terms of the impact that we had.”