Public sector clients from the NHS to School District of Philadelphia are using data and Qlik's business intelligence tool to improve graduation rates, reduce hospital waiting times and identify the children most likely to go missing 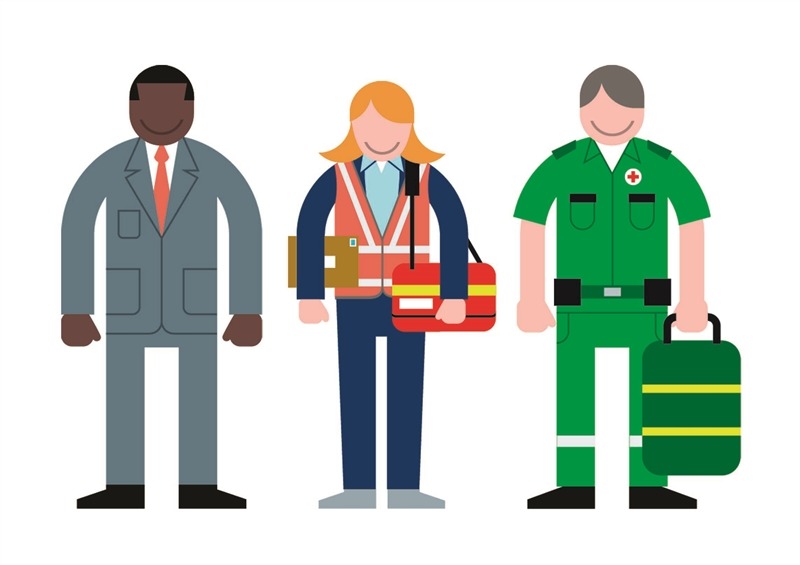 Data is often seen as a tool for business intelligence but public sector bodies – from police forces to the NHS – are also experiencing the benefits of predictive analytics tools.

Customer information is regularly used across the business sector, while applications for transport are also being realised.

Public sector bodies are often regarded as being behind the curve when compared to innovation in the private sector, but there are examples of data being used to cut hospital waiting times and predict crime that prove this isn’t always true.

David Bolton, vice-president of industry solutions for business intelligence software provider Qlik, says: “The public sector is often seen as technology laggards but in this case they are right at the forefront.

“Even comparing it with some of the sectors you’d expect to be way ahead in predictive analytics, such as banking and insurance, these guys are catching up quick.

“It’s happening because there’s such a big pressure and need – forced by austerity – to make the most of the resources they have.”

Uses of data in the public sector

How British police forces are using data to predict crime

More than half the UK’s police forces now use Qlik’s data analytics software in control rooms, police cars and even on their mobile phones.

“One of the biggest challenges the police forces in the UK have is their data is very siloed,” says Mr Bolton.

“If you think about the operation of a police force, it has data coming from all its vehicles, from radios giving information on where they are, who is there and the available resources.

“Often, this information is held in very disparate systems and there’s no connectivity between them.

“You’ll get an intelligence officer who is tasked with trying to find potential suspects for a crime and they have to trawl through 20 different places to find the relevant data and hope they get an insight from it.

“Our police customers use Qlik to bring all that data together and provide a solution that lets someone find the answer much quicker.”

The Avon and Somerset Constabulary, in South West England, was one of the early adopters of the technology, bringing the data analytics platform to its 2,800 officers in 2017.

Explaining its uses for the force, Detective Sergeant Neil Frost says: “We have 24/7 access to visual data analytics, which helps inform high-risk scenarios and situations.

“For example, when a name comes up in relation to a suspect, informant or victim, we enter the detail and get a snapshot of the situation.

“We can then identify the risk to share that information with police officers attending a crime scene or incident.

“It helps us spot vulnerabilities, suspect warnings and any other vital information that officers on the street need to do their job effectively and safely.”

Data analytics has helped drive efficiencies for British police constabularies that are feeling the pressure on resources created by stricter budgets under the government’s austerity measures.

The Independent was informed that as many as 20,000 officers have been lost since 2010.

Mr Bolton adds: “Everyone knows that policing in the UK is under financial pressures – the number of officers is down, the budget is down – so the question that the chief of police had at Avon was, ‘how do we do more with the resources we have?’

“That means more productivity and more efficiency, and the only way they could deliver that was with data.

“Avon and Somerset Constabulary now offer the intelligence tool to officers on their mobile phones.

“They turn up in the morning, log-in and they can see the ten most likely perpetrators of crime in their beat, such as wanted criminals, people who have breached their bail terms, known associates – everything is available on the mobile for them.”

The team in Avon also has a model that predicts the likelihood of children going missing, which takes into account a child’s social care interactions, their home situation, school attendance rate and criminal record.

Mr Bolton adds: “All those things have an impact on the chance of a child going missing and the police have been able to create a mathematical model that predicts that and informs officers ahead of these children appearing on the missing persons list.”

How business intelligence in healthcare has helped the NHS

The UK’s National Health Service (NHS) is another public sector body which is feeling the effects of cuts.

As such, local NHS trusts have to be more strategic with their allocation of resources and data is helping to inform this.

There are currently 180 trusts using the Qlik data analytics platform to run their command centre operations, allocate resources and predict the number of patients arriving in the accident and emergency centre.

University Hospitals of Morecambe Bay NHS Foundation Trust, in the North West of England, has a room dedicated to operational management of the hospital.

Mr Bolton says: “It provides information from the point a patient gets into an ambulance to the point they are discharged.

“It identifies backlogs, bottlenecks and what is causing them.

Variations in care or procedures can add to waiting times, so data is also being used to identify the most efficient approach, which still delivers the best clinical outcomes for patients.

Mr Bolton adds: “Cambridge University Hospitals NHS Trust was one of the first to embrace this data and started the journey nine years ago.

“It was able to save 20% of its entire bed allocation because of a reduced variation in systems.”

In the UK, hospitals are also being challenged to meet four-hour waiting time targets in their A&E departments.

In order to help meet this target, some departments are now using historical data to predict the number of people that will turn up at A&E.

Another innovator is Wrightington Hospital, near Wigan, which has developed an algorithm that works out the volume of patients arriving in A&E.

Mr Bolton explains: “It was one of the worst performing in terms of meeting the four-hour waiting time target and was reaching the target only 65% of the time.

“It developed a system that uses historical data, the day of week, time and external data like weather, and predicts how many patients it’s likely to get into the A&E ward on an hourly basis.

“It’s now so confident in the predictions that it is posted on the wall for doctors and staff to see.

“This means that if there is set to be a spike, it can get resources from the ward and get people with minor injuries through quickly to make space for any upcoming major incidents.

“On average, it’s reduced the wait time by 20 minutes per patient.”

The School District of Philadelphia is the eighth largest school district in the US in terms of enrolment and serves almost 200,000 students in the area.

School districts in the US look after primary and secondary schools, taking children from their first entry into the education system to high school graduation.

Mr Bolton says: “The Philadelphia district has a huge desire to use data to improve the education it delivers to its students.

“In order to achieve that, it’s started to look at the interaction between things like graduation rates at high school with the very early stages of learning when pupils first start school.

“The district looks at data comparing an 11-year-old’s early progress in school with their likelihood of graduation.

“It’s then able to make changes at that early stage to the way time in class is scheduled, the subjects students learn and the teachers they are taught by to ensure this likelihood of graduation is increased.”

There is a strong correlation between graduation results and future success for students in the US.

A report from the Washington Post found that for a one-point increase in a person’s high school grade point average, annual earnings in adulthood increased by 12% for men and 14% for women on average.

Mr Bolton explains: “When the district first started with traditional reporting, the results were very aggregated, so it was looking at whole cohorts of kids.

“It meant that you could say this group of children in this region had a 30% chance of not graduating, but then it was very hard to tie that to any causation.

“When it started drilling into the data and looking at this on an individual student level, it then started to see all the correlations with early rostering and development at school, and could then make changes accordingly to improve results.”