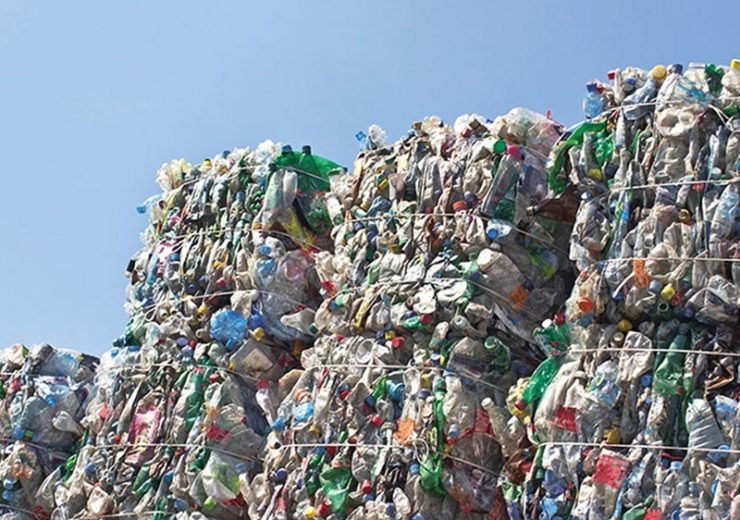 Almost 1.2 million tonnes of plastic goes to landfill or incineration every day

A proposed new £7m plant could turn plastic waste into hydrogen that will then be used to power clean transport used nearby.

In a first for the UK, the 54-acre Protos site near Ellesmere Port in Cheshire would produce a local source of hydrogen from unrecyclable plastics using advanced thermal treatment technology should it receive the go-ahead from planners.

The clean and low-cost energy would then be used to initially power buses and lorries in the North West of England region, before being rolled out to hydrogen cars.

Waste infrastructure developer Peel Environmental is working alongside Waste2Tricity – a specialist in the energy-from-waste sector – on the project, which it says will help to reduce air pollution and improve air quality on roads.

Why turning plastic into hydrogen is good for the environment

“Working in partnership with Waste2Tricity, we are developing a closed loop solution where plastics are brought to Protos and recycled on-site, with the leftover material used to create hydrogen instead of ending up in landfill.

“This project really sums up what Protos is about – using innovative technologies to create value from waste, recover resources and provide low-carbon energy sources which then can be used on site.

“Not only will this help tackle the problem of waste plastics, it will provide a local source of hydrogen which could be used as a clean and low-cost fuel for buses, HGVs and eventually cars, helping to reduce air pollution and improve air quality on our roads.

“The hydrogen revolution is taking place now in the North West and this project shows how we’re leading the way.”

When will the plastic to hydrogen plant be built?

A detailed planning application is expected to be submitted to Cheshire West and Chester Council this spring for the plant, with work commencing later this year if approved.

The site is based at the Protos energy hub, formerly known as the Ince Resource Recovery Park, in Grinsome Road.

It will treat up to 25 tonnes of waste plastics each day that would otherwise go to the landfill or incineration.

This would be converted into decentralised hydrogen gas that would then be stored and used by local transport, while it would also generate electricity that could be supplies to businesses located at the Protos energy hub via its own private network.

Waste2Tricity is in discussions with suppliers of unrecyclable plastics across the region, including companies that could move to the Protos site.

More than 100 jobs could be created during construction, with another 25 permanent positions established at the plant once it opens.

Waste2Tricity managing director John Hall, whose company will operate the site, said: “This will be the first of many waste to hydrogen projects for Waste2Tricity in the UK and overseas.

“The Protos site is ideally located in a strategic position in the North West, where we have access not only to unrecyclable plastics but also a concentration of energy intensive industries.

“The beauty of Protos is that it can provide everything we need in one place.”

How plastic to hydrogen technology works

Protos is the first commercial scale hydrogen to plastic project in the UK.

It will use distributed modular gasification, an advanced thermal treatment technology developed by West Yorkshire-based PowerHouse Energy at the University of Chester Energy Centre next door to the site.

This can process waste plastic, end-of-life tyres and other waste streams to efficiently and economically convert them into syngas, from which valuable products such as chemical precursors, hydrogen, electricity and other industrial energy products may be derived.

It can generate more than a tonne of road fuel-quality hydrogen and more than 28 megawatt hours (MW/h) of exportable electricity per day.

PowerHouse claims its tech is one of the world’s first proven, modular hydrogen-from-waste processes.

CEO David Ryan said it was “great to see the project come to fruition” after working on the technology for several years.

“Our technology is a sustainable solution for dealing with plastics that would otherwise end up in landfill, and because we’re generating hydrogen it’s much more efficient than other energy-from-waste processes,” he added.

“The theoretical basis of this technology is nothing new. Some components have been around for over 100 years – we’re just applying it in an innovative solution.”