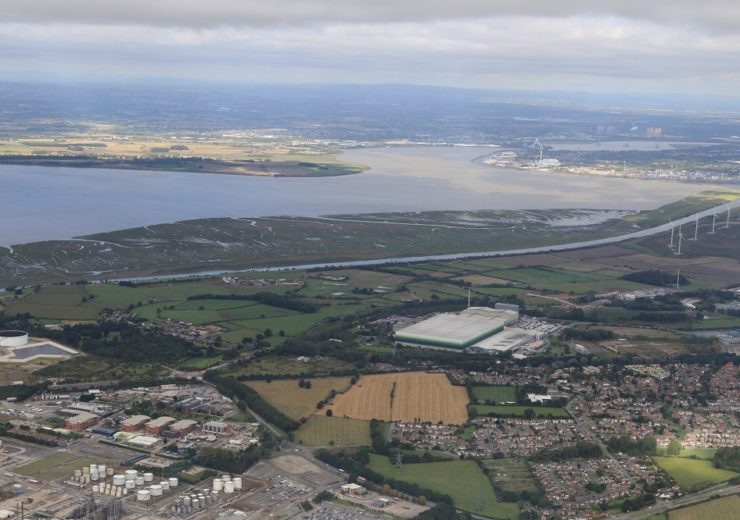 With the climate emergency becoming ever more prevalent, industry needs to find new ways of generating zero-carbon power. Thomas Parker speaks to Myles Kitcher, boss of real estate firm Peel Environmental, about the ongoing Protos project – which aims to cluster innovative power-from-waste businesses on one site in the UK.

In Victorian England, the north-west was one of the critical hubs of national industry, home to textiles, shipping and engineering innovations that powered the British Empire.

At the centre of its industrial prowess was the Manchester Ship Canal – a trade route built in the late 19th century that sent goods made in the region’s largest city across the globe and earned Manchester its “workshop of the world” tag.

That may have been more than a century ago but as one of its main historic ports is turned into an energy hub that will develop the next era of renewables, the region is positioning itself as a future global leader in the battle against climate change.

Located next to the town of Ellesmere Port that sits between Manchester and Liverpool, the £700m ($910m) Protos project aims to develop power from sustainable sources that have yet to be fully utilised in the energy mix.

Resource recovery is at its heart, with the aim of creating value from waste that would otherwise go to landfill.

For example, there will be a factory that can convert unrecyclable waste plastic into hydrogen – used in electricity supplied to homes, businesses and vehicles – while other parts of the site will turn wood and general waste into combustible gas.

Altogether across the 134-acre site, which is currently under development, a range of businesses involved in low-carbon energy generation will eventually come together to share ideas and resources.

The ultimate goal is to generate at least 140 megawatts (MW) of heat and electricity each year, which could power “more than a quarter of a million homes”.

Managing director Myles Kitcher says: “I believe there’s a genuine renaissance in environmental technology where there’s the funding available and an opportunity to develop a new way of doing things.

“We come across technology with the potential to do something amazing. Some of them are long term and some of them are transitional technologies that we perhaps won’t need in 20 years’ time but they are dealing with a problem now.”

History of the Protos site

The Protos site – the name derived from the Greek meaning “first” – is located on a plot of land east of Ellesmere Port and between the Manchester Ship Canal and M56 motorway.

Peel bought the land, known as New Ellesmere Port, from gas company Shell in the 1990s after identifying its good road links to the Peel-owned ports along the 36-mile canal.

Over the past couple of decades, the landowner has investigated how to cluster businesses together onto the site by building infrastructure to support the shift away from landfill – a business Peel had been involved in by leasing out quarries to waste operators.

As part of a more considered approach towards recycling and reprocessing, it wants to create an industrial eco-park on the site, where businesses co-operate with each other and the local community to reduce waste pollution, share resources and help achieve sustainable development.

Applying for planning permission for the project in 2004, it wasn’t until 2009 when it was given the go-ahead after a public inquiry.

Construction began in late 2015 after investment was secured by energy developers that wanted to build on the site.

Kitcher admits it’s taken a long time to come to fruition – the increasing interest in hydrogen, a low-carbon gas, has helped move things along – but the site is now in its second phase, with some businesses already operating on site.

“The concept has continually evolved but the clustering is what it’s all about, bringing together developers and operators close by and providing them with both operational and commercial benefits,” he says.

“In all the time I’d been working in energy, nothing had really changed. We have fuel provided by coal, oil and gas, and we built the occasional nuclear power station.

“But there’s been a realisation of the fact we are going to have to adopt a low-carbon energy mixture.

“We have done very well in decarbonising electricity but the big challenge is going to be the need to decarbonise heat and transport fuel, which is a far greater challenge.

“Hydrogen is a good means of doing this as it is zero-carbon at the point of use.”

What is the Protos project run by Peel Environmental?

Made up of 16 plots measuring between 50,000 sq ft and 350,000 sq ft, Peel Environmental leases out land to companies involved in the renewable energy and waste management sectors – allowing for easier collaboration and providing a more environmentally-friendly way of sharing resources.

Twelve of these plots have been completed and some now occupied.

One of the tenants is Bioenergy Infrastructure Group, which runs the Ince Bio Power plant that is capable of generating 21.5 megawatts of energy annually by converting wood waste into combustible gas.

It says this could save 65,000 tonnes of carbon dioxide each year – equivalent to taking 40,000 cars off the road.

Progressive Energy is set to move into one of the four plots still being developed.

The clean energy company is working on a £150m ($195m) project designed to develop gas generated from materials such as unrecyclable wood and general waste.

The fuel will be used to power up to 1,000 low-carbon HGVs and buses every year, with production due to start in 2022.

Plastic-to-hydrogen will be key part of Protos site

Energy-from-waste business Waste2Tricity has also signed an agreement to build a plastics-to-hydrogen plant using engineering company PowerHouse Energy’s DMG technology – which heats the waste up until it is vaporised into gases.

The technology controls the environment in the chamber to break down the resulting hydrocarbons to create fuel cells – an electrochemical cell that converts chemical energy in electricity.

PowerHouse Energy CEO David Ryan says: “In 50 years’ time, hydrogen may well be the fuel that we are all using.

“It’s going to be a long road to that. We believe that our technology is a stepping stone towards the use of hydrogen, certainly in road transport fuel.”

A demonstrator for the technology has been built at the University of Chester’s Thornton Science Park, which neighbours the Protos site and has close links with project.

Those involved in the Peel Environmental project see converting plastic into hydrogen as an effective way to deal with the plastic waste problem.

Currently more than 300 million tonnes of plastic are produced every year, with at least eight million tonnes ending up in the ocean – making up 80% of all marine debris.

Kitcher says: “Our interest in the investment there is two-fold. It will firstly produce hydrogen for vehicles, but secondly it is a solution to plastic waste.

“Instead of sending it halfway across the world, we will use the plastic waste feedstock and support UK industry.

“Ultimately, as we transition away from single-use plastics there will be less of feedstock.

“But this is going to take time, so we need to have transitional technologies to help us to get to where we need to be in 2045 or 2050.”

A study conducted by Peel discovered that, in the two-hour catchment area of Protos, 400,000 tonnes of waste plastic is collected separately, with a further 800,000 tonnes either going to incinerators or landfill in the waste stream.

Alongside the energy-from-waste generators, the site will be a base for traditional recycling plants so waste can be dropped off and sorted into the relevant streams.

Kitcher adds: “We want to be able to say to our recyclers they can collect all the plastic because we will provide a facility at Protos for that.

“If it can be recycled, we will recycle it or send it off to be recycled.

“But if it can’t, rather than just generate electricity, we will also use the Waste2Tricity technology to convert it into hydrogen to provide a clean fuel.”

Future of the Protos project

The site is currently undergoing phase two of its development, which involves building roads to the site.

The overall plan, which has not been given a completion date yet, will require up to £1.5bn ($1.9bn) worth of investment, believes Peel Environmental.

But it comes with benefits for the north-west, as the company claims it will create 3,000 jobs and pump £350m ($460m) into the local economy each year.

While Peel’s main focus is in this region for now, it is looking to eventually replicate the concept across the country.

Kitcher says: “We are using Protos as a shop window for a lot of start-up technologies, working with Thornton Science Park to research and develop it and commercialise projects for expansion across the UK.”

Claiming Britain is “far ahead of the rest of Europe” when it comes to energy-from-waste production, he claims the businesses involved have an opportunity to export technology and skills.

And he believes similar sites to the Protos project could work across the world.

“The development will look different in different places, so you may not have an energy-from-waste facility, but the concept of having local energy generation is the whole thought process,” he adds.

Should Peel Environmental achieve its goals, it could help the north-west of England recapture the glory days and become the 21st century workshop of the world.