With only one of the existing facilities in the UK set to be operational by 2030, building new nuclear power plants in the UK is more critical than ever 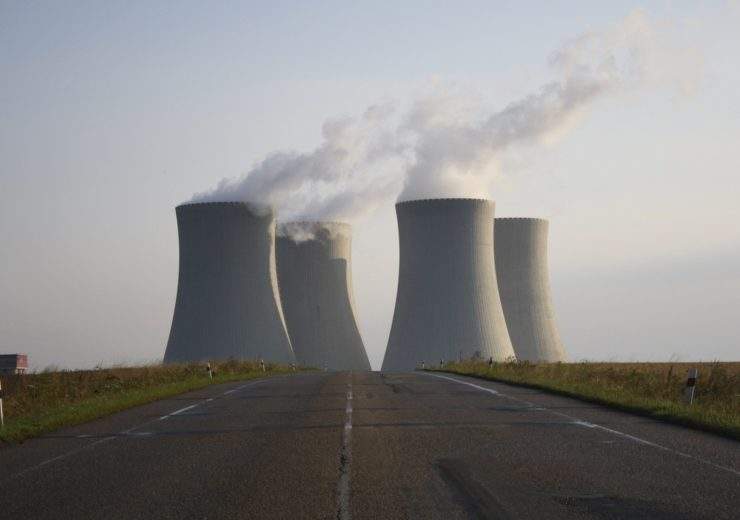 As Britain moves further away from a reliance on fossil fuels, building new nuclear power plants in the UK is becoming an increasingly key component in meeting energy demand.

Nuclear energy is critical to keeping the lights on across the country, providing 21% of the country’s electricity mix and acting as a back-up during extreme weather events, such as 2018’s so-called “beast from the east”.

But since 2010, 26 plants have closed, representing roughly 20% of UK energy generation capacity.

And by 2030, all but one of Britain’s 15 currently operational nuclear facilities are to be taken offline, equating to a 35% reduction in the country’s total power.

Sizewell B, located on the Suffolk coast, is expected to shut down in 2035 — although owners EDF are evaluating the feasibility of extending its lifespan to 2055 — leaving the country in urgent need of replacing its nuclear stock.

Several new facilities are currently in the works, which could account for this dip, though funding has proved a problem for some.

From Bradwell B to Wyfla Newydd, here we profile all the UK’s proposed nuclear facilities, how they’re progressing and what they could provide for the country’s grid.

French utilities firm EDF Energy claims Hinkley Point C, in Somerset, will provide energy to six million homes when it is up and running via its 3.2 gigawatt (GW) output.

The two nuclear reactors it will house will be the first to be built in the UK since the Sizewell B station on the Suffolk coast began producing power in 1995.

EDF Energy has the lion’s share of the £20.3bn project, while state-owned Chinese firm CGN has a 33% share in the power station.

On its website, EDF Energy claims the nuclear power station’s two reactors will displace nine billion tonnes of carbon dioxide emissions annually – or 600 million tonnes over the 60 years it is planned to operate.

Government reports suggest Hinkley Point C will bring £4bn into the regional economy as it replaces its predecessors Hinkley Point A, which shut up shop at the turn of the millennium, Hinkley Point B, which will close in 2023.

Speaking at the Energy UK annual conference in October 2018, EDF Energy CEO Simone Rossi said: “I’m happy to say that our work on the Hinkley Point C nuclear power plant is very much on track — we are about 20% of the way through construction.”

However, delays and increased costs mean the site is not likely to generate power before 2025.

The proposed location for the Bradwell B plant is next to its decommissioned predecessor in Bradwell-on-Sea, Essex, at a 183-hectare site the government deemed suitable for new nuclear build in 2011.

The project is in its infancy, with multiple consents and permissions still required before construction can begin, including a development consent order (DCO), a nuclear site licence and various environmental permits.

CGN and EDF, who jointly own the project, will conduct marine surveys and ground investigations over the coming years, in addition to multiple public consultations before development begins.

The two energy companies plan to use a HPR1000 reactor, which will provide 2.3GW of capacity and has been designed to optimise the use of nuclear fuel while minimising the amount of radioactive waste it produces.

A spokesperson for CGN UK has said the total cost of the project remains unknown for the moment.

Proposed by EDF Energy, Sizewell C entered its third and final consultation phase in 2019 and will operate alongside Sizewell B — its predecessor located south of the new site — and the Sizewell A plant that is being decommissioned.

EDF Energy claims it would create 25,000 jobs — a vast increase on the 800 jobs linked to Sizewell B.

The energy firm also expects the 3.2GW power station to be a boost for East Anglian businesses – having received registers of interest from 1,300 businesses keen to work on the project.

Sizewell C’s third consultation phase will run until 29 March and EDF Energy CEO Simone Rossi believes construction on Sizewell C could start by 2022 — although the coronavirus crisis could see this delayed further — with the project expected to take at least 10 years to complete.

Slated to provide 7% of the UK’s electricity once operational, the future of the planned £15bn Moorside plant, in Cumbria, is in serious doubt after majority shareholder Toshiba failed to find a buyer for the project.

After negotiations to sell it to Korean firm Kepco broke down, the Japanese conglomerate closed its UK nuclear business NuGeneration Limited.

A statement read: “NuGen has retained a team to support the implementation of a winding-up process and will work with Toshiba and its other stakeholders.

The AP1000s have passive safety technology, which means they can go for up to 72 hours without the need for cooling by relying primarily on natural processes such as downhill-flowing water and heat rising.

They are widely regarded in the industry as more efficient, easier to construct and safer than other reactors.

Wylfa Newydd means “new Wylfa” in Welsh – an apt name considering it will be built adjacent to the old Wylfa nuclear plant, which closed down in 2015 after 44 years of operation.

Japanese conglomerate Hitachi submitted an initial design proposal for the reactor in January 2014 for review by the UK’s Environment Agency and the Office for Nuclear Regulation.

Despite policy historically being opposed to direct investment in nuclear power projects, the UK government reportedly pledged the same month it would underwrite billions of pounds in loans – effectively taking a public stake in the project.

Construction was due to start in 2020, with the project tipped to generate 9,000 jobs during the development process and 850 permanent jobs once its 60-year operation life cycle begins.

Horizon Nuclear Power CEO Duncan Hawthorne said: “We have made very strong progress on all aspects of the project’s development, including the UK design of our tried and tested reactor, supply chain development and especially the building of a very capable organisation of talented and committed people.

“We have been in close discussions with the UK government, in co-operation with the government of Japan, on the financing and associated commercial arrangements for our project for some years now.

“I am very sorry to say that despite the best efforts of everyone involved, we’ve not been able to reach an agreement to the satisfaction of all concerned and, as a result, we will be suspending the development of the Wylfa Newydd project.”

The company still hopes a way can be found, through discussion with the UK government, that will allow the project to resume. A Development Consent Order (DCO) has been submitted and is awaiting a decision.

Also caught up in Hitachi’s decision to halt its UK nuclear business is the Oldbury-on-Severn site, on the banks of the Severn estuary in South Gloucestershire.

Horizon Nuclear Power had proposed another new power plant to replace the existing one at Oldbury.

The company suggested the new facility, which is expected to cost between £15bn and £20bn, could generate a minimum of 2.9GW of low carbon electricity — substantially more than the existing station.

Even before the suspension, the project was at a very early stage, with Horizon yet to submit a Development Consent Order (DCO) and claiming construction would not start until the late 2020s at the soonest.