How major brands are preparing for EU single-use plastics ban

As the European Union proposes a ban on single-use plastics, household names are already cutting down on plastic waste - including Unilever, Coca-Cola and Tesco 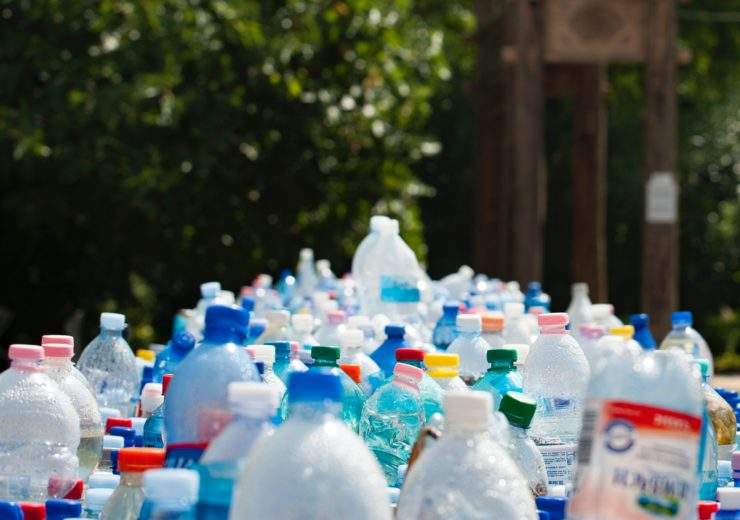 Measures against single-use plastics are riding in on the waves of viral videos and a famous appeal from Sir David Attenborough in the final episode of Blue Planet II, asking viewers to cut down on their plastic waste.

In this atmosphere, it’s not surprising that the European Union has just proposed a ban on single-use plastic products like straws, cutlery and balloon sticks. It also suggested that plastic producers could be made to pay for waste disposal and management costs.

Under the proposals, some products will also have to feature labels showing how much plastic is in the product, the damage it could inflict on the environment and how it should be disposed.

While rules on plastics are bound to impact many industries, it’s companies in the fashion, food and packaging sectors that will have the biggest task finding solutions to the regulations.

Here’s how nine industry bigwigs are trying to get ahead of plastic policies.

The online fashion retailer is a member of RECycling of Used Plastics Limited (RECOUP), a charity that works with companies to improve their plastic recycling schemes.

ASOS says it recycles any packaging from customer returns, including its range of plastic delivery bags.

According to its website, this system led to the company recycling more than 450 tonnes of plastic between September 2016 and August of last year.

Out of 40 million plastic delivery bags every year, a quarter of each bag is made out of recycled materials.

As a signatory of Waste & Resources Action Programme’s UK Plastics Pact, Asda has pledged to scrap single-use plastics, make packaging 100% reusable by 2025 and ensure that there is an average of 30% recycled material in its plastic packaging.

The supermarket reuses the hangers of its George clothing line at present, only recycling them when they can no longer be reused.

Asda also claims that recycled plastics are used in the manufacturing of its bags for life.

Since Greenpeace criticised the company’s global plastics plan in January, the fizzy drink giant Coca-Cola has signed up to WRAP’s UK Plastics Pact – indicating a move away from single-use plastics.

The company boasts on its website that all of its bottles and cans – be they plastic, glass or aluminium – are already 100% recyclable.

It has a further aim of ensuring half of every bottle is made using recycled plastic by 2020, doubling the amount it uses now.

By 2025, Coca-Cola plans to be collecting all of its bottles and cans.

According to the company website, Coca-Cola has also invested in Clean Tech, a recycling centre based in Lincolnshire.

The smoothie and juice brand founded by a group of Cambridge graduates packages its drinks in 100% recyclable bottles.

Each one of those bottles is itself a largely recycled product, using half recycled plastic and 15% plant plastic – but the company aims to make them entirely out of renewable materials by 2022.

Innocent has also taken a cue from its parent company Coca-Cola in agreeing to the pledge against single-use plastics contained in WRAP’s UK Plastics Pact.

The UK’s fourth biggest supermarket has taken a number of steps to reduce its plastic footprint.

Looking to the future, the 119-year-old chain says all of its own brand packaging will be reusable or recyclable by 2025.

There is even a chance that the supermarket will have replaced all the black plastic food trays in store with eco-friendly alternatives.

Customers will also be encouraged to refill their water bottles at water fountains being fitted at stores rather than tossing them away for landfill sites.

The Michigan-based plastic packaging manufacturer Plastipak owns the Clean Tech recycling centre in Lincolnshire, where billions of bottles are recycled every year, as well as manufacturing sites in Germany, France and other EU member states.

According to the company website, bottles produced at its sites are individually made up of 75% recycled PET plastics and 25% “bio-based” plastics.

As with many other companies on this list, it has also signed up to the pledges outlined in WRAP’s UK Plastics Pact.

The sandwich shop you can’t seem to escape from in London has already introduced a few plastic-curbing policies ahead of the curve.

Appealing to wallets over hearts, Pret has introduced a 50p discount for all customers who bring a reusable cup for their morning coffee or herbal tea of choice.

The biggest supermarket chain in Britain, much like its competitors on this list, says it will make all of its packaging recyclable by 2025.

Tesco has most notably cut down on plastic waste by replacing its single-use 5p plastic bags with 10p bags for life and announcing a ban on all non-recyclable plastic in-store by 2019.

Plastics that are deemed tricky to recycle, such as the PVC plastic you might see covering a box of mushrooms or a frozen pizza, face similar removal from Tesco’s own-brand products by the end of 2018.

Love it or hate it, owner of the Marmite brand Unilever has plans for putting plastic waste aside.

Whether it’s based in London or the Netherlands, Unilever is looking to make all its packaging reusable, recyclable or compostable by 2025, while making 25% of plastic packaging out by the same year.

A whopping 99% of all PVC plastic in its product packaging has already been removed and all of the waste at its office was recycled last year.