Lucozade Sport has shown its commitment to reducing plastic-waste by partnering with an engineering start-up to deliver sports drinks encased in environmentally-friendly packaging comprised of edible, compostable seaweed 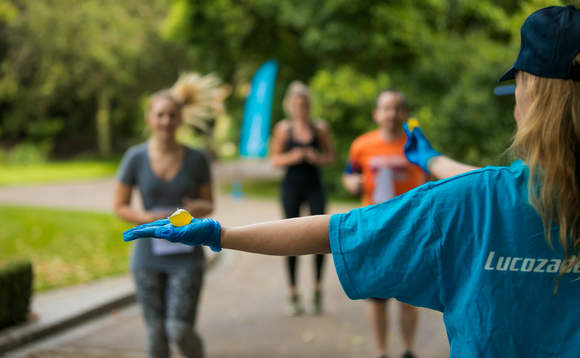 Seaweed is the main ingredient of Lucozade Sport’s new environmentally-friendly packaging that can be swallowed after use – keeping thirsty marathon runners hydrated while cutting down on plastic waste.

It will deliver plastic-free drinks and gels stored in Ooho – edible, flexible seaweed packaging created by engineering start-up Skipping Rocks Lab, with which Lucozade Sport has announced a partnership.

Once its contents has been consumed, Ooho can be eaten or disposed of in food waste bins, where it will gradually biodegrade in about four to six weeks, causing no harm to the environment either way.

Lucy Grogut, head of marketing at Lucozade Sport, which is owned by drinks conglomerate Lucozade Ribena Suntory, said: “Lucozade Sport-filled Oohos are a completely new and exciting way to deliver the UK’s favourite sports drink to our consumers.

“They offer us a hugely exciting opportunity to reduce plastic use in the long term, especially at mass-participation sporting events.

“As a company, we are always striving to do the right thing and this partnership is a positive step in becoming more sustainable.”

Reducing single-use plastics has become a priority for big food and drink manufacturers around the world, which are being pressured to implement compostable, sustainable alternatives.

Skipping Rocks Lab has clearly taken notice of this as not only has it partnered with Lucozade, it is also currently running a pilot of the Ooho packaging system as a replacement for plastic ketchup sachets with take-away giant Just Eat.

Lucozade Ribena Suntory efforts to reduce plastic-waste also don’t end with its recently announced partnership with the start-up, as it recently signed the UK Plastics Pact.

This is a voluntary collective agreement from companies within the food and drink, packaging and retail industries to increase the amount of recycled content in their plastics, as well as to cut back on its use.

The company has set itself the goal of implementing reusable, recyclable or compostable plastic packaging across all of its product ranges by 2025 in a show of commitment.