New York City's JFK Airport has opened a pop-up VR and AR experience centre called PeriscapeVR as it becomes one of the first airports to leverage the technologies for entertainment. Global Data analyst Elena Mogos consider whether the wider tourism industry could now follow suit 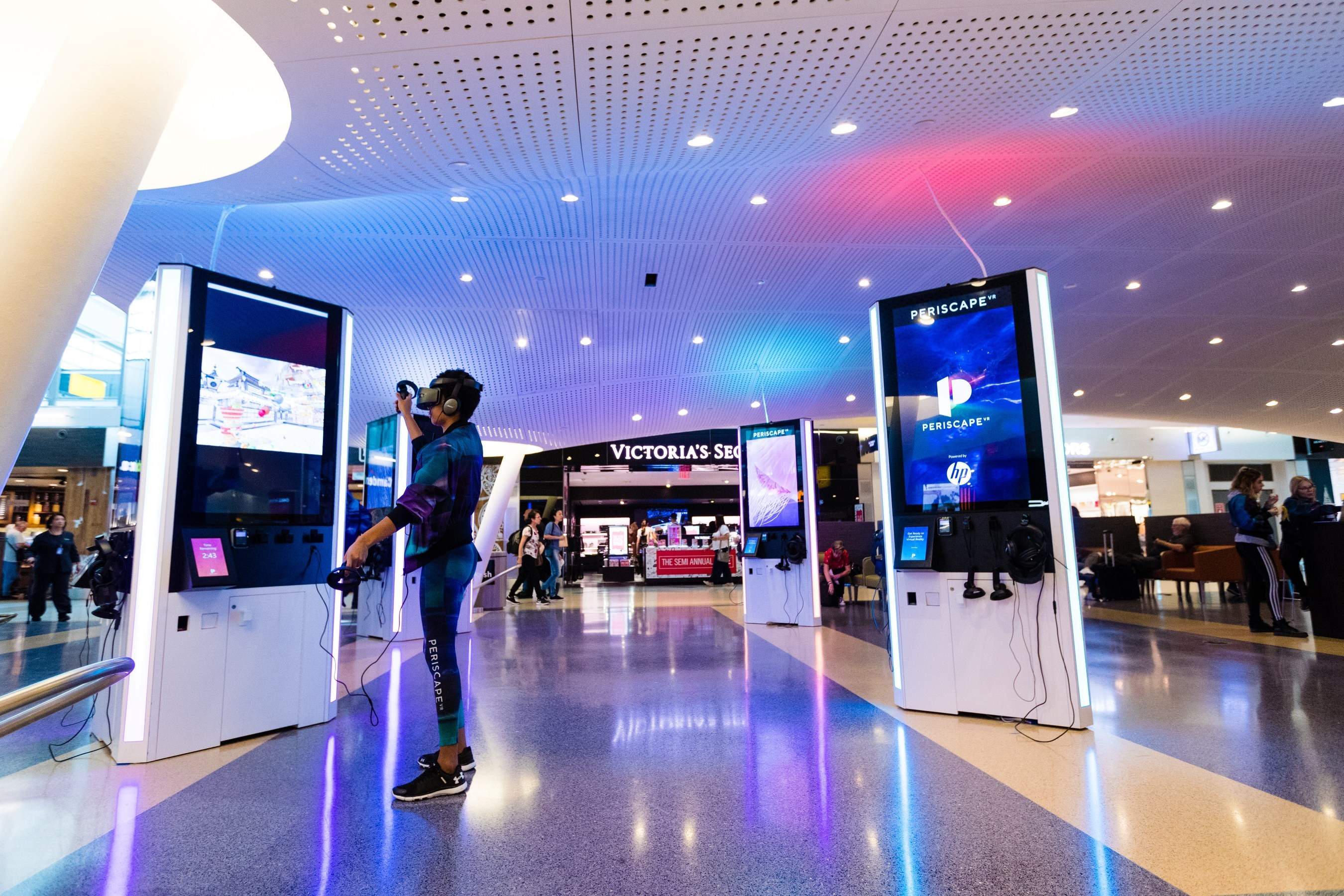 There’s not much worse than spending hours waiting for a flight in the departure lounge but JFK Airport is attempting to tackle passenger boredom with virtual reality and augmented reality.

New York City’s biggest airport has become one of the first in the tourism industry to leverage computer-mediated reality technologies for entertainment purposes.

Through virtual reality (VR), augmented reality (AR) and even mixed reality (MR), passengers had already been able to experience destinations, hotels and inside an airplane before a trip from the comfort of their home – or use an AR-equipped app to navigate through an airport.

Wearing HP Windows MR headsets, users can experience anything from reef migration and whale encounters to exploring imaginary worlds in deep space and understanding what it’s like to be blind.

Lynn Rosenthal, founder and CEO of PeriscapeVR, said at its launch last month: “PeriscapeVR, meaning ‘escape within,’ was created for travellers who desire a fun, blissful and euphoric respite from airport crowds and long hours between flights.

“As a frequent traveller, I recognised there was a gap in the market for this kind of airport entertainment, and I am delighted to be bringing PeriscapeVR to JFK Airport terminal four.”

Outside airports, the wider tourism industry continues to embrace VR and AR. Wearing headsets while visiting historical sites enables tourists to experience historical scenes or see ancient buildings in perfect condition – even if the monuments are now crumbling or have long disappeared.

Elena Mogos, digital travel and tourism associate analyst at digital and analytics company Global Data, believes this technology could transform the sector by changing how customers choose their holidays and interact with tourism brands – and how companies interact with them in turn.

Here she explains how JFK Airport’s adoption of VR and AR is just the start for the industry.

The entertainment potential of VR and AR in airports

The majority of airports that include AR, VR, or MR solutions in their offerings understood the potential of computer-mediated reality — AR in particular — to offer reliable navigation, boost customers’ experience of reality and decrease their frustration by helping them find their way to the departure gates, restaurants, shops, or airport lounges via AR-equipped mobile apps.

But not many realised this technology’s potential of entertaining customers while waiting for their flight.

Some airports timidly experimented with AR apps for entertaining passengers – one example being Heathrow Airport’s attempt to amuse its young customers by launching the Mr Adventure AR app in July 2017.

However, until recently, no airports have been courageous enough to invest in building VR booths.

The attitude of the air travel industry is starting to change however, with the bold cooperation of JFK Airport with PeriscapeVR and travel retail operator Paradies Lagardère to offer passengers the possibility of immersive VR experiences right in the middle of the airport.

Even though people are generally attracted to novelty, there is still the possibility of some customers feeling too self-conscious to put on headsets and truly immerse themselves in the VR experience.

This will change only if more and more locations start offering similar experiences, thus positively influencing the overall perception of the technology.

The air travel industry remains reluctant when it comes to implementing VR, as many companies do not see the benefits, and are afraid to invest large amounts of money without guaranteed profit.

Only time will tell if what is happening at JFK Airport terminal four will soon be the norm everywhere else in the world.