Internet of Things applications: Amazon and Mastercard lead the way

Companies like Amazon and Mastercard, in addition to the Car Connectivity Consortium, are Internet of Things applications to push the boundary of tech today. Global Data has analysed the shift in the IoT in Q2 2018 and shares its thoughts on where the market is going 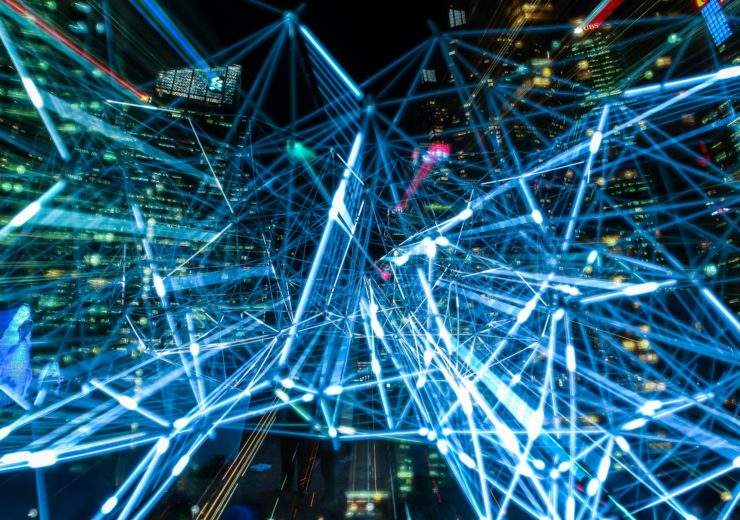 Of all the ongoing developments involved with Internet of Things applications, its potential in e-commerce and the digitisation of physical tools might be the most intriguing.

Rendering cash and credit cards obsolete with the realisation of facial recognition finger vein authentication, or the replacement of physical keys with smartphone apps are no longer mere pipe-dreams.

The Internet of Things (IoT) is making these things a reality as it continues to evolve and grow increasingly sophisticated.

Prolific companies like Mastercard and Amazon, as well as the Car Connectivity Consortium (CCC), have taken notice of this fact and capitalised with ideas like biometric payment advances, the Amazon Key and a digital smartphone car key specification, respectively.

Analysts at data and analytics company GlobalData have sifted through the highlights of Internet of Things applications in the second quarter of 2018, and compiled some key findings that shed some light on the context and potential impact of what these businesses are doing with the technology.

The analysts expand on the broader picture of Internet of Things applications.

Mastercard’s battery-powered sleeve is using the IoT to allow cardholders to scan, register and store a fingerprint on a biometric card – saving them a trip to the bank.

Spanish bank BBVA is also piloting a self-service payment using facial recognition at the its restaurant in the Ciudad complex in Madrid.

Meanwhile, digital payments specialist Nets is trialling a payments-via-finger-vein authentication for those with accounts under the national Dankort debit card at the cafeteria of the Copenhagen Business School in Denmark.

At a broad level, improvements in identity verification methods are a major driver of technological exploration in the commerce segment.

Developments in biometrics such as iris and fingerprint authentication (or the recognition of a unique voice print or heartbeat, or the distinct configuration of veins in the finger or palm, etc) are spurring financial service providers to experiment and innovate.

Piloting these kinds of applications in a busy quick-serve environment is a sensible starting point to evaluate speed and efficiency enhancement potential.

Though many trials, pilots, and limited deployments of biometric financial services identification platforms are happening in numerous countries around the world, mass acceptance or adoption on any noteworthy scale has yet to be established.

Which method will prove to have staying power is open to debate – but secure, immediate, and personal authentication is a major imperative.

Still, advancements like Mastercard’s, offering a cost-effective way for issuers to enable biometric cards at scale while eliminating investment in additional hardware and branch infrastructure, will speed the process.

Initially launched in November 2017, the Amazon Key’s smart entry features have been available to customers throughout the US since April this year.

It enables users to lock and unlock their door from any location via an app or Alexa – the virtual assistant on the Amazon Echo smart home device – as well as set up entry codes for certain visitors.

Customers with compatible cars can use it to have their Amazon packages delivered to and stored in their vehicle when it is parked in listed locations.

Amazon’s control of the front door allows it to gain a foothold in the smart home and make everything about the smart home revolve around Amazon and its partners.

For example, the Amazon Key’s skill for Alexa enables a user to ask the device to lock the door or show Amazon Cloud Cam’s live feed on the Amazon Fire TV, Fire Tablet, Echo Show, or Echo Spot.

Taking the “all Amazon, all the time” mantra further, Amazon expects the Key will enable partners that are billing through its marketplace – including dog walkers and other service workers – to directly gain in-home access.

As a baseline, both Amazon Key and Amazon Key In-Car services are aimed at preventing package theft and building customer loyalty.

Some people will be less anxious about deliveries made to their car rather than to their home, where there is more to steal or break, and family and pets may be disturbed by a courier. A car is also a fine place to hide gifts and other items.

The Car Connectivity Consortium – an organisation driving global technologies for smartphone-centric car connectivity solutions – has published the Digital Key release 1.0 specification, which will act as the first standardised solution to let drivers download a digital key on their smart devices.

By using one of the Internet of Things applications, it allows original equipment manufacturers to securely transfer a digital key implementation on to a smart device via a trusted service manager – a neutral broker that sets up technical connections.

The specification is available to all CCC member companies, including Apple, Audi, BMW, General Motors, Panasonic, Samsung and more.

CCC member companies aim to enable interoperable digital key use cases – including allowing drivers to lock, unlock, start the engine, and share access to the car – all from their smartphones and other smart devices.

CCC member Audi already offers a digital key called the “Audi connect key”, which digitises the conventional vehicle key and transfers it to the user’s smartphone.

Audi notes that one smartphone can store multiple keys and promises that in the future its customers will be able to share up to 15 keys over-the-air with family members, friends, or colleagues.

In that situation, the car will recognise settings from the user’s individual profile and will automatically adjust the seat position, air conditioning, and navigation settings. VW also plans to roll out the feature soon.

Release 1.0 is, as labelled, an early step toward creation of ubiquitous, interoperable digital keys.

In fact, CCC has already initiated work on Digital Key release 2.0, which will provide a standardised authentication protocol between the vehicle and smart device. CCC is eyeing completion of that spec in Q1 2019.

BMW and others feel release 2.0 will have more impact than release 1.0 because that upcoming version will be scalable and interoperable with all smart devices and vehicles.

With 2019 less than six months away and industry heavyweights backing the CCC’s efforts, more digital keys will start rolling out from automakers in the next couple of years.

Internet of Things applications: What the analysts believe needs to happen