Don’t know which waste goes where? IBM may have found a solution 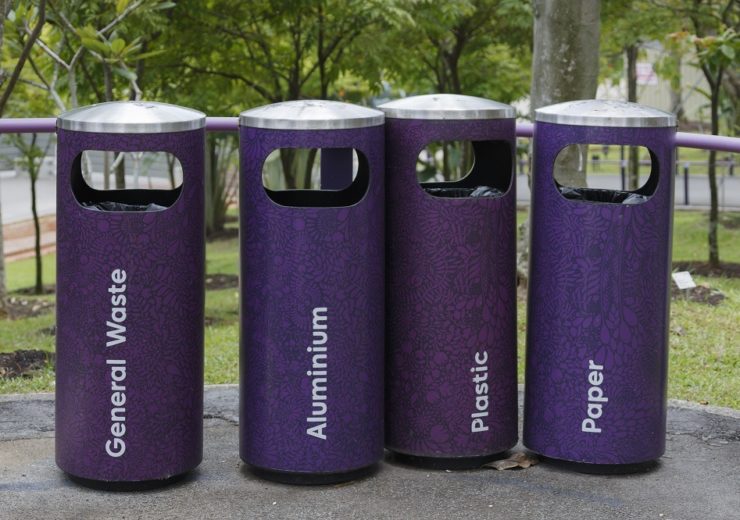 A team of IBM summer interns have put together a software solution that allows users to understand which waste can and can’t be recycled simply by looking at the item. Thomas Parker finds out how it works.

Due to growing concern over the last few years about the amount of waste the world produces, industry and government have been trying to find a way to become more efficient and effective recyclers.

One key issue confusing consumers when it comes to throwing items in the bin is whether they’re recyclable or not.

According to a report released by the UK’s environmental department, more than half of households disposed of one or more items in general waste bins that could have been collected for recycling in 2017.

A group of summer interns at tech firm IBM believe they may have found a solution to this problem.

Working alongside Hampshire-based Marwell Zoo, the team has developed an app called Wastenet, which is capable of scanning an item of rubbish and informing whether or not it can be recycled.

Arthur Berkley, a materials science student from the University of Oxford and member of the quartet, says: “It’s very easy to chuck something in the bin, but knowing which bin to put it in is very difficult.

“There’s a lot of confusion especially around plastics, coffee cups and even pizza boxes -which are presumed to be recyclable but are in fact not.

“So what we have done is to provide a service that assists people and tells them where to put their waste.”

How did the IBM-intern team put together the Wastenet project

When they first decided to pursue this project, the team wanted to gather some data about what people throw away – and they did this by going through the bins at both IBM and Marwell.

Through this rather grim experience, they were able to get a clearer understanding about what items people were getting wrong, and then grouped them by type.

Robert Scowen, another one of the interns who studies computer science and AI at the University of Sheffield, explains: “This is the foundation we are building on.

“We are working up from there to recognise these items that people often make mistakes with, and give them some indication that the item doesn’t go where they think it goes.”

In order to test the real-world capabilities of the project, the IBM interns teamed up with Marwell Zoo, which was keen to get involved in the project to improve its recycling rate.

The organisation’s head of sustainability Duncan East says: “Our current recycling rate of guest waste is around 30%, but we are pretty sure it could be better.

“We know from our previous recycling examinations we do have a problem with contamination.

“Fortunately our current waste management supplier is  not rejecting anything, but it means that our current recycling is not as good as it could be.

“This is because we have a contamination problem, and because people are putting bottles and things into the general waste instead of the recycling.

“We were aware of a problem and IBM had a potential solution, so it seemed like an ideal opportunity to both improve our recycling rates and also do something interesting and interactive.”

Over the course of their summer internship with IBM, the team, based at the company’s site in the Hampshire village of Hursley, developed both a Raspberry Pi – a credit card-sized computer, capable of processing video and audio – which has been attached to a bin on the site, as well as a mobile phone app.

Using IBM’s Watson computer to deliver image recognition, a waste item can be scanned by either the app or Raspberry Pi device and categorised based on its shape, which will in turn tell whether or it is recyclable.

In order for the software to understand the different types of recyclable materials, the team trained it by showing it hundreds of photos of waste products.

Alongside the device’s initial photo training, it is also able to expand its data set from all of the waste material it sees.

“So even if the underlying material changes, they generally have quite similar shapes so don’t tend to vary very much.

“Coke bottles may look a bit different, but we have trained the system enough so it will be able recognise the difference.”

The team has also developed a web interface which allows staff at Marwell Zoo to keep track of what waste is being disposed.

Staff are able to access this information via a live updating graph, which shows them what items have been scanned, and what kind of rubbish is being put in each of the bins.

The team says that, because of its use of machine learning, the software is able to be used across the country.