How energy produced by renewables could be stored through hydrocarbon

The rise of renewable energy technology is matched by the demand for new ways to store the power created. Could hydrocarbons be the answer to this issue? 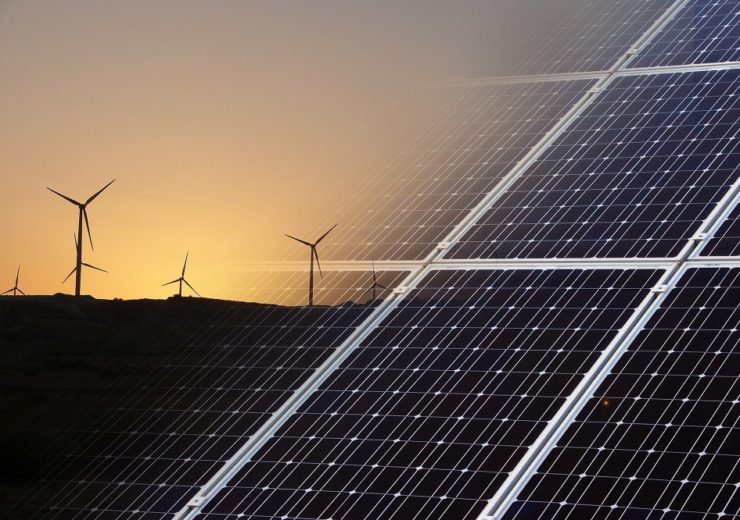 Some 65% of UK consumers say they would choose a green tariff if it supported the country's move away from fossil fuels (Credit: Pixabay)

With the rise of renewable energy generated by solar and wind power, the need for traditional hydrocarbon fossil fuels has reduced — but there’s still the question of how to successfully harness and store such a fluctuating electricity supply.

Earlier this year, UK-based energy giant BP estimated renewable energy would account for about 30% of the world’s electricity supplies by 2040 — making it the fastest to get a foothold on the global market.

The company also predicted that by the same year, the figure for Europe’s use of renewable could be as high as 50%.

One issue that could hinder progress, however, is the difficulty and expense required to store excess energy produced by facilities such as wind and solar farms — with their inherently unpredictable production peaks.

“[With] wind energy, you will have too much power, so the problem is to harness that power to keep it, battery storage is of course very difficult so everybody is trying to find other ways.

“The problem is that electricity cannot be stored for a long time or on a large scale.”

Batteries have traditionally been employed, with some experts predicting lithium-ion battery usage growing as rapidly as the expanding renewables markets.

Yet, the use of these batteries, and more specifically the mining of the lithium, can have damaging social and environmental effects, with any leakage or spillage inflicting a negative effect on communities, ecosystems and food production.

Alongside this, the energy storage capacity is limited, meaning not all of the “clean” electricity can be stored.

These are reasons why some in the industry are turning towards the use of hydrocarbon more efficiently retain the renewable energy that’s generated.

A class of organic chemical compound, hydrocarbon is a substance composed of elements of carbon and hydrogen.

The principal constituents that make up the substance are petroleum and natural gas, which sees it traditionally used as fuel as well as raw materials for the production of products such as fibre and rubber.

Alongside this, hydrocarbon can also be used to make certain types of plastic, including polyethylene, polypropylene and polystyrene.

A naturally occurring substance, hydrocarbons are traditionally present in the make-up of fossil fuels and can also be found in trees and plants.

Hydrocarbon substances are commonly formed when hydrogen and carbon are present and an extreme amount of pressure is applied to the two elements in an oxygen-free environment.

How is energy from renewable sources turned into hydrocarbon?

According to Smid, hydrocarbon can support one to 100 megawatts of energy sourced from renewable technology.

Alongside this, due to the natural gas energy supply network already in place, it is much easier to manage under the current conditions.

He said: “If you have energy left you could fill out petrol lines by electrolysis made from water, add some electrons to it and it becomes hydrogen as a by-product, you can also get more oxygen inside.”

The hydrocarbon is then burnt in order to “release” the stored energy, with water being the only by-product.

Smid said: “Now the hydrogen made by electrolysis can be stored by using salt caverns or liquefying and making it into liquid, and then buying a hydro pipeline and adding it to the natural gas grid — and then use all these gases again for mobility or power generation.”

Where are hydrocarbons being used to store electricity?

One company working in the field of hydrocarbon energy retention is German firm Uniper Energy Storage.

A spin-off from energy giant E.ON, the firm constructed the world’s first demonstration plant for storing wind energy in the natural gas grid at a facility in the German municipality of Falkenhagen in 2018.

The facility was first launched by E.ON in 2013, and uses wind power to run electrolysis equipment that transforms water into hydrogen, which is then injected into the regional gas transmission system.

In March this year, Uniper began operation, producing up to 1,400 cubic meters of synthetic methane (SNG) per day, which equates to approximately 14,500 kWh of energy.

Uniper chief operating officer Eckhardt Rümmler said: “The gas network and gas storage are the only available technology in the long-run to store large volumes of renewable energy seasonally.

“At the same time, power-to-gas contributes to reducing CO2 emissions by using carbon dioxide as a raw material for methane extraction.

“In order for the technologies to be able to reach their full potential in the future, a gradual conversion of the natural gas network to green gas is required.

“Crucial prerequisites for this are that the electricity used is exempted from consumer charges and that the CO2 savings in the transport and heat sectors are taken into account.”