If cement was a country, it would be the world's third biggest emitter 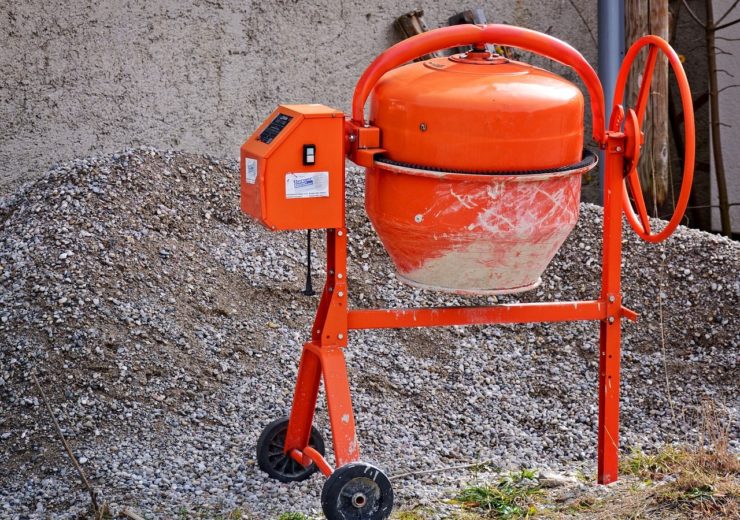 Cement currently accounts for 8% of the world's greenhouse gas emissions, according to MIT

Green cement production could soon be a real possibility for builders after a team of researchers came up with an emission-free method of manufacturing the world’s leading construction material.

Scientists at Massachusetts Institute of Technology (MIT) believe using an electrochemical process to replace the current fossil fuel-dependent system could remove emissions altogether and even make other useful products at the same time.

Mixing cement accounts for about 8% of all greenhouse gas emissions and if it was a country, it would be the world’s third largest emitter.

Why is cement production bad for the environment?

Yet-Ming Chiang, the Kyocera professor of materials science and engineering at MIT who led the study, said: About one kilogram of carbon dioxide is released for every kilogram of cement made today.

“That adds up to three to four gigatonnes – billions of tonnes – of cement, and of carbon dioxide emissions, produced annually today, and that amount is projected to grow.

“The number of buildings worldwide is expected to double by 2060, which is equivalent to building one in New York City every 30 days.”

Cement is now very cheap to produce, costing about 13 cents per kilogram – making it cheaper than bottled water, according to Chiang.

This makes it a major challenge to find ways of reducing the commodity’s carbon emissions without making it too expensive.

Portland cement, the most widely used standard variety, is made by grinding up limestone and then cooking it with sand and clay at high heat, which is produced by burning coal.

Carbon dioxide is produced in two different ways – from burning the coal and via gases released from the limestone during the heating.

How does green cement production work?

Chiang and his team, which includes post-doc Leah Ellis and graduate student Andres Badel among others, spent the past year searching for alternative approaches and hit on the idea of using the electrochemical process.

They claim their process – the results of which were published in the scientific journal PNAS this week – would eliminate or drastically reduce both carbon sources, although more work is required to scale it up from the lab to industry.

First of all, the new approach could eliminate the use of fossil fuels for the heating process, substituting electricity generated from clean, renewable sources – but ultimately creating the same cement product.

Chiang said: “In many geographies, renewable electricity is the lowest-cost electricity we have today, and its cost is still dropping.”

The process involves the use of an electrolyser, a device often found in school chemistry labs that splits water into hydrogen and oxygen using battery electricity.

The crushed limestone is dissolved in acid at one electrode and, at the other, as a solid calcium hydroxide that can then be processed in another step to produce the cement.

High-purity carbon dioxide produced as a by-product in the first electrode can then be easily isolated and harnessed to make other commodities such as liquid fuel to replace gasoline.

Other applications include oil recovery, carbonated beverages and dry ice – but the main result is that no carbon dioxide is released to the environment during the entire process, according to Chiang.

By contrast, the carbon dioxide emitted from conventional cement plants is highly contaminated with nitrogen oxides, sulphur oxides, carbon monoxide and other materials that make it impractical to “scrub” in order to make the carbon dioxide usable.

Calculations show the hydrogen and oxygen also emitted in the process could be recombined, for example in a fuel cell, or burned to produce enough energy to fuel the rest of the process and produce nothing but water vapour.

Could green cement production be scaled up?

While the technology is simple and the team believes it could be scaled up easily, penetrating the industry could prove the biggest hurdle.

A typical cement plant produces about 700,000 tonnes of the commodity per year, according to the researchers, but one approach they suggest is to replace one part of the process at a time to instigate gradual change.

Chiang added: “Our proposed system is not because we necessarily think we have the exact strategy but to get people in the electrochemical sector to start thinking more about this.

“It’s an important first step but not yet a fully developed solution.”