A panel of energy and transport industry experts believe the future of petrol stations is a green one in which they are used as "mobility hubs" for electric, autonomous and ride-hailing vehicles 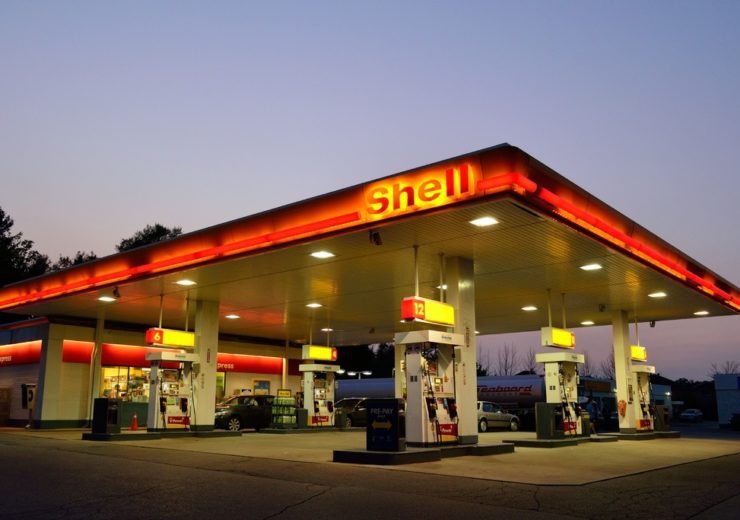 Wreaking of oil and 4×4 diesel testosterone, petrol stations are perhaps the ultimate symbol of the “dirty” fossil fuel age in the automotive industry – but they could have a key role to play in a future green era.

With a growing list of countries pledging to ban new petrol and electric vehicle sales – Norway, France, Germany, the UK, Ireland and Netherlands are among those to propose bans by 2045 at the latest – it brings into question what the future holds for the thousands of roadside filling stations in those nations.

“They could be used for charging vehicles, picking up car-sharing vehicles, parking cars when they aren’t in use or being hailed.

“It’s about how we use the urban environment. One of the complaints of ride-hailing is these vehicles are driving around empty all the time until they pick up a passenger.

“In some areas, buses have to drive around 24/7 because they don’t have enough bus depots.

“But they wouldn’t need to if they had a hub to come back to – and this can be the same with cars.”

Where are electric cars charged?

In 2018, “alternative fuel cars” – including electric and hybrid – accounted for 6% of newly-registered vehicles in the UK.

Until now, kerbside electric charging points have been a popular addition in cities and make up a significant proportion of the publicly-available 14,160 charging stations recorded by Statista.

“We think charging in the street might be something that came and went away again,” he adds during a panel discussion at the Smart Transportation and Mobility Conference in London last month.

Vincent Schachter, head of energy services at US energy demand response provider Enel X, points out how in Britain, about 80% of EV charging is still carried out at homes but in countries like the Netherlands, where there is better infrastructure, this figure is nearer 65%.

“How it’s going to evolve in the future is interesting because we’re only at the beginning,” he says.

“We currently have two or three models. There’s the home or work charging model, on the street and a hub for faster charging.

“It’s not too hard to install at the home in urban areas but 40% to 50% of homes in London, for example, can’t really install them because they don’t have a driveway.

“So we have the challenge of charging in cities, which means there’s very much room for creative models.”

With the green transport revolution now well underway, oil companies have admitted they will need to re-evaluate their business models – with Shell declaring an ambition in December 2018 to double green energy investment to $4bn and BP last year saying it wanted to acquire more green energy firms and set carbon targets for its operations.

However, both have stated hydrocarbons – which are extracted from crude oil and natural gas for fuel – will remain the core of their business.

Paul Gadd, head of land transport at Innovate UK, the UK’s innovation agency, says the government is looking for an industry steer and believes companies that only focus on fossil fuels will have a “limited shelf life”.

But he adds: “There’s things that BP and Shell have that can be really useful in the future.

“They have forecourts and high customer service skills. They could pivot their business around selling renewables it will put them in a good position.”

Mr Kaae adds: “I’d like to take all the petrol stations and turn them into hotspots for electric charging.

“They have lots to offer and it will turn them into clean areas.”

The discussion surrounding the future of petrol stations is part of a much wider trend in which previously fragmented industries interact with each other more than ever before, believes Mr Gadd.

He says: “Energy and transport systems will be interacting, and the communications environment is really going to change everything as 5G comes in.

“The ones that are going to survive and do the best are going to understand the heritage restrictions but also the opportunities we have.”

For Mr Schachter, the future will be “multi-modal”, with data also having a key role.

He believes hydrogen vehicles – a type of low-carbon fuel – will become more popular, along with electric bikes and scooters.

“Electric buses will have a big part to play too,” he adds. “It’s a slightly different charging system that’s more controlled but they carry significantly more people at a time.

“They’re less visible for the end consumer than the scooters you see in cities like Paris but they’re important.”