Analysing the future of augmented reality after Blippar collapse

After UK tech unicorn Blippar collapsed into administration, GlobalData analysts look at what its troubles mean for the future of augmented reality 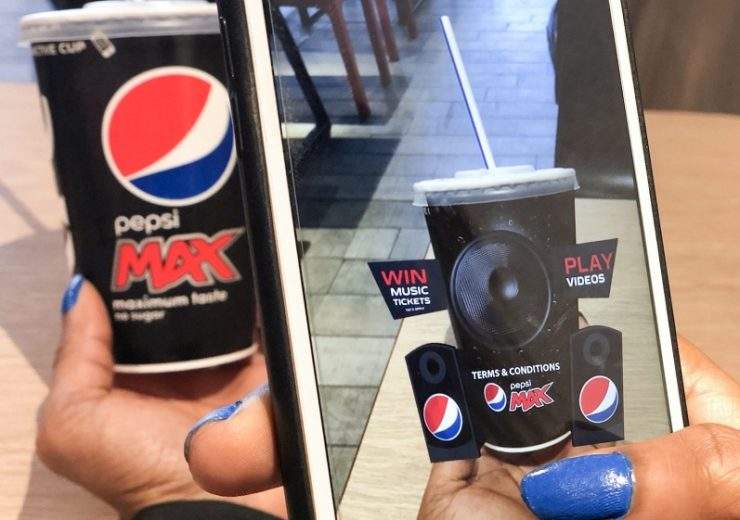 The Blippar app can create interactive visual content just by scanning an everyday object with a smartphone (Credit: Blippar)

The future of augmented reality remains secure despite the collapse of the technology’s flagbearer Blippar into administration, say industry experts.

The London unicorn, which created an app that adds interactive digital content to everyday objects ranging from sports tickets to Heinz ketchup bottles, appears likely to go out of business after a funding dispute.

It will bring to an end one of the UK’s tech ambassadors, which received more than $130m (£103m) in investment since it was founded in 2011 by Ambarish Mitra and Omar Tayeb.

Tech analysts from data intelligence company GlobalData believe that while Blippar’s struggles could puncture some of the hype around augmented reality (AR), the concept still has the power to be “transformative” in certain industries.

Blippar was one of the first companies to create a dedicated AR app, which involved pointing a smartphone camera at certain objects to animate them into action.

During the England Rugby World Cup in 2015, match tickets could be scanned with the app to display videos, match previews and stadium information – while pointing at a Heinz bottle could bring up recipes.

At the time, it appeared to be ground-breaking technology and the company grew to about 300 staff with offices across the world. But more recently there have been suggestions it’s now been regarded by big brands and investors as a bit of a “gimmick”.

The joint administrators appointed by Blippar, Paul Appleton and Paul Cooper of insolvency firm David Rubin & Partners, reportedly said the company had fallen into administration “effectively as a result of an alleged dispute over continued funding”.

A Blippar blog post said its services “are likely to come to halt” as part of the administration process and “all employees will be let go”.

Avi Greengart, research director for consumer platforms and devices at GlobalData, believes part of the problem has been the lack of compatible technology to fully realise the potential of AR.

Blippar created a gaming app for Google Glass but take-up of the smart eyewear tech has been slow.

“Blippar’s technology will eventually be a feature of some other platform – it is not compelling as a standalone app,” said Mr Greengart.

“Other companies in trouble are simply ahead of their time – wearable AR has tremendous potential, but today’s headsets and smart glasses are far too bulky and limited.

“VR systems are cumbersome to wear and there is no killer app driving repeat engagement.”

Brad Shimmin, lead analyst for enterprise data and analytics at GlobalData, added: “From a mass market perspective, it is easy to view the Blippar as proof that augmented reality is one of those solutions looking for a problem.

“Beyond the gaming industry – think Pokémon Go – it is difficult to pinpoint long-term consumer market drivers for AR, although I’m not saying there won’t be any.

“However, the inverse is true for several vertical industries, where several AR use cases stand poised to reshape the way work gets done.”

What is the future of augmented reality? Use cases in industry and healthcare

Mr Shimmin points to the oil and gas industry as an example of the technology being used for productive means, with companies giving workers AR headsets to guide and assist them in safely conduction repair and maintenance work in the field.

“The difficulties faced by Blippar do not revolve around a lack of maturity for AR but rather appear to come from a comparative lack of focus within the company itself,” he said.

“It is hard for a small player to beat more established rivals within a particular vertical or use case.

“That’s how it appears to be going with early domination by established players like Microsoft for workplace productivity and Bosch for automotive manufacturing.”

Other use cases include the Microsoft HoloLens, an AR headset that creates holograms of digital content within a real-world environment.

While consumers have been put off by the $3,000 (£2,300) price tag, the tech has been adopted in industrial environments to assist workers in performing tasks, such as designing spaces and fixing technical issues.

It’s also been a hit in healthcare, with medical students bringing up realistic images of the human anatomy for interactive learning.

UK digital healthcare start-up Medical Realities has also used HoloLens so doctors based in various parts of the world can communicate with each other as if they’re all in the same room during surgery.

“However, over the long run, these technologies are still likely to be transformative.”

The release of the free mobile game Pokémon Go in July 2016 was regarded as a watershed moment for AR and brought the tech to the attention of the mainstream.

Gamers are able to walk around urban environments and find computerised characters from the popular franchise pop up in the “real world”, which they must “catch”.

Mr Greengart believes the success around Pokémon Go – it received more than 800 million downloads and grossed $2bn (£1.58bn) for US publisher Niantic as of September 2018 – was a “red herring” when it comes to showcasing AR’s potential.

He said: “The key to Pokémon Go’s enduring success is not AR, it’s the Pokémon brand and Niantic’s unique map-driven mobile gameplay.

“Companies with established ties to developers and long investment timelines are best positioned to capitalise on AR.

“While we wait for the technology to mature, early success is more likely to be found in the enterprise, where high return on investment justifies custom software development and putting up with today’s limitations.”

Niantic is now converting its consumer success in the tourism arena, launching a partnership with the United Nations’ World Tourism Organization (WTO) last month to promote world travel through AR games, in which players engage with real-world locations through its mobile apps.

Mr Shimmin also points out how Google’s new AR software development platform ARCore has encouraged entertainment broadcasters like the UK’s BBC and A&E Television Networks in the US – as well as auto manufacturer Porsche – to create their own AR apps.

He believes these “viable consumer use cases” suggest AR doesn’t just have to be consigned to industry and healthcare, despite Blippar’s struggles and the lack of a fully-fledged AR headset.

But he added: “It’s difficult to predict exactly how the use of AR will play out in the consumer market beyond what we’ve seen with gaming thus far.

“Niantic’s engagement with the travel industry is I think proof of that – even a company with substantial backing is seeking out multiple lines of business, exploring all available options for what is definitely an adaptive technology.

“I also expect we’ll see a number of consumer lines of business emerge over the coming years, many we haven’t even thought of yet.

“For example, we could see augmented driver assist, augmented shopping, augmented sporting, such as in skiing and climbing.

“The current narrative focusing on the performance of Blippar itself when considered opposite the sizable and diverse ecosystem of established AR providers, would indicate that even from a consumer standpoint, AR is here to stay for both consumers and enterprise buyers.”