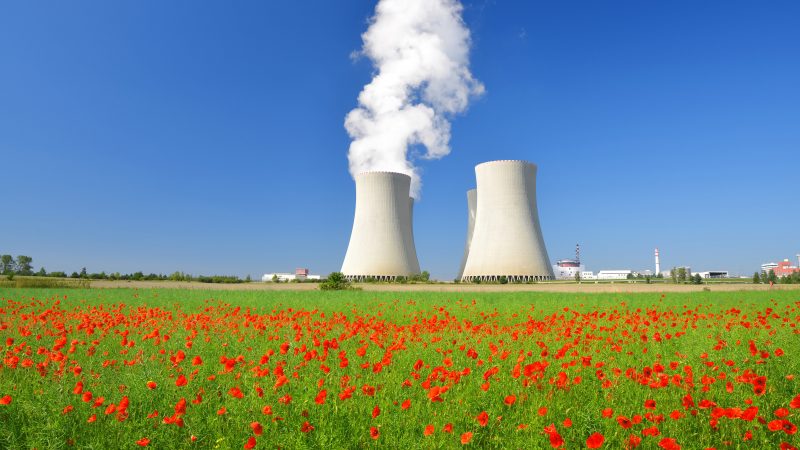 In 2011, the German government ordered the immediate closure of eight of its 17 nuclear power plants - with the remaining nine to be phased out by 2022 (Credit: FORATOM)

While many countries are ramping up their nuclear capacity to meet emission targets, Germany has taken the opposite approach with a planned phase-out by 2022. Yves Desbazeille, director-general of FORATOM, a Brussels-based trade association for nuclear energy in Europe, explains the impact this will have.

What impact will Germany’s decision to phase out nuclear have?

The German government’s decision to phase out nuclear power can be perceived by other EU member states in some way as a “lesson learned”.

In the European Union, more and more countries seem to understand that the full decarbonisation of their energy systems in line with the Paris Agreement, and EU climate and energy goals cannot be achieved without nuclear energy.

Germany, which decided to prematurely phase out its nuclear fleet, has recently confirmed it would miss its 2020 emissions targets by a wide margin.

If Germany had decided in 2011 to phase out 20GW of coal plant capacity instead of nuclear, it would have reached its emission targets and now it could be rightly recognised as the European climate champion.

Germany’s decision goes against many international expert organisations – such as the UN’s Intergovernmental Panel on Climate Change (IPCC) or the International Energy Agency (IEA) – which recognise the indispensable role of nuclear energy in counteracting climate change.

This trend shows that more and more EU member states consider nuclear energy to be an important tool in counteracting climate change and see a bright future for it in the EU.

2. What benefits does nuclear have on the climate, costs and the economy?

Nuclear energy is a key part of the European Union’s energy mix and will continue to support the goal of decarbonising the EU’s economy in line with the Paris Agreement.

Both the UN’s IPCC (global warming of 1.5C) and the IEA (nuclear power in a clean energy system) have made it very clear that decarbonisation goals cannot be achieved without nuclear energy.

Also, the European Commission has confirmed in its 2050 long-term climate strategy (“A Clean Planet for All”) that nuclear energy will form the backbone of a carbon-free European power system, together with renewables.

Therefore, nuclear energy should be perceived as an indispensable contributor to the EU’s energy and climate goals.

Compared with other energy sources and according to the IPCC, nuclear energy emits 30 times less CO2 than natural gas, 65 less than coal and 3 times less than solar energy.

What’s more, it does not emit any of the harmful pollutants, such as nitrous oxide and sulphur dioxide, which apart from affecting the climate, are one of the major threats to public health because they contribute to nowadays bad air quality.

Apart from the power sector, nuclear can also help decarbonise other industries such as district heating, industrial heating, hydrogen production or desalination.

As such, it is an excellent contributor to many currently ongoing endeavours.

Nuclear energy has also many other climate-related benefits. When it comes to land use, the number of hectares needed to produce electricity from nuclear power plants is much lower than, for example, wind farms.

Not only does this reduce the visual impact of energy generation, it also limits land use change and the loss of biodiversity and natural habitats.

These technologies do not currently exist, there could be many as yet unknown bottlenecks during their development and they could generate significant environmental impacts.

For example, in terms of the raw materials and rare earths which would need to be mined itself could become a bottleneck.

Nuclear energy provides also many economic benefits. Currently, the European nuclear industry sustains more than 1.1 million jobs in the EU and generates more than half a trillion euros in GDP, according to Deloitte.

Each gigawatt of installed nuclear capacity in the EU triggers €9.3bn in annual investments both in the nuclear and connected economic sectors, provides permanent and local employment to approx 10,000 people and generates €4.3bn in EU GDP.

Nuclear energy has also a positive impact on security of energy supply in the EU.

To put it into context, one uranium fuel pellet (7g) can produce as much energy as three barrels of oil, one tonne of coal or 500 cubic meters of gas.

Nuclear fuel is affordable, easy to storage and its costs are marginal in the total cost of electricity.

According to the Euratom Supply Agency, natural uranium supplies to the EU are well diversified, and most EU utilities have inventories to cover one or two years of operation, and some utilities are even covered for more than four years.

3. Given previous disasters like Chernobyl and Fukushima, is nuclear safe?

In addition, even accounting for accidents, nuclear energy has caused fewer casualties than any other form of electricity generation.

In addition, safety of all nuclear facilities is governed by stringent laws that are overseen by an independent regulator in every country that has a nuclear programme or is embarking on one.

That being said, of course safety is the European nuclear industry’s priority.

Maintaining a high level of safety is non-negotiable for the long-term operation of existing nuclear power plants, for new build projects and for gaining public acceptance of and confidence in nuclear.

After the Fukushima accident, stress tests – carried out in all nuclear reactors operating in the EU – confirmed that none of them needed to be closed, testifying to the high safety standards of nuclear power plants operating in Europe.

The EU also introduced additional safety regulations which have been implemented by the European nuclear industry. In general, the EU’s Nuclear Safety Directive, which was adopted in 2014, provided the EU with the strongest safety standards in the world.

4. Does nuclear pose a threat to the scale-up of renewables such as wind and solar?

Nuclear and renewables should work in cooperation and perceived as a perfect combination.

These two sources of energy are low-carbon, and thanks to the fact that nuclear energy is dispatchable it can bring specific advantages to the market.

FORATOM shares the European Commission’s point of view, which in its 2050 long-term strategy confirmed that “nuclear energy will form the backbone of a carbon-free European power system, together with renewables”.

If the European Union is serious about decarbonising its economy, then all available low-carbon energy sources are needed to play a part in this process.

Therefore, nuclear energy can be used in conjunction with renewables to provide an energy mix that is reliable, affordable and low-carbon.

This is because the lifecycle CO2 emissions produced by nuclear power stations are comparable to wind energy and significantly lower than solar.

In my view, renewable energy sources, such as wind and solar, are one of the tools available which can help Europe decarbonise its electricity system. 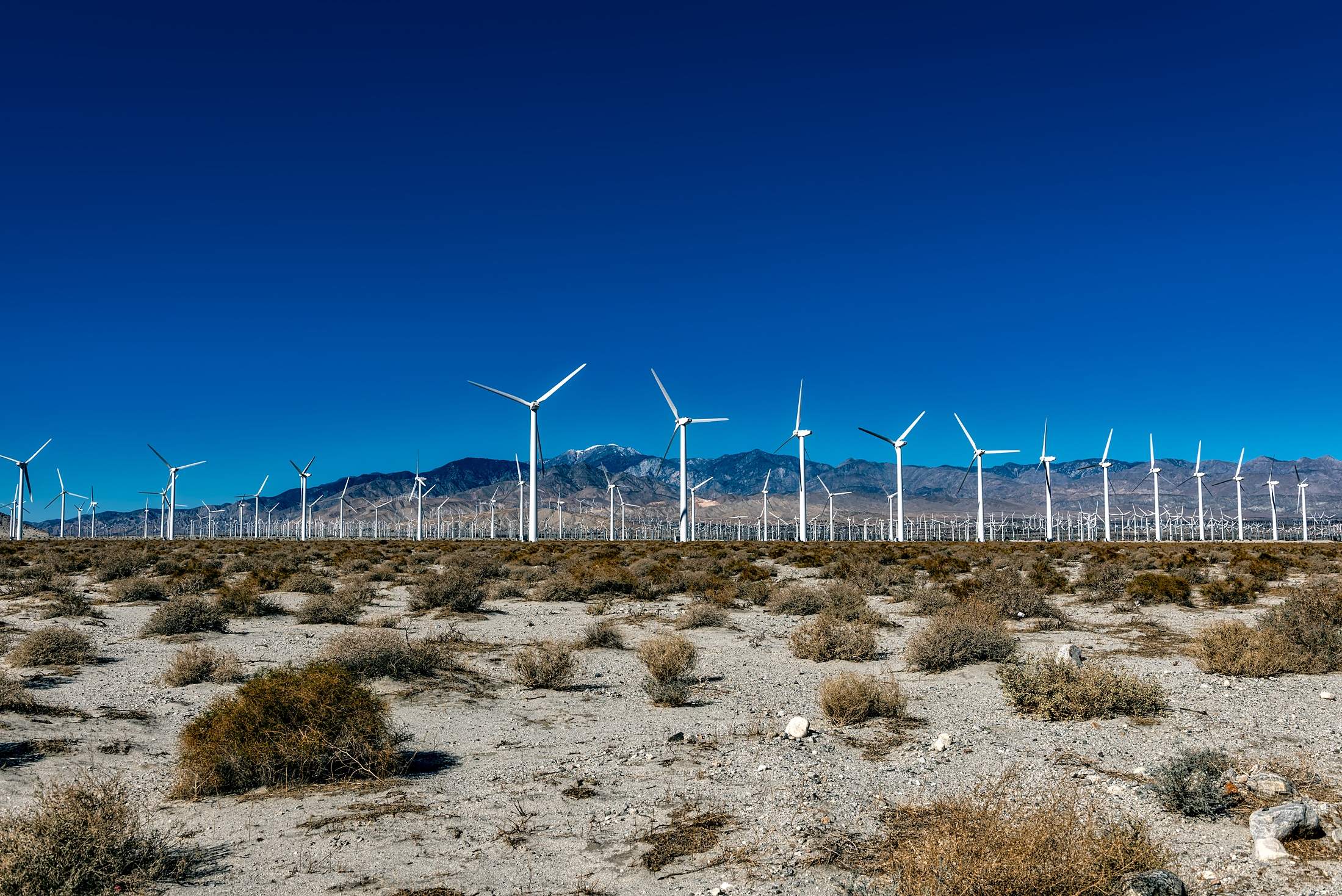 The challenge which they face today is their intermittent nature, given that they depend on the sun shining and the wind blowing.

Hence why they need to be combined with other sources of low-carbon energy – such as nuclear, the only large-scale form of electricity production which is not weather dependent.

By combining intermittent renewables with flexible nuclear, Europe will be able to decarbonise its electricity system, whilst at the same time ensuring security of supply – at an affordable cost.

5. What does Europe’s nuclear sector look like right now?

Over the last couple of months, we have seen a few very important developments at EU level which may impact the future of nuclear energy in the years to come.

Of course, the question is how these positive signals will be translated into specific EU legislative files.

Also, to what extent EU decision-makers will, on one hand, recognise nuclear energy for the benefits it brings to the system and, on the other, follow the recommendations of international experts such as the UN’s IPCC – which recognises nuclear power has an important role to play if the world is to keep global warming to below 1.5C – or the IEA, which says that a steep decline in nuclear power would threaten energy security and climate goals.

From the perspective of the European nuclear industry, the issue of innovation is also key.

Some breakthrough technologies can be expected to occur in waste management and recycling, such as new business models (for example small modular reactors – SMRs) and Gen IV reactors.

All these undertakings can help tackle some of the current challenges in this field.