The disaster led to the passage of the Oil Pollution Act 1990, which increased penalties for companies that spill oil into oceans and rivers 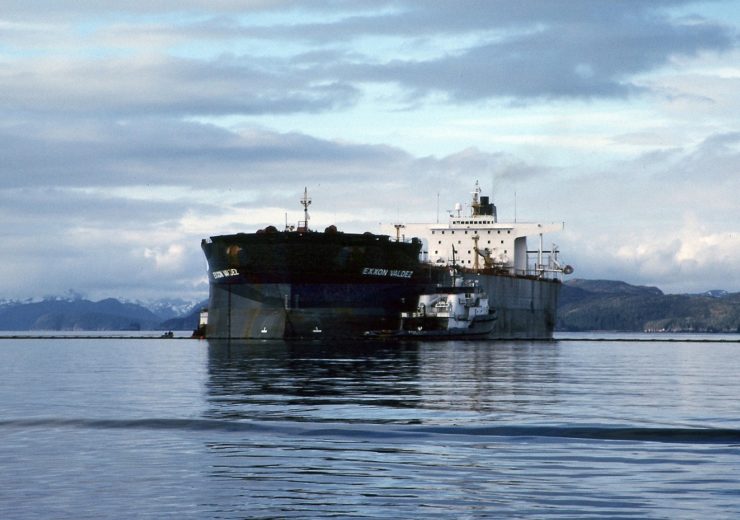 The Exxon Valdez tanker had a single hull - but legislation that resulted from the oil spill forced similar vessels to be double-hulled (Credit: NOAA)

The year 1989 is often described as a turning point in political history as the fall of the Berlin Wall triggered the collapse of the Soviet Union – but there was also a huge impact on the energy industry after the Exxon Valdez oil spill.

The disaster happened when an Exxon Shipping Company oil tanker crashed into the Prince William Sound Bligh Reef, just off the coast of Alaska, and spilled almost 11 million gallons of crude oil.

It was the worst spill in US history until the Deepwater Horizon incident in 2010 in terms of volume but is considered the worst globally when assessing the environmental damage.

The Exxon Valdez oil spill has been cited for “changing the oil industry forever” by making tankers safer and introducing new legislation that placed more responsibility on oil companies.

The incident was brought back into public consciousness this week after it was compared to the Norilsk oil spill, when 20,000 tonnes of diesel leaked from a power plant in the Siberian city into a river within the Arctic Circle on 29 May – leading to a state of emergency being declared by Russia.

Here, we take a look back at how the 1989 Exxon Valdez oil spill unfolded and its repercussions on the energy industry.

How did the Exxon Valdez oil spill happen?

The collision tore open the ship’s hull, releasing 10.8 million gallons of oil into the Prince William Sound within the Gulf of Alaska.

Within days, the oil had spread 1,300 miles along the coast, causing huge environmental and wildlife damage.

“Populations of pacific herring, a cornerstone of the local fishing industry, collapsed, the magazine reported in April 2019. “Fishermen went bankrupt.”

The financial loss from recreational fishing was estimated at $580m, while it cost the Alaska tourism economy $2.4bn and affected 26,000 jobs as the number of visitors hit a record low for almost a year.

The reef was a well-known navigational hazard but an accident investigation found its commander Captain Joseph Hazelwood was not at the helm of the tanker – it was later found he was asleep in his room – when the accident happened, while the Third Mate failed to manoeuvre the vessel away from the reef properly due to a broken radar.

It discovered the radar had not been working for a year prior and Exxon had not installed iceberg monitoring equipment. The Third Mate was also not qualified to take control of the ship, which was also under-staffed.

In March 1990, Hazelwood was acquitted at trial of felony charges for being intoxicated but convicted of a single misdemeanour negligence charged – resulting in a $50,000 fine and 1,000 hours of community service.

Cleaning up the oil spill

It was several days before the clean-up operation got underway and it was reportedly this delay that made the accident so catastrophic as efforts to contain the oil slick became impossible as it spread to more areas.

More than 11,000 Alaska residents joined Exxon employees and federal responders to aid the clean-up, which took about three years and involved complex operations such as temporarily relocating marine life. Some 1,400 vessels and 58 aircraft were also used

This cost Exxon about £2bn, while its bill for restoring habitats and compensating for personal damages totalled another $1.8bn. It also agreed to pay the State of Alaska and the US government $900m over a 10-year period in a civil settlement signed in October 1991.

In an online profile of the episode, the US Environmental Protection Agency (EPA) says: “Many factors complicated the clean-up efforts following the spill.

“The size of the spill and its remote location, accessible only by helicopter and boat, made government and industry efforts difficult and tested existing plans for dealing with such an event.”

Experts have said it is impossible to fully clean up an oil spill in the ocean and local populations of some marine species like killer whales and seabirds in the Prince William Sound had still not recovered three decades later.

Marine Insight predicts about 20 acres of the Alaskan coastline remains polluted by sub-surface oil, which it says contains poisonous content that could harm marine creatures, flora and fauna if released.

What was the long-term impact on the oil sector?

The biggest immediate result of the Exxon Valdez oil spill in legislative terms was the passage of the Oil Pollution Act 1990, which increased penalties for companies responsible for oil spills.

It also required oil tankers in US waters to have a double hull, making it less likely to spill oil in a collision like the single-hulled Exxon ship. The EU followed this lead by outlawing single-hull tankers in 2002.

Today, all the world’s fleet of 12,000 to 14,000 tankers used for transporting oil, chemicals and LNG are said to be double-hulled.

Another clause of the 1990 act prohibited any vessel that caused an oil spill of more than one million gallons after 22 March 1989 from operating in Prince William Sound – a key strategic route.

Analysis by the ITOPF, an association of ship owners that responds to oil spills, found that incidents in which more than seven tonnes of oil has been leaked by tankers have fallen from 79 spills per year in the 1970s to six per year in the 2010s, while large spills greater than 700 tonnes dropped from 24.5 to two annually.

It cited tougher regulations and better navigation equipment for the performance improvements, but increased offshore oil drilling has created new risks for leaks.

“Marine oil spill containment and recovery technology improved tremendously after the Valdez, but not much has changed for at least the last decade,” National Geographic wrote in 2019.

“Spills can be located faster and their movements modelled more accurately, but full containment and clean-up remains impossible.”