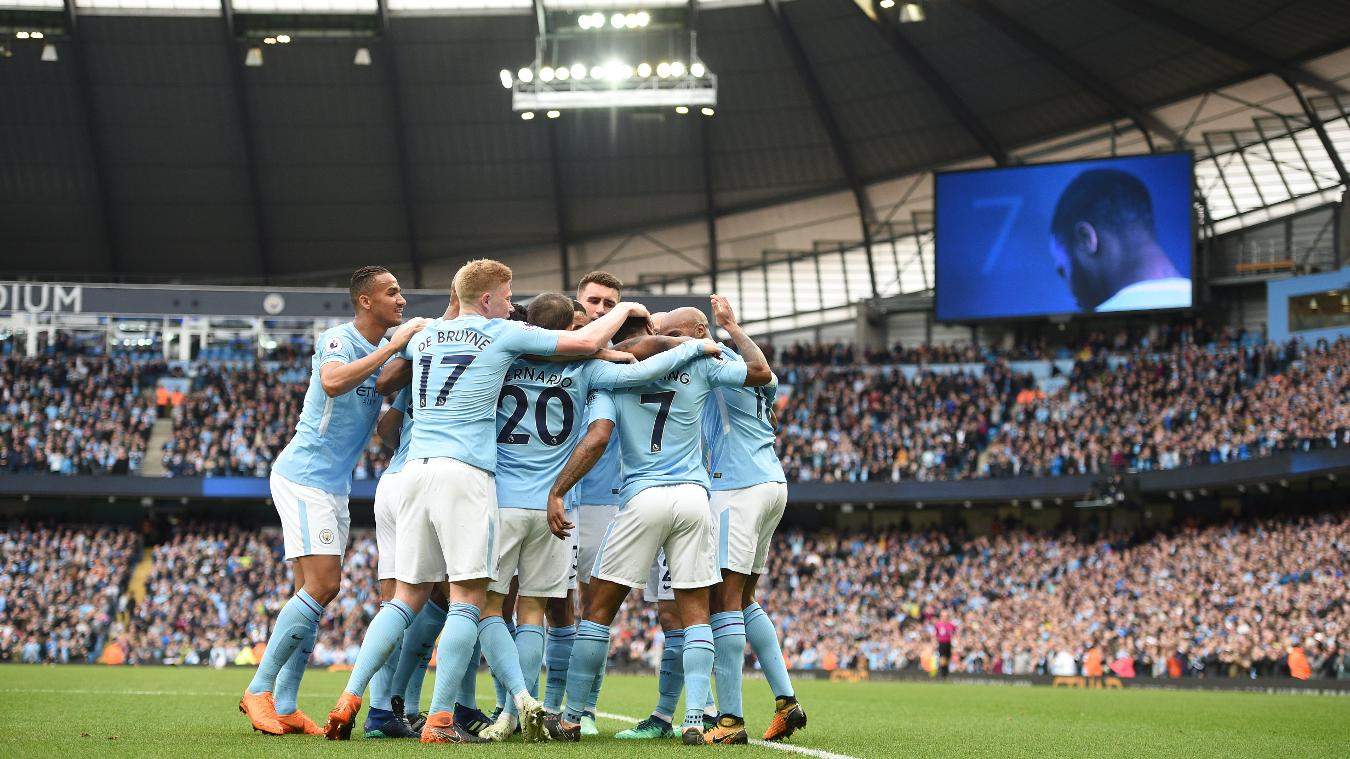 Manchester City won the 2017-18 English Premier League - but how long will then remain in it before opting to join a European Super League? (Credit: Premier League)

The growing influence of American investors in football means a breakaway European Super League will happen “sooner rather than later”, according to a new economic report.

Business intelligence company Vysyble believes the relentless pursuit of higher revenues means the continent’s top clubs could soon ditch their domestic leagues in favour of an elite NFL-style competition that would replace the Uefa Champions League.

In American football, teams play as franchises and can’t be relegated from the NFL – a concept that if implemented in football would directly threaten the competitive spirit of a sport that allows smaller teams to rub shoulders with bigger clubs.

Despite record revenues mainly brought in from domestic and overseas media companies, the top six clubs as a group are still spending beyond their means on transfer fees and wages with no sign of this slowing in the face of a significantly reduced 2019-2022 EPL domestic TV deal.

This has motivated the top six to seek additional revenue streams including a greater share of international TV rights, which have until now been distributed evenly along with domestic rights.

“The top six clubs are dominating proceedings in a way that points towards a desire to further reduce their risk, to the point of dispensing with the current EPL altogether.

“Clubs hope they will be able to recover the shortfall in domestic TV money from international media revenues and it is the top six clubs, who have not made a collective economic profit in years, that just negotiated to receive a bigger share.

“It is the increasing ambition of the top six and their different fiscal approach that leads us to believe that the EPL is already on the road towards an end-game that will result in its ultimate demise and replacement by an NFL-style European Super League.”

The idea of a European Super League has been floated since the 1990s to bring together the best clubs from across the continent, but has yet to get off the ground.

Arsene Wenger, the former Arsenal manager who left the club after 22 years this summer, said in May that a European Super League was “inevitable” because the big clubs will no longer want to share broadcast revenues with the smaller ones, who fewer fans are keen to watch.

But rather than replace the EPL altogether, he believes domestic matches will be moved to midweek and replaced by weekend matches in a new European Super League – which will feature more glamour fixtures.

But this has stagnated in the 2019-22 deal, which was worth £4.45bn in the first five of seven packages – with the value of the two remaining bundles yet to be revealed.

It means more growth potential has been attached to overseas TV money, which stands at £3.3bn for 2018-2019.

This sum is currently evenly shared by all 20 EPL clubs but, from 2019-2020, any foreign income on top of the current figure will be distributed according to where a team finishes in the league after a vote was pushed through earlier this year.

Mr Bell said: “In any other industry, such consistent economic losses would result in structural change, mergers and acquisitions.

“In English football, the process as we see it has already started.”

Based on the “economic profit” concept – a much more demanding metric of performance that includes all the costs of doing business – the report found EPL clubs generated a collective revenue of £26.1bn between 2008-09 and 2016-17.

However, they still managed to achieve economic losses of £1.9bn.

The division’s collective economic profit in the latest available accounts from 2016-17 of £222.27m – the first in nine years – has barely dented the overall poor economic returns achieved by the clubs.

“However, it is not until the underlying economic profit and loss numbers are examined that we then get to see the remarkable financial trends and behaviours exhibited by EPL clubs.

“We can clearly see a two-tier division with obvious implications regarding a potential breakaway group comprising of the top six clubs.

“The current EPL structure as we know it is, in our view, unsustainable given the operating practices deployed by the clubs.”

Vysyble’s first foray into business dynamics started with English football when it published the first We’re so Rich… report in November 2016.

Since then, it has published two more editions of the annual EPL review – as well as Over the Line, which looked at the costs incurred by clubs chasing promotion together with longevity for promoted clubs within the top division, and the Football Profitability Index to measure the economic efficiency of top-tier clubs in converting their revenue into profit.

Mr Bell added: “We believe that this is the most comprehensive financial analysis of English football to date, surpassing the previous edition.

“ Our goal is to determine the economic performance of Premier League clubs over the most recent nine-year period by the calculation of economic profit (where all the costs of doing business including tax, interest and capital charges are considered) for each club and for each statement of accounts.

“The resulting data has enabled us to identify continuing areas of risk to the current financial model.”