It's widely recognised that a good work-life balance is crucial for people’s health, and the likes of Denmark, Sweden and the Netherlands are achieving the best equilibrium between working hours, wages and holiday 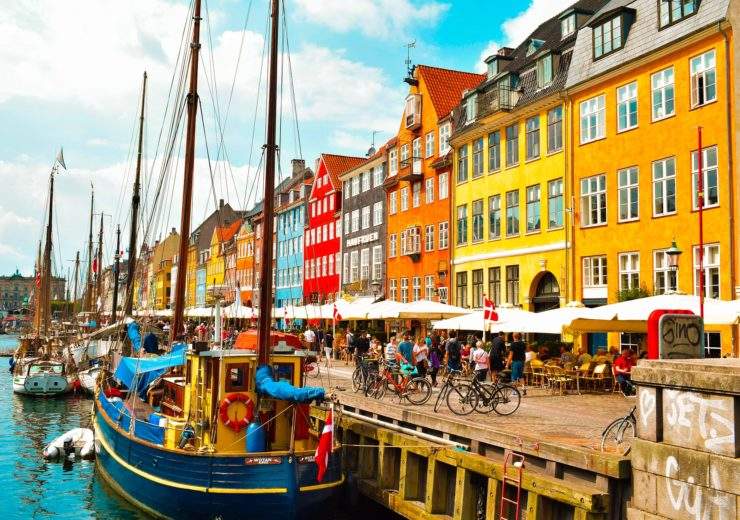 Although the notion of an equal work-life balance first originated in the UK, it is not the best at sticking to it.

During the working week, the day is generally divided evenly, in theory, with eight hours of labour, eight of recreation and eight of rest – a concept first dreamed up in 1926 by Robert Owen, a British manufacturer and proponent of social reform.

Analysis of working hours, holiday leave and pay across Europe shows the UK now comes in at 13th of the 24 countries assessed by personal finance service TotallyMoney, behind the likes of France, Germany, Ireland, Iceland and Belgium.

“It’s important, whatever business you’re in, to make sure you get some downtime, for personal time and for spending time with family,” said a spokesperson at Totally Money.

“But it looks like the best place to go to really get a balance is northern Europe.”

Turkey came bottom of the list and Portugal also scored surprisingly poorly due to its relatively low average monthly salary – but here were the top seven nations for a work-life balance.

The northern European country was the top scorer for happiness and fared well on average salary against cost of living, time devoted to leisure, and hours worked.

The average monthly salary, when divided by the cost of living by the Numbeo index, remained one of the highest at €3,270 (£2,900), while the average working week lasts 32.9 hours on average.

Denmark DK – the “official website of Denmark” – states that “Danes enjoy a high degree of flexibility at work, often being able to choose when they start their working day and having the flexibility of working from home”.

It adds: “The Danish welfare model, with its flexible working conditions and social support networks, including maternity leave and childcare facilities, not only puts Denmark at the top of the international equality league table, but also contributes to a generally high standard of living.”

Sweden scored similarly to Denmark in many areas but had a longer average working week – working an extra three-and-a-half hours. It did, however, have three more bank holidays a year.

Sweden is one of several countries to adopt a policy to improve work-life balance.

Although its working hours are similar to the UK, working an average of 7.3 hours a day, the flexibility that Swedes enjoy in when they work these hours and the ability to work from home make it a more positive experience.

Work-life balance in the Netherlands

The Netherlands topped the results for its low number of hours worked in a week, averaging only 30.3 hours a week.

Having the second lowest number of bank holidays (nine) brought its overall rank down for the TotallyMoney report.

According to the OECD Better Life Index, the Netherlands comes top for work-life balance.

It found the Dutch are more satisfied with their lives than the OECD average and only 0.5% of employees were found to work “very long hours”.

Despite having one of the best results for the number of hours worked, Finland’s low productivity – scored 48.8 out of 100 – brought its overall ranking down.

The report claimed the country’s “commitment to the work itself means they’re giving almost too much focus to their leisure to achieve a good balance”.

Eurofund found there had been a recent downwards trend in work-life balance as women and low wage earners were finding it more challenging to lead a balanced lifestyle.

Three indicators highlighted the issue. One in two respondents (50%) were too tired from work to do household jobs at least several times a month, a quarter of respondents claimed to have difficulties fulfilling family responsibilities because of work and the number of people who said they had difficulties concentrating at work because of family responsibilities had doubled.

Despite all this, Finland is still performing better than the UK and well above the EU average.

Moving further down the list, France had a total of 16.4 hours dedicated to leisure, personal time and sleep, the highest across all the research.

In 2016, French workers won an employment law that granted them the right to ignore work-related calls, emails or messages outside of working hours.

Dubbed “the right to disconnect”, the law was intended to tackle the “always-on” culture that dictates current working habits.

However, the French happiness index score was lower compared to the other countries at the top end of the scoring.

Spanish workers benefit from a minimum holiday allowance of 30 days – the highest amount of any country included in the research.

They also dedicated a joint-highest 9.3 hours to leisure on average every day.

Although employees can enjoy an afternoon siesta, they tend to work later than their UK counterparts, often staying in the office until 8pm.

Luxembourg topped the table for productivity with its score of 73.2.

It has a high happiness index and, despite a high cost of living, enjoys a high average monthly salary of £2,810.

The country came top of a separate list for work-life balance earlier this year because of its high pay and low hours.