The costs and energy consumption of putting up Christmas lights 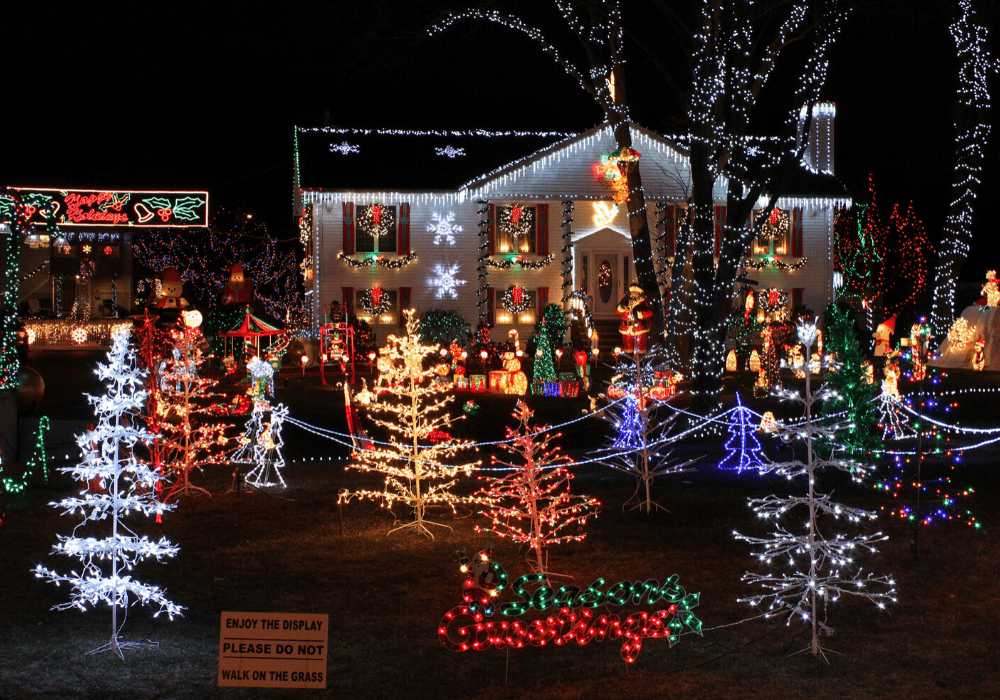 The Christmas season is in full swing and lights can be seen on just about every corner – but there are ways to ensure that displays are not using up more precious energy than necessary.

Although a few fairy lights and shiny decorations, in most cases, are not going to break the bank, the popular incandescent bulbs are less environmentally friendly and proven to be more expensive to run over the entire holiday period.

LED lights, despite costing more to initially purchase, are more energy-efficient and can last 25-times as long as incandescent bulbs, according to the US Department of Energy.

Here, NS Energy looks into the true cost of Christmas lights on the energy industry and electric bills – and there is even a tip on how you can ensure your spruced-up home can be seen from space.

Christmas decorations are believed to have originated from Germany in the 17th century, where people used to put candles up on their trees.

The candles were attached to branches with pins or melted wax, which unsurprisingly led to several house fires.

It wasn’t until 1880 that Thomas Edison, creator of the incandescent bulb, unveiled the first outdoor electric Christmas lights display with his colleague Edward Johnson.

Shortly after that, Johnson made the first string of Christmas lights from 80 small electric light bulbs.

Then in 1890, the lights were mass-produced and stores began to put up festive displays.

Once the illuminations became more affordable, people started to decorate their homes and the tradition became a mainstay of the season.

How much energy do Christmas lights use?

With the world moving towards cleaner energy and looking to reduce emissions, there are questions to be asked about the heavy usage of Christmas lights.

A 2008 study from the US Energy Department’s Energy Information Administration (EIA) found festive lights accounted for 6.6 billion kilowatt-hours (kWh) of electricity consumption every year in the US.

That may have just been 0.2% of the country’s total electricity usage, but that amount of energy could be enough to run 14 million refrigerators, according to the study.

It would also have been enough to provide electricity for the whole of El Salvador, where the Central American country’s consumption was 5.9 billion kWh in 2016.

According to energy switching firm Flipper, leaving Christmas lights on for 10 hours a day over the 12 days of Christmas would lead to enough CO2 being producedto inflate 64 balloons per household.

It adds that extravagant displays can produce enough carbon to fill two double-decker buses, or enough energy to heat the average home for up to six weeks.

There are two main factors to consider in the cost of Christmas lights.

Firstly, buying and setting up the display – and then paying to run them for several hours a day, for at least the month of December.

LED lights are regarded as the more energy-efficient, environmentally-friendly option, as they are believed to provide energy savings of up to 90% compared to conventional incandescent bulbs.

This is because the latter has a filament and about 90% of the energy they produce is wasted as heat.

For the first time this year, London’s Oxford Street replaced its glowing baubles with 27 “LED light curtains” hanging above the street, consisting of 220,000 individual lights.

According to UK-based consumer website Which?, for a standard household to run seven strings of 100 incandescent lights for six hours per day through December, the cost of electricity would be £8.94 ($11.55).

Even the biggest Scrooge can’t argue with savings like that.

How to make your Christmas lights viewable from space

There is certainly a competitive edge to Christmas lights, with towns and cities around the globe putting on large displays to prove who can do it the best.

But also, in most neighbourhood’s, residents are battling it out to see who can showcase the best lights on their street.

Researchers from the University of Leicester conducted a study in 2018 to see how many Christmas lights it would take for a house to be seen from the International Space Station.

They found it would take 2,683 LED lights to be placed on the roof of a home to reach the feat and gain a competitive edge during the festive season.