How the UK is tackling energy transformation: What we learned at ERA Vision 2018 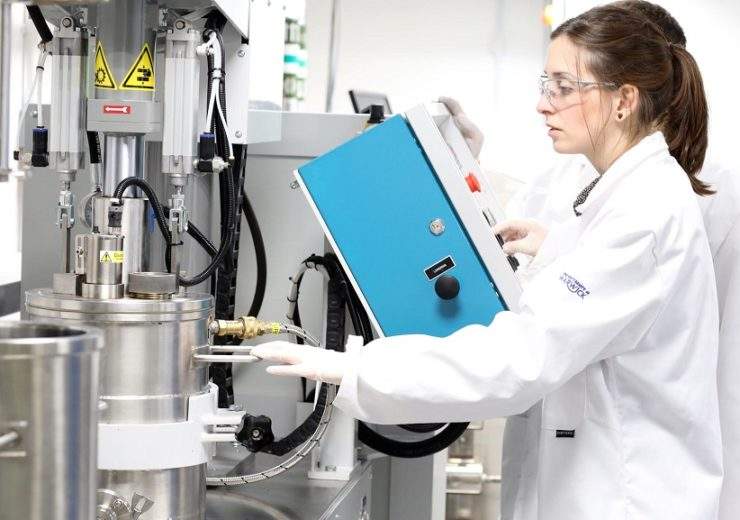 When a United Nations body released a report showing much more needs to be done to keep global temperatures at a maximum of 1.5C above pre-industrial levels, it highlighted what many have known for a while now – energy transformation is desperately needed, and quickly.

The Intergovernmental Panel on Climate Change (IPCC) claimed last month the world has 12 years to get itself in order until the most catastrophic effects of global warming begin to be felt.

It means the transition from fossil fuels to renewable energy must be accelerated, something that is being worked on by a collection of universities and businesses in the Midlands region of England.

The Energy Research Accelerator (ERA) aims to join together world-class energy research with the aim of accelerating commercial development.

Its first conference, the ERA Vision Midlands Energy Conference 2018, was held at the University of Nottingham yesterday (26 November).

Compelo was in attendance to hear industry and academic leaders speak about the industry’s main issues and potential solutions for energy transformation.

What is the Energy Research Accelerator?

Announced by then-Chancellor George Osborne in his 2015 Autumn Statement, ERA was set up in April 2016.

It is billed as the “first truly embedded cross-disciplinary hub in the UK”, and aims to tackle some of the world’s biggest energy challenges, such as carbon capture, energy storage, creating smarter energy systems and sourcing alternative materials.

More than 1,000 researchers and 400 academics from Aston, Birmingham, Cranfield, Keele, Leicester, Loughborough, Nottingham and Warwick universities are involved, as well as the British Geological Survey based in the East Midlands.

The group has received £60m funding from government agency Innovate UK and £120m in investment from more than 40 industrial partners – with the money used to invest in more than 30 new research and development facilities and various demonstrator projects.

ERA chief operating officer Dr Emma Kelly says: “Innovation has a crucial role to play in the response to climate change and the geopolitical uncertainty, driving efficiency and security, while integrating smart systems.

“It’s vital we share our ideas and best practice. By working together, we can truly push forward the barriers of what’s possible in energy innovation.”

An energy revolution is underway

He highlights how the world’s first offshore wind farm, which opened off the coast of Denmark in 1991, consisted of 11 turbines – each with an output of 450 kilowatts (kW) – and generated about 250 gigawatt-hours (GWh) over 25 years.

In July, an offshore wind farm near Aberdeen in the North Sea opened, with each of the 11 turbines having an output of 8.8 megawatts (MW) and a site capacity to generate more than 350GWh in a single year.

Mr Moore says: “The most interesting fact for me was one single revolution could power one typical house for 24 hours.

“You think about what innovation had to take place to move forward in that time and what barriers it had to overcome.

“The technology being worked on in this accelerator programme is very similar in terms of its challenges and collaboration, and what we need to do to move it forward.”

Rob Saunders, head of energy at Innovate UK, says the energy transformation currently underway will be backed by government because clean growth is a key part of the Industrial Strategy.

Funding has been given through the Industrial Strategy Challenge Fund to projects such as the Faraday Challenge to develop new batteries for electric vehicles and the “active buildings” scheme in South Wales to find new materials that will generate clean electricity for homes, hospitals and schools.

While those involved with these demonstrators will need to prove their business models to attract financing, Mr Saunders believes having a local outlook will encourage more people to get involved.

He adds: “We’ve traditionally started with the technology and waited until it’s been proven far enough that we can put it in a system to deliver a service to someone – and then understand the business model.

“That’s all well and good, but a lot of things get stuck between the first and second stage because it’s hard to do, we’re in a highly regulated environment and have a complex system.

“We’re trying to get people to do this the other way around. A lot of the technology we need for the next-generation energy systems is already there but the intelligence to get it in the system isn’t.

“So start with a business model and if you can do that, then you can probably persuade an investor to put money in too.

“Then figure out the service you’ll deliver to the customers and think about the technology system that fits into it.”

Last year, there were 228 organisations set up across England, Wales and Northern Ireland to develop and run community energy schemes, supported by 48,000 members.

More than 71,650 tonnes of carbon dioxide were avoided through last year’s community activities.

“It can be done solely by a community or in collaboration with the private sector. The key components are that it’s inclusive, democratic, sustainable and that benefits are shared.

“Not only does it improve energy democracy, but it empowers community organisations to tackle global challenges such as achieving low-carbon and energy security at a local level.”

Ms Bridge believes community energy is still regarded as niche in the UK but, in countries like Denmark, it’s a “no-brainer” and the community owned up to 80% of wind turbines in 2013.

Five miles away from where the ERA Vision conference was being held in Nottingham, there are hopes a new housing estate located on the northern bank of the River Trent could lay the groundwork for sustainable development in the future.

Trent Basin is a community energy testbed project between property developer Blueprint, Nottingham City Council and other commercial and academic partners, which is trialling renewable energy technologies to create a development as near zero-carbon as possible over four phases.

Located in a 250-acre former harbour site just outside the city centre that was left mainly derelict in the post-industrial era, it could accommodate between 300 and 400 homes.

The estate is also home to Europe’s largest community energy battery, made by Tesla and with a 2MWh capacity, which stores energy produced by solar panels on site that is owned by residents and can either be sold to the National Grid or used for chosen community projects.

Houses are equipped with smart meters and voice-controlled speakers so residents can gain access to live data on energy generated and consumed, while future development will include ground source heat pumps to generate heat for local storage.

Blueprint chief executive Nick Ebbs says the aim of the project is to demonstrate how it’s possible to build houses that minimise fossil fuel use, reduce carbon emissions and save costs for homeowners – with hopes it could be rolled out more widely by convincing property developers of its benefits.

“We want to work within real-world commercial constraints and work with real-world consumers to demonstrate how the business model can be replicated,” he says.

Charles Bradshaw-Smith, co-CEO of community energy advisor SmartKlub, adds: “We’re trying to make renewables hassle-free in a subsidy-free world by encouraging developers to consider renewables as standard, while creating an environment in which consumers know they’ll save money as well as carbon when they move into these homes.”

Heating and cooling is used across the world, not just in homes and offices but in the supply of food, medicine and data. And it’s a significant consumer of energy.

“For the globe, this is going to be the biggest energy challenge it’s faced,” claims Professor Martin Freer, director of the Birmingham Energy Institute, based at the University of Birmingham.

“How on earth we deliver cold and cooling in a smarter and cleaner way is really important.”

Working with the Energy Research Accelerator, the institute is aiming to drive the development of thermal and cryogenic energy storage technologies that will make buildings work smarter in how they consume thermal energy.

The project fits into a wider plan by the Greater Birmingham city-region to become a global “energy capital” for innovating energy systems by creating a low-carbon infrastructure that modernises how it deals with waste.

Prof Freer explains: “There was a realisation by many in the West Midlands that the assets we have in businesses and universities gives us the opportunity to do something truly at scale.”

It is now embedded within the West Midlands Combined Authority’s vision for the region and it is now home to five energy innovation zones.

They aim to trial and demonstrate new technologies and business models, and turn them into fully commercial propositions, breeding regional markets and supply chains that provide a platform for exports and growth.

Prof Freer says: “We have an opportunity to create a bridge that links these energy parks and the businesses in them with other parts of the world.

“The Middle East is a key example. In the UAE, 80% of its electricity is used for cooling, so we could create exports and new jobs.”

One of the energy innovation zones is Tyseley Energy Park, in Birmingham, a 16-acre redeveloped site containing a £47m 10MW waste wood biomass power plant that will collect waste from the city and transform it into energy eventually used by buses and an electric taxi company based in the park.

It also features a low and zero-carbon refuelling station and innovation hub for SMEs.

“The waste opportunities are really exciting in terms of what it can do, and we want it to shape the way renewable heat power and energy storage ripples out.”

She says: “Even though energy informs and drives everything we do, we don’t think about where it comes from.

“People have busy lives and parts of Birmingham have some of the ten most deprived areas in the country.

“The subject of climate change isn’t on your list of priorities when you’re in that level of poverty so it comes back to us to make it real for them – how do we place this into real community lives and how do they benefit?”