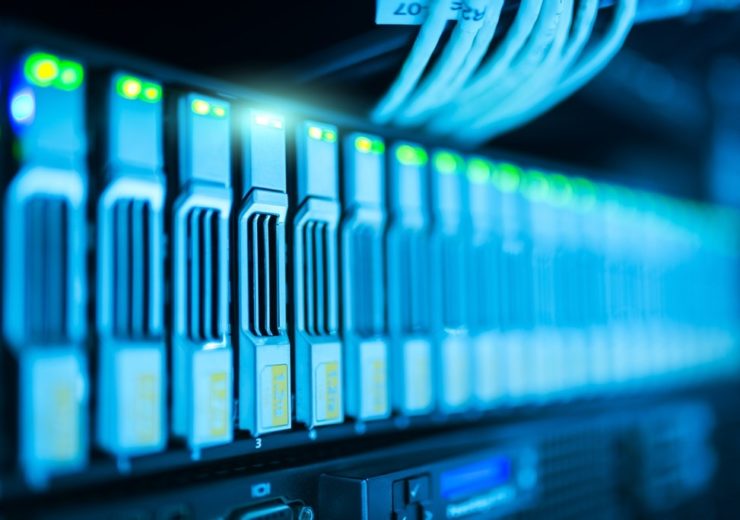 The Swiss Data Center Efficiency Label was launched at the World Economic Forum in Davos, in January 2020 (Credit: Pexels/Panumas Nikhomkhai)

At the 2020 World Economic Forum in Davos, a new rating system was unveiled to update how data centre energy efficiency is measured. Dan Robinson finds out from some of the people involved in the project how it works – and why it could one day lead to the IT infrastructure reaching net zero emissions.

Cristiano Ronaldo is often regarded as one of the best footballers of all time, but when it comes to social media he’s in another stratosphere, with his 203 million Instagram followers dwarfing on-pitch rival Lionel Messi’s 142 million.

And each time he posts a photograph of him working hard in training, chilling in his private jet or promoting his own underwear range, the energy consumed collectively by those online users to merely view the image would be enough to power three homes in the US for a year.

That’s because the information is processed across many remote data centres – a vital piece of IT infrastructure that is increasingly coming under scrutiny for the energy demand placed on it.

Good to get back to victories and happy to score again in our stadium!⚽⚽ Proud to reach 50 goals with the bianconeri shirt!💪🏽 #finoallafine #forzajuve

Today, about 1% of the world’s electricity is eaten up by data centres, according to the International Energy Agency.

In Switzerland – which, along with the likes of Ireland, Iceland and Sweden, is identified as an “attractive” host nation for server equipment due to its relaxed taxation laws, government infrastructure and cool climate – the figure is 2.8%.

And with the International Data Corporation predicting the global datasphere will grow from 33 zettabytes in 2018 to 175 zettabytes by 2025 – at a 61% compound annual growth rate – it’s anticipated by the Swiss Federal Office of Energy that data centres could account for half of the country’s energy consumption by 2035.

“With the migration of large data centre operators into a handful of countries that are attractive hosts for data centres, and the world heading for an exponential explosion of data, we’re in this collision course where energy consumption will rapidly increase,” says Chris Wellise, chief sustainability officer and vice-president at Hewlett Packard Enterprise (HPE).

“Right now, data centres are the fifth largest energy consumer in the world, with some estimates saying ICT will consume 20% of the world’s electricity by 2030.

“One of the challenges is that improvements in data centre facilities’ energy efficiency is flattening out, so we need to find a way of measuring this better.”

In 2006, a model known as power usage effectiveness – or PUE – was introduced to measure how efficiently a data centre uses energy.

The perfect PUE rating is 1.0 – measured as a ratio of total amount of energy used by a data centre to the energy delivered to computing equipment.

The Green Grid – a US-based industry consortium of various IT companies including HPE, Dell, Intel, IBM and Siemens that aims to improve data centre sustainability – promoted the metric and it has since become the most commonly used calculation for reporting resource efficiency within the infrastructure.

But more recently it has become clear within the industry that PUE is limited, claims Wellise, because it only measures how much energy is used by the computing equipment, rather than associated infrastructure like cooling and lighting.

“It doesn’t take into account aspects such as workload sophistication, what kind of power supply you’re getting, how much waste heat you’re recycling and whether you’re looking at processor efficiency or memory efficiency,” says Wellise.

“There’s a lot of limitations with PUE, particularly as we’re moving into a time where workloads are much more intensive.

“We’re hearing a lot about AI so by ignoring these other factors, we aren’t taking into account the true measurement of data centre energy efficiency.

“So along with the exponential increase in data and flattening of improvements, these significant limitations meant we need a new metric.

“There’s a great analogy where you can have the world’s most efficient washing machine but you’re placing one sock in it.

“It doesn’t matter how efficient that equipment is if you aren’t running it at full capacity.”

It was this collision course of sustainability issues and limitations that led to the launch of the Swiss Data Center Efficiency Label at the World Economic Forum in Davos last month.

HPE, which was involved in setting up PUE, played a leading role in forming the new standard after working in a public-private partnership alongside Swiss tech industry association digitalswitzerland, academics and other IT companies including Schneider Electric.

The Swiss Datacenter Efficiency Association has also been set up to award the new label for achieving excellence in energy efficiency and environmental sustainability of data centre and IT infrastructure.

It involves a set of best practices for data centre designers and operators to follow in order to reduce energy consumption and carbon footprint.

Companies are awarded gold, silver and bronze awards representing their levels of energy efficiency, based against criteria such as electricity supply sustainability, recycling capabilities of waste heat, local storage utilisation and how much of the server is virtualised.

There are also “plus” levels applied against these merits for other factors including the carbon footprint of the energy flow.

Wellise believes the waste energy recycling aspect is particularly important, adding: “There’s some great examples at HPE, where we have a super-computer that produces massive amounts of heat that is then used to heat the building.

“Much of the energy consumed in ICT goes into cooling the peripheral infrastructure and if you have the capabilities, there are lots of innovative approaches to recycling, such as heating buildings and sidewalks.

“So we look at the recycling capabilities, as well as the carbon footprint, as part of the measurement.

“This is an attempt to go beyond the race to 1.0 under PUE and uncover the attributes that define a truly sustainable data centre.”

A gold rating may be given for high server virtualisation – which involves partitioning physical servers into several multiple virtual servers that each run their own operating systems and applications in order to multiply the capacity of every machine – combined with a power supply that’s at least 80% renewable and temperatures that produce enough waste heat for recycling.

HPE’s sustainable technologist Mateo Dugand says: “That combination of things, with the fact you can have very good usage of the cooling space, might give you the gold standard.

“It’s not just about one solution – it’s showing the users there are lots of best practices that can have a positive cumulative impact.”

During a pilot study, the model helped to reduce energy consumption by between 50% and 70% over a one-year period for 10 companies that used the new metric.

The Canton of Geneva has signed the Data Center Efficiency Label into law for all new data centres.

Dugand has high hopes it could replicate the success of PUE when it comes to being adopted as an industry-wide standard.

He says: “We’re hoping to really open-source this model so it spreads throughout the rest of Switzerland, Europe and then beyond.”

Such is the demand placed on energy supplies by data centres that the HPE sustainability team believe the new metric’s impact could be huge.

The target is to reduce total energy consumption in countries like Switzerland by 30% over the next 15 years, and there’s hopes of even making data centres achieve net zero emissions one day.

“If you’re using a fully renewable source of energy, operating at very high utilisation rates and generating waste heat that’s being recycled, I think it’s possible to actually have a net benefit,” says Wellise – who is keen to point out that it’s not just the capitalism of social media and e-commerce that hog IT infrastructure, but scientists researching disease cures and climate change solutions too.

“Of the 10 companies that used the label during the pilot, five were using 100% carbon-neutral energy sources.

“There’s great potential. It’s taken three years just to get to the announcement at Davos but we’re now working hard to get the word out.

“Hopefully it catches on not just in Switzerland, but across the world.”