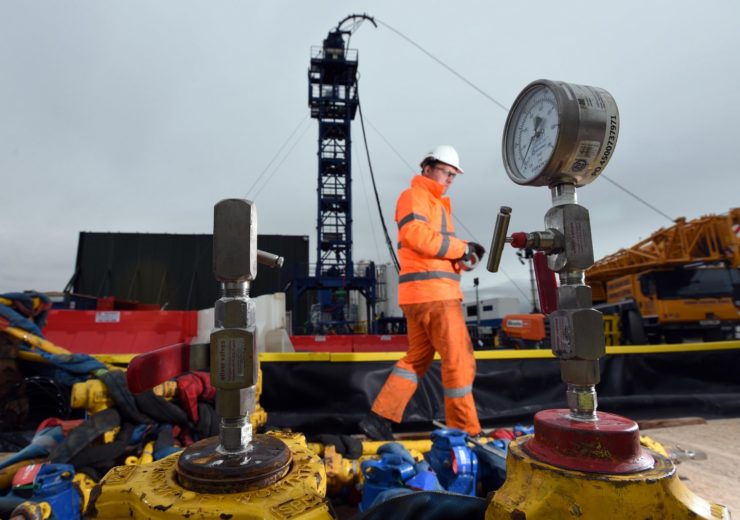 Cuadrilla has not revealed a resumption date for its work at Preston New Road (Credit: Cuadrilla)

Cuadrilla aims to have the November 2019 deadline for fracking its UK site extended until 2021, it was revealed today.

The company announced its intention to write to Lancashire County Council for a “minor variation” to the planning permission contract for its ongoing shale gas extraction project at Preston New Road in the northwest of England.

In a last-minute bid to encourage a policy change designed to facilitate the practice, it began drilling a second well at the site last month after it was forced to abandon the first in the wake of multiple earth tremors.

CEO Francis Egan said: “I would like to share our intention to formally request a variation to one of the conditions of the Preston New Road site planning permission.

“The condition requires all drilling and hydraulic fracturing operations to be completed within a period of 30 months from the date of commencement of the drilling of the first well.

“This would in effect require drilling and hydraulic fracturing to conclude by the end of November 2019.

“By the end of November 2019 we are in fact likely to have spent no more than 21 months in total drilling or fracturing on site since the commencement of drilling the first well at Preston New Road.

“Our proposed variation would seek to allow additional time for drilling and hydraulic fracturing operations but not to change either the existing approved work scope to drill and hydraulically fracture up to four wells at Preston New Road or the requirement for the site to be decommissioned and restored by April 2023.”

Cuadrilla began flow testing at its second Preston New Road well on 11 July, and is hoping the continued exploration of the Bowland Shale formation, estimated by the British Geological Survey to contain around 1,300 trillion cubic feet of natural gas, will demonstrate the scope of the commercial opportunity fracking presents.

It has stressed the need for the project to collate sufficient data to convince government that the current regulations on the process should be eased and made more in line with other industries such as quarrying, construction and geothermal.

Francis added: “It is clear the shale gas opportunity underneath Preston New Road remains critical to the UK and can also be a key enabler in regenerating not just the local Lancashire economy but across the country as a shale industry is created.

“The Committee on Climate Change Net Zero report published in May 2019 forecast that, in 2050, we will need approximately 70% of the natural gas we are using today to generate hydrogen for heating and transport and as back-up to renewables for generating electricity.

“Natural gas extracted from the shale beneath Lancashire would be far more environmentally sustainable and economically beneficial than the alternative of importing gas from around the world either in tankers as liquefied natural gas or cross continents by long distance pipeline.

“For this reason I am hoping our request to vary this planning condition will be approved.”