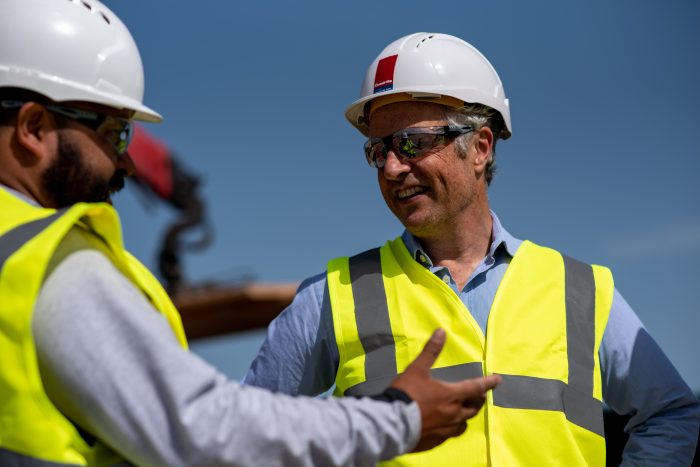 Cuadrilla will begin flow testing of natural gas and hydraulic fracturing at a second well at its Preston New Road site in Lancashire in the third quarter of 2019, the UK-based firm announced today.

The company claims exploration of the Bowland Shale formation, estimated by the British Geological Survey to contain around 1,300 trillion cubic feet of natural gas, will demonstrate the scope of the commercial opportunity fracking presents.

It also stressed the need for the project to collate sufficient data to convince government that the current regulations on the process should be eased and made more in line with other industries such as quarrying, construction and geothermal.

CEO Francis Egan said: “We look forward to returning to operations at Preston New Road which will further prove the flow of high quality natural gas from the Bowland Shale.

“Work to date on what is probably the most highly monitored onshore oil and gas site in the world has proved that this is an entirely safe, well run and well-regulated operation – and there is no doubt that the opportunity for the UK is huge.

“This work programme builds on Cuadrilla’s unique experience and expertise as the leading onshore shale exploration operator in the UK.

“The new hydraulic fracture plan will operate in line with the existing traffic light system for induced seismicity.

“However one of the key differences will be a more viscous fracturing fluid which has been reviewed and approved by the Environment Agency as non-hazardous to ground water and which we expect will improve operational performance under the uniquely challenging micro-seismic regulations.”

Hydraulic fracturing – or fracking – is a horizontal drilling process for extracting shale gas from deep underground by using a high-pressure injection of water and sand to create cracks in rock formations in order to release natural gas.

UK regulation stipulates that if a fracking company triggers an earthquake which surpasses 0.5 on the Richter scale, it must cease operations indefinitely.

Cuadrilla, along with a collection of other firms interested in fracking, such as privately-owned Ineos, argue this limit is much too stringent and it should be raised closer to that of the US, where only tremors over 4.0 on the Richter scale warrant a project’s suspension.

The company, headquartered just outside Preston, has been urging regulators to move in this direction but has as yet remained unsuccessful, with operations at its first well periodically hampered by suspensions due to frequent encroachments over the cap.

“It is no secret that we have asked for an expert technical review of the uniquely low micro-seismic operating limit of just 0.5 on the Richter scale,” explained Mr Egan.

“It remains the case that we are the only UK Operator currently able to move forward and provide more data to support an expert review of this threshold – and we intend to do so.

“I am looking forward to demonstrating over coming months that this remains an entirely safe and hugely exciting opportunity for the UK.”

“We are also working to demonstrate that natural gas produced from UK shale is likely to be the most environmentally-sensible and economically-beneficial long term feedstock for hydrogen generation, essential if the UK is to hit net zero CO2 emissions by 2050.

“Forecasts set out in the Committee on Climate Change (CCC) Net Zero report show that the UK demand for natural gas in 2050 will be about 70% of what we’re using today.

“That is because natural gas converted to hydrogen is the key ingredient for decarbonising UK domestic and commercial heat.

“It is shocking that most of this gas might be imported, from the US, the Middle East, North Africa or Russia, producing about double the methane emissions and none of the economic benefit of a well-run, well-regulated domestic gas supply from UK shale.”