Climate change denial: Are right-wing nationalists to blame? An expert thinks so

An academic at Chalmers University of Technology, in Sweden, has pointed to right-wing nationalists and those with ties to the fossil fuel industry as the main proponents of climate change denial, with an international research project in the works to substantiate his assertions 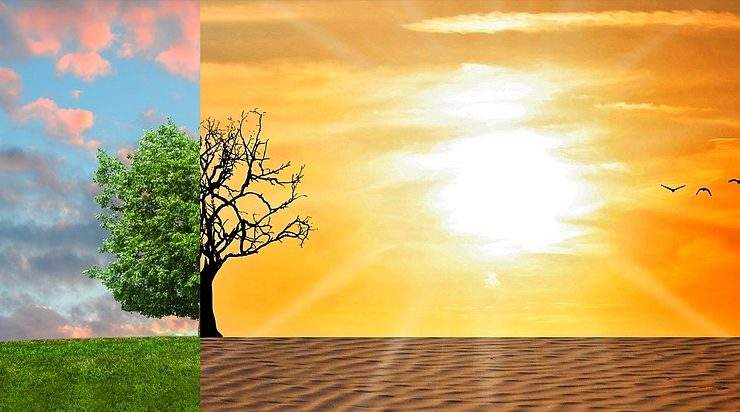 For as long as there have been studies on the environmental challenges our planet faces, there’s been a strong contingent who deny their existence altogether – engaging in what has become widely known as climate change denial.

This group is reportedly growing, with increasingly more people arguing that the greenhouse effect and humanity’s influence on the climate is not a cause for concern.

Now, a new study will seek to establish whether there are strong links between global warming ignorance and right-wing nationalism – alongside industry interests.

Martin Hultman, associate professor in science, technology and environmental studies at Chalmers University of Technology in Sweden, said: “Two strong groups have joined forces on this issue – the extractive industry, and right-wing nationalists.

“The combination has taken the current debate to a much more dramatic level than previously, at the same time as our window of opportunity is disappearing.”

There is little in the way of concrete research on the link between climate change denial and right-wing nationalism, but Prof Hultman argues we need only look at the agendas of political parties in Europe leaning to the right to spot the correlation.

“These parties are increasing in significance,” he said. “We see it in Denmark and Norway, in Britain with UKIP, and Front National in France.

“But also, in Sweden, with the Sweden Democrats’ suspicion towards SMHI (Swedish Meteorological and Hydrological Institute), their dismissal of the Paris Agreement and of climate laws, and in their appraisal of climate change denier Václav Klaus as a freedom-fighting hero.”

The Trump administration in the US was also included as an example to support Prof Hultman’s motion.

The reasons behind climate change denial

Prof Hultman doesn’t limit his assessment to right-wing nationalists, however, also pointing to those with strong investment in fossil fuels as an obvious example of those who would speak against climate change’s existence.

He argues that while their motivation is financial rather than political, it is just as potent.

“Around 80% of all energy bought and sold in the world is oil, coal, or gas,” explained Prof Hultman.

“The world’s economy runs on this type of energy, which is destroying our habitat at the same time.

“This makes climate science’s findings problematic, because it means that many in Sweden – and in other countries which use these resources to maintain their lifestyle – need to change their way of life, and many of the most powerful companies in the world will have to change their business models.”

Yet while Prof Hultman sees right-wing nationalists and fossil fuel incumbents as the vast majority of those opposed to the existence of climate change, he argues that the reason for their position is due to something unrelated to their political affiliations and professional occupations.

He added: “We do not dismiss climate change denial as something limited to, for example, powerful, older men with strong connections to the fossil fuel industry – even if such organised groups do play important roles.

“Knowledge of climate change and its causes has been around for a long time, so firstly, we also need to understand the type of reactions and everyday denials that explain why we don’t take the greenhouse effect seriously – even when we see the consequences in front of our eyes.”

To find out whether the arguments Prof Hultman puts forward are true, he will lead a new project dubbedWhy don’t we take climate change seriously? A study of climate change denial.

With Chalmers as a hub, it will be an interdisciplinary and international research collaboration over several years, financed by the Swedish Energy Agency.

It will establish the world’s first research network on climate change denial, the Centre for Studies of Climate Change Denialism (CEFORCED), which includes about 40 scientific experts and researchers