The headline statements include a raise in the personal allowance threshold for income tax, a freeze on beer, cider and spirits duties and changes to stamp duties for first-time buyers - but here are the key talking points from industry leaders in their Budget 2018 business reaction 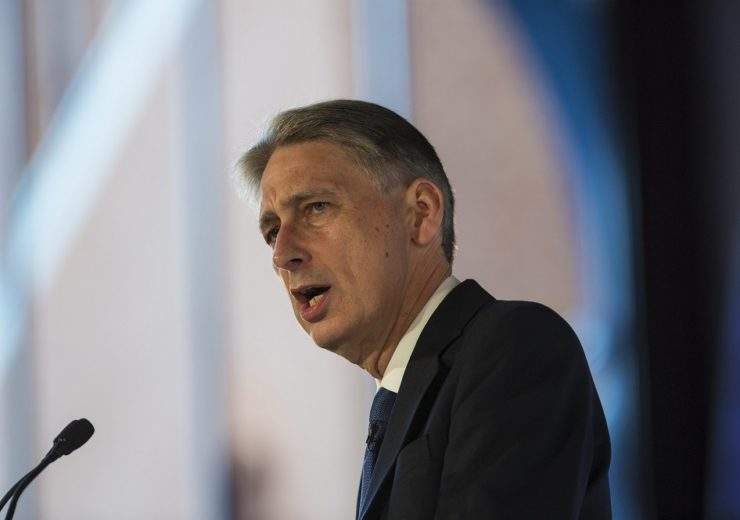 Chancellor Philip Hammond has set out his plans for government spending and taxation – and now companies across Britain have given their Budget 2018 business reaction.

During his speech to the House of Commons Mr Hammond boldly claimed that “the era of austerity” was coming to an end.

Although there were no big surprises – or “star bunnies” as Mr Hammond described them – there were some clear talking points for businesses in the UK.

As part of the government’s efforts to rejuvenate an ailing national high street, the Chancellor pledged a number of funds and reliefs for businesses, which totalled £1.575bn.

Some £675m will be put into a Future High Streets Fund, while a £900m extension to business rate relief will give independent shops and small businesses an annual saving of up to £8,000.

Brian Berry, chief executive of the Federation of Master Builders – a trade association for builders, said: “The government should be applauded for its ambition to safeguard the life of our high streets.

“We would urge councils to take this opportunity to look again at how they can work with local builders and developers to make better use of existing town centre buildings, and facilitate the development of wasted space above shops.

“Retail will always be an important element of vibrant high streets, but there is plenty we can do on a small scale to help convert unused and under-used space in to attractive residential units.

“This will both boost the supply of new homes and help breathe new life back into our high streets.”

But Grant Coleman, vice-president of London marketing company Emarsys, was not so certain of the benefits the business rate reductions would bring.

Although he welcomed them, Mr Coleman warned that “sadly this won’t be enough to be a saviour for the industry on its own”.

Patrick O’Brien, director of UK retail research at analytics firm GlobalData, agreed and added: “Physical retail chains continue to bear a disproportionate burden of business rates, and while the current government included a manifesto commitment to conduct ‘a full review of the system to make sure it is up to date for a world in which people increasingly shop online’, it continues to avoid tackling the issue head on.”

Brexit remains a defining topic of current political discourse in the UK and the 2018 budget announcement was no different.

During his speech, Mr Hammond pledged an additional £500m for preparations for leaving the EU, bringing the total up to £2.2m.

Speaking on this pledge, Ian Baxter, founder of Nottingham logistics business Baxter Freight, said: “If we were to end up with a ‘no deal’ Brexit, this would require a completely new budget announcement and economic forecast from the government.

“Today’s £500m no-deal funding, £2.2billion Brexit funding or £15 billion Brexit contingency would not touch the sides of the problem.

“As well as emergency funding for HMRC’s customs capacity, we would need to provide support for the implications for business which might face shutdowns (at least temporarily) of huge production lines and laying off staff from the likes of Nissan, Honda, Toyota and Jaguar Land Rover – just some of the multinational corporations with large parts of their manufacturing in the UK – as well as significant extra costs of doing their day-to-day business.”

The Chancellor’s decision to introduce a digital services tax targeting the likes of Google and Facebook was described as a “brave move” by Simon Browning, partner at national accountancy firm UHY Hacker Young.

Commenting on a range of policies announced in the 2018 budget, Luke Davis, CEO and founder of London-based SME investment company IW Capital, said: “The UK’s alternative finance arena, albeit buoyant, will only flourish to its optimum capacity if fiscal and policy-led initiatives such as business rates, Entrepreneurs’ Relief, VAT, and corporation tax are addressed head-on, particularly with Brexit around the corner.

“A cookie-cutter approach for what is one of the most diverse spectrums of business to exist globally is destined to fail, but what Hammond has addressed in today’s statement is the exact opposite.

“By clearly identifying superior support structures for start-ups, such as the digital services tax and slashing business rates for retailers under the £51,000 cap highlights the government’s continuing support for growing businesses.”

He added: “At a time when jobs and economic growth are more dependent on the success of this sector than ever before, the government should be clearing the way for British businesses to thrive. It’s taken a step in that direction today.

“We believe the government’s focus should now be on making it easier for small businesses to grow.

“The British Business Bank recently found that one-in-three British SMEs are unsure how to expand their business even though they want to.

“By reforming access to working capital through more initiatives like the bank referral scheme and RBS alternative remedies package, the government could fix a broken bank lending market and give more of a helping hand to the small business owners that keep the UK ticking.”