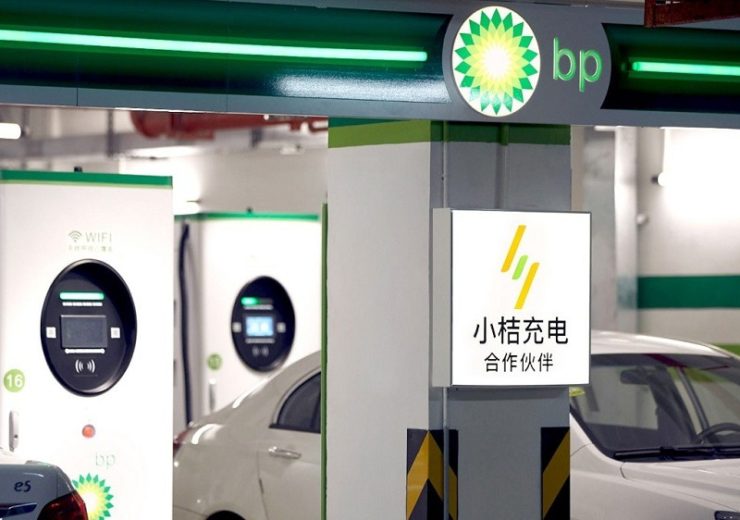 China is already the global leader in electric vehicles – and now plans have been drawn up by two major companies based there to build new EV charging stations.

Ride-hailing app DiDi and energy giant BP have formed a joint venture to develop a network of EV charging hubs across the country, which accounts for half the world’s battery electric vehicles.

They would be available to the general public and not just DiDi, which has 600,000 electric cars servicing its 550 million app users.

DiDi chairman and CEO Cheng Wei said: “We look forward to combining our strengths to create a robust EV charging network for China, promote the growth of the new energy automotive industry, and provide better experience for car owners across the country.”

While UK-based multinational BP is primarily an oil and gas company, 9.3% of its global electricity generation in 2018 was renewably sourced.

In February last year, it said clean energy would amount to about $500m of its $15bn to $16bn capital expenditure programme.

The company has embarked on a roll-out of installing ultra-fast chargers at its UK filling stations after buying BP Chargemaster, the UK’s biggest EV charging company, last year and has also invested in innovative fast-charging battery technology firm StoreDot.

It has plans to open 1,000 filling stations in the country over the next five years.

The company said the partnership with DiDi will create “standalone, reliable and high-quality charging hubs” for electric vehicles.

A pilot site in Guangzhou, in the Guangdong province, has already been opened and features ten fast-charging units ranging from 60 kilowatt-hours (kW) to 120kW.

There are plans to expand rapidly and eventually become the largest provider of China’s EV charging stations.

In the future, BP and DiDi intend to expand into “loyalty and convenience offerings” alongside other fleet services.

Tufan Erginbilgic, BP’s downstream chief executive, said: “As the world’s largest EV market, China offers extraordinary opportunities to develop innovative new businesses at scale and we see this as the perfect partnership for such a fast-evolving environment.

“DiDi is already converting to electric vehicles and has a very large user base, so we expect to drive high utilisation of charging assets from day one.”

China is a global leader in electric vehicles

China is the world’s largest and fastest-developing EV market, accounting for about 50% of the world’s battery electric vehicles today.

In comparison, there are estimated to be about 60 million in Europe and 40 million in the US by the same date.

There are currently 770,000 EV charging stations in China and the government has set at target of 4.8 million by 2020.

By 2030, BP said it expects about 80% of EV charging in China to be done at destination, forecourt and fleet hub charge points.