From supporting recycling campaigns to calling for the 5p plastic bag charge, we take a look at UK Prime Minister Boris Johnson's record on climate change and environmental issues 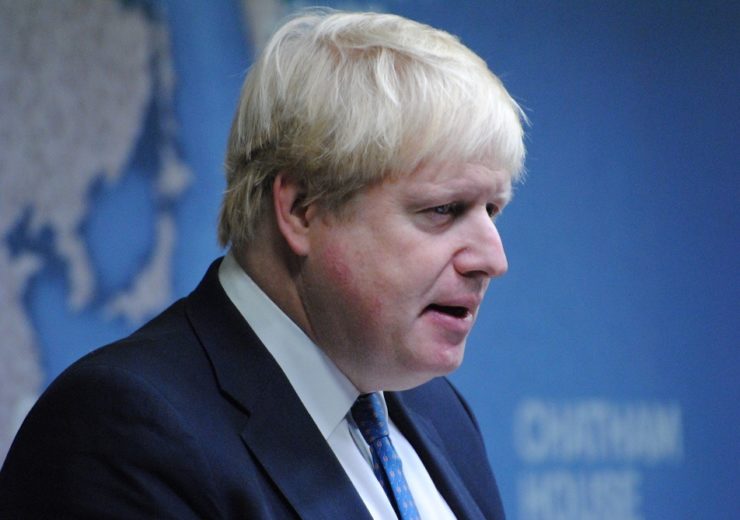 Boris Johnson seemingly has an opinion on almost anything – but his views on climate change are fairly inconsistent.

While Brexit is the big policy headache awaiting the new Prime Minister, who took over the top UK political job from Theresa May today (24 July), global warming will soon become an important issue during his tenure.

From opposing emissions-based vehicle taxes to fighting against the Heathrow Airport third runway, we take a look at the 55-year-old former Eton scholar’s past record to get a better understanding of how the UK’s climate change policy might look under his leadership.

During his time as Mayor of London, Johnson outlined a range of plans to try and improve recycling in the UK’s capital.

In 2009, he announced his administration would use the London Waste and Recycling Board’s £84m ($104m) budget to create new waste facilities.

ohnson also backed the trial of an American scheme called Recycle Bank in 2010, which gave householders shopping vouchers or donations to charity based on how much they recycled.

In 2012, he supported a campaign from plastic bottle recycler Closed Loop Recycling called We Need Your Bottles, aimed at encouraging people to collect and recycle plastic bottles.

At the time, Johnson said: “Taking time to chuck your unwanted plastic bottles into the recycling bin, rather than your rubbish bin, is not only good for the environment but great for our wallets too.”

He even said in 2010 that he believed the capital would exceed this target.

However, the UK government’s Department for Environment, Food and Rural Affairs announced that, during the period of 2014/15, the city had only reached a recycling rate of 33.1%.

In 2008, Mr Johnson supported a bid by London Councils for an Act of Parliament that would provide the city with the power to ban free single-use plastic bags, and in 2011 considered implementing the 5p plastic bag charge that was brought into law four years later.

Speaking at the time, he said he wanted to set an example ahead of the 2012 London Olympics.

“Plastic bags are an unnecessary scourge on our environment and I’ve set out my ambition to make London a plastic bag-free city,” he said.

“We are planning a renewed campaign to help do so ahead of 2012 when the eyes of the world are on us.

“This includes mobilising an army of volunteers in clean-up drives to help make our parks and town centres litter free.

“While London doesn’t have the powers to implement bans or charges, I am keenly following Wales’ efforts to solve this problem.”

Although Johnson was ultimately unsuccessful in his bid introduce the charge in London, England joined Wales in bringing in a 5p levy on plastic bags in 2015.

During his time as Foreign Secretary, he “ordered” a ban on avoidable single-use plastics in all of the Foreign and Commonwealth Office’s UK operations by the end of 2018.

Johnson, who also set a 2020 target for its overseas estates, said: “It is time for the world to truly wake up to the damage being done to the environment, and especially by the sheer volume of plastic that is dumped in our oceans.

“If the UK is to turn the tide overseas on this crucial issue, it is only right that the Foreign Office leads the way at home.”

In the same year, Johnson announced that the problem of plastic waste would “certainly be at the heart” of the 2018 Commonwealth Summit when questioned in the House of Commons.

“I have a plastic biro in my right hand; I propose to take it out and dispose of it in a suitable manner.”

In his latest mention of the material during his Tory leadership campaign this year, Johnson criticised the European Union for supposedly imposing the use of plastic.

In a speech made to members of his party, he gave the example of an “utterly furious” fish smoker from the Isle of Man who complained about regulations that meant he must use a “plastic ice pillow” to keep kippers fresh.

“After decades of sending them through the post like this, he has had his cost massively increased by Brussels bureaucrats who are insisting that each kipper must be accompanied by a plastic ice pillow,” he said.

However, this turned out not to be an EU legislation and instead a rule imposed by the UK’s Food Standards Authority (FSA).

In a statement, the FSA said: “In the UK, smoked kippers that are sold online must be kept to an acceptable temperature throughout transit.

“Businesses must ensure the materials used to do so are suitable for the food and the conditions of use.”

Some of Johnson’s climate change polices are well known, including his opposition to Heathrow Airport’s expansion during his time as Mayor.

He also planned the first ultra low-emission zone, as well as charging an additional £10 on diesel vehicles and committing to electrifying the capital’s buses.

During his time as an MP, Johnson backed calls for greater regulations on fracking and spoke out against the decision of the US to leave the Paris Agreement.

He also remarked that he was sympathetic to the aims of the Extinction Rebellion protest group.

However, he has also voted against measures to prevent climate change, such as setting a carbon reduction target in the UK, a carbon capture and storage strategy, and the implementation of emissions-based vehicle taxes.