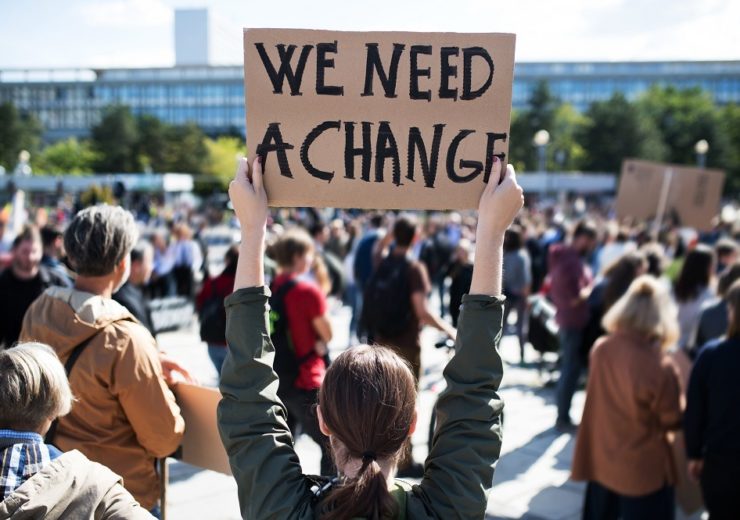 Individuals need to play their part, but businesses can have a greater impact. Aviva’s group head of environment and climate change Zelda Bentham talks about what the insurance company is doing to fight against and prepare for climate change.

Rising sea levels and extreme weather events are making headlines – and rightly so – but for insurance companies it’s old news. We’ve been concerned about the future of the planet for more than 25 years.

In the words of former environment minister Chris Huhne, we are the canary in the coal mine.

If there is a four-degree rise in temperature above pre-industrial levels by 2100, the world will cease to be insurable.

Extreme weather events would be so frequent no one would be able to afford to pay insurance premiums. When your business model is threatened in this way, it focuses the mind.

As early as 1995, one of our legacy companies, General Accident, had signed up to the UN Environment Programme’s statement from insurers on environment.

Eleven years later, we were the first global insurance group to offset its entire operational carbon emissions and we’ve been carrying on the fight ever since.

When you’re facing an existential crisis, everyone must do more and as our CEO Maurice Tulloch said in May: “The planet does not have time for excuses.”

It’s easy to be a rabbit in the headlights and decide there’s nothing that can be done.

Unfortunately, if everyone took that attitude then nothing would be done. Aviva set a target in 2010 to reduce its carbon emissions by 20% by 2020.

But that doesn’t mean it’s easy or that we’ve done our bit. As a company, Aviva tries to lead by example, but there is always more we could do.

We’re busy making sure the companies we invest in or provide insurance for have good climate credentials, for example, but other elements are far from black and white – you may have a multinational company where one subsidiary is associated with landmines, but then another subsidiary may be making solar panels.

When we look at a company involved in thermal coal, for example, it might be that only 15% of its revenue comes from coal and the rest from renewables, so what is a thermal coal company to one person may be viewed as a renewable energy company with some legacy fossil fuels to another. Should we invest in them or not?

It’s important to get that balance right and that’s where ethical considerations come into effect.

You may think that there are some other things that are ethical and there’s such a wide range from adult entertainment to gambling, through to fossil fuels and weapons.

In our engagement, we’ve come across trade bodies that say: “All the companies in our membership believe the Paris Agreement is the right way to go.”

And yet they are still developing new sources of fossil fuels. You can’t be fork-tongued on this – it’s either one thing or the other.

To me, the people that nod and say “yes, climate change is very serious, and we need to do something about it”, and then carry on doing what they’ve always done because in the short term they can make money out of it –are more dangerous than climate sceptics.

We’ve always been very cautious of green-washing, but we need to get the balance right between action, and talking about that action – whether it’s through disclosures or public reporting – and also challenging others to do something about it as well.

Why insurance and other industries should invest in tackling climate change

It’s not long since the governor of the Bank of England, Mark Carney, warned that companies that don’t adapt to climate change will go bankrupt and there’s certainly been an increase in people making investment decisions based on more than short-term financial results.

Environmental, social, and governance-focused funds take into account the long-term impacts that a company may have on climate change, or how it addresses human rights issues or how well run it is.

For coal companies, we know that the cost of renewables technology and energy has come down so dramatically that carbon-intensive energy providers will have to transition away from fossil fuels in order to compete, or at some point it will become a stranded asset.

One challenge we face as a pension provider is that we have lots of customers with lots of pensions, but they hold the investment mandate.

We can’t significantly change things on their behalf without their say so, and so we need and bring more awareness to them about what they can do.

To put this into context, it’s good to buy Fair Trade coffee, it’s great to recycle all our plastics but how many people who do this also have money invested in companies that don’t share these values? And which has the greatest impact?

At Aviva, we can’t take those decisions for people. And yet it may only take a few clicks to change a pension to an environmentally-friendly one in much the same way you might change your electricity provider.

Of course, no one person and no one company can solve climate change by themselves.

Aviva has recently committed to reducing the carbon emissions of its investment portfolios to net-zero by 2050 with the aim of helping to limit global warming to 1.5C rather than the 4C mentioned earlier.

In doing this, the company is joining forces with some of the world’s largest pension funds and insurers: The United Nations’ Net-Zero Asset Owner Alliance consists of 16 asset owners from across the globe that are responsible for almost $4tn of assets under management, which is a considerable sum.

Our reasoning is simple, if there’s a coalition of the willing that are all calling for the same thing – whether it’s individuals, companies or countries – then we’re much more likely to make progress.

At Aviva, we’ll continue to have an A+ rated white goods replacement policy, we’ll make our vehicle fleet hybrid or electric and we’ll push for change along our supply chain.

We’ve also recently introduced a climate transition fund that will invest in companies that make money from goods and services that address climate change mitigation and adaptation.

It will not invest in stocks exposed to coal, unconventional fossil fuels, Arctic oil and gas production, or thermal coal electricity generation.

As for me, I’m an eternal optimist on these kinds of things, the phrase I live by is dum spiro spero – while I breathe, I hope. All isn’t yet lost. If we all keep moving in the right direction, we will make the difference.

This article is sponsored by Aviva