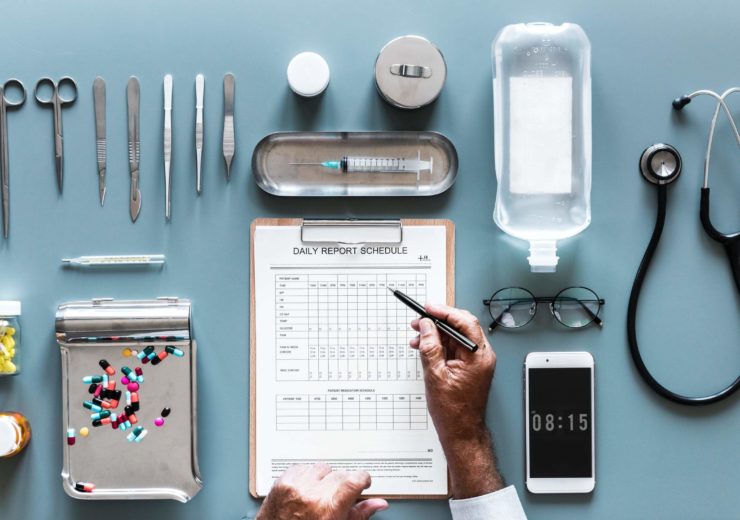 We’ve heard the stories about how artificial intelligence has the ability to identify tumours and possibly even cure cancer one day – but on a global level, it could transform health systems as we know them.

From cutting down huge administrative costs to delivering “true healthcare” that aims to prevent rather than cure illnesses, industry leaders believe AI has huge potential in the field.

Dr Vincent Grasso, who works in a large New Jersey clinic alongside his role as healthcare practice lead for US software firm IPsoft, says the technology could help achieve three key aims – to decrease the cost of care, improve clinical outcomes and increase patient satisfaction.

Underpinning this is a transition in how healthcare is delivered.

“In the old days, you’d travel from your home to the hospital or clinic,” he says. “Now, we’re taking healthcare to the home.”

“This is an evolution and it’s driven by many other things – cloud computing, smartphones and retail clinics.

“I hope the fruits of this labour will help empower the next generation of ecosystems and drive improved healthcare.”

According to a 2017 study by Population Health Management, the prevalence of type one and type two diabetes will increase by 54% to more than 54.9 million Americans between 2015 and 2030.

A 2011 report by the American Heart Association, meanwhile, estimated that healthcare costs related to treating heart disease will triple by the same year.

By that time, the organisation believes 116 million people in the US will have some form of cardiovascular disease due to an ageing population.

With those changes in mind, Dr Grasso believes healthcare is becoming more decentralised through technology.

Mobile health – or m-health – is a rapidly expanding field in the digital health sector and involves healthcare support, delivery and intervention being delivered via mobile technologies, also including wearables like Fitbits and Apple Watches.

IPsoft’s research says m-health could reduce costs for hospital readmissions by 63%, patients’ non-adherence to treatment by 61% and doctor visits by 44% between 2018 and 2023.

“We need them to help care for patients who are in our care,” says Dr Grasso.

“This is a very interesting space. We’re all going to be part of this and our company is hoping to be a leader in it.”

True healthcare rarely exists – but artificial intelligence could change that

Dr Grasso is introducing a panel discussion at the IPsoft Digital Workforce Summit in New York City in May.

Dr Suman De, global practice lead for data and intelligence at IT services provider NTT Data Services, speaks about how AI could enable providers to transform their entire approach to healthcare.

“We never pursued this particular philosophy that prevention is better than a cure, and that’s where I definitely feel that transformative technology like AI has fantastic potential.”

Patient data is now the most important asset in global healthcare, believes Dr De, and AI can be used to process and analyse it to drive “meaningful intelligence”.

“It’s not only about predicting the future but prescribing it,” he says. “So we are developing solutions that can help you to generate next best actions and guide those patients who are currently in need, as well as those who want to be protected for the future, through the right directions.”

A widely-cited study published in The New England Journal of Medicine in 2003 estimated that 30% of healthcare costs are administrative.

While it’s still the only study to involve the entire health system, others show similar results, with a 2014 report published in Health Affairs finding that 25% of total spending on hospital care alone is eaten up by admin – more than any other major country.

“All of these back-office functions are consuming the cost of the healthcare.”

She believes automation could release some of these costs and free up staff to carry out more valuable tasks.

Amelia, the “digital worker” bot created by IPsoft, is highlighted as an example because it can be used to process incoming calls while following thousands of call centre rules for various providers – but with the emotional and cognitive intelligence that’s required when dealing with patients.

Ms Joseph also suggests establishing an “AI room” where patients can give details before seeing a doctor.

“How much time does the doctor spend talking to you about the symptoms, just to document your visit?” she says.

“If you could take that out, it means the physician has more time to provide patient care.”

San Francisco medical supplies firm McKesson also has plans to use AI to “augment” its call centres by working alongside human workers.

The centres receive about two million calls every year, with about 300 variables on what the patient may ask.

Vice-president of IT Kathleen McFetridge says: “Using Amelia, our goal is to be able to answer at least 90% of those calls, and move our staff up to do more white-glove treatment for our patients that they can’t do today.”

House with No Steps is an Australian not-for-profit organisation that provides services to people with disabilities, including support for employment, accommodation and therapy.

It has existed for 55 years but CEO Andrew Richardson hopes technology will one day make it redundant, along with similar groups.

He believes AI could, over time, break down language barriers between support workers and clients, while also carrying out tasks such as filling out forms.

Coupled with other emerging tech like augmented reality, robotics and biomedical engineering, AI could have an even more profound effect, he says.

“Equipping people with disability directly with these tools will improve their autonomy, wellbeing and social inclusion.”