Alexa will see you now: Is Amazon’s link up with the NHS a case of tech for good or a threat to patient privacy?

Following news that the NHS has partnered with Amazon Alexa to send patients health advice, Sam Forsdick weighs up the pros and cons of using smart speakers for public health 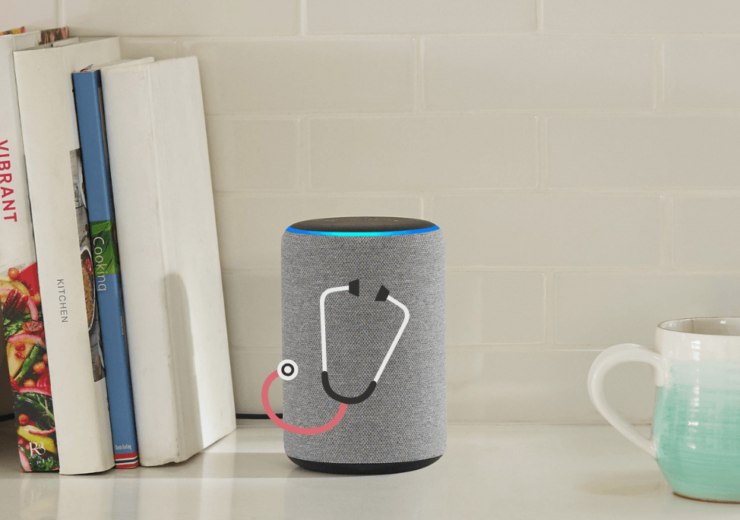 Although the move has been celebrated by some as an innovative use of technology to remove some of the strain on doctors, others are wary of sharing personal data with the Silicon Valley behemoth.

The partnership was devised by the newly-formed technology department of the health service, NHSX, and Mr Hancock claims the technology will empower patients while reducing the pressure on GPs and pharmacists.

But is it an innocuous use of a technology that’s increasingly becoming a staple of the modern-day home or does it pose a threat to personal privacy?

Alexa is a digital assistant that works by providing answers to questions and acting upon simple voice commands issued by a human.

Alexa will provide professional, NHS-verified health information in seconds. It is expected to help elderly and blind patients in particular, as well as those who can’t access the internet through traditional means.

Some doctors welcomed the use of technology to help patients and improve access to information on the NHS website, with half of all searches estimated to be made through voice-assisted tech by 2020.

Professor Helen Stokes-Lampard, chairwoman of the Royal College of GPs, says: “NHS Choices is already one of the most reliable online sources for health advice, symptom and treatment information, and many people are familiar with voice-assisted technology and feel comfortable using it.

“Combining the two could be an effective way of accessing information about your health without leaving your home – thereby freeing up more GP appointments for those patients who need them most.

“However, it is vital that independent research is done to ensure that the advice given is safe, otherwise it could prevent people seeking proper medical help and create even more pressure on our overstretched GP service.”

She also raised concerns about the expense of the device and technical proficiency required to use it – which would mean many people wouldn’t be able to access its benefits.

Ms Stokes-Lampard adds: “While some patients might want to use symptom-checkers in this way, not everyone will be happy to do so and many people will not be able to afford the expense of this equipment, thus widening health inequalities and making access to care even harder for some of the most vulnerable people in our society.

“Technology can be brilliant, when used appropriately, and it is playing an increasingly important part in the way we deliver care to our patients throughout the NHS, but we must be careful not to create a ‘digital divide’ between those patients who can afford it and are able to use it, and those who can’t.”

Dr Farah Jameel, IT lead at the British Medical Association, believes the technology would help reduce the 50 million GP consultations made for minor complaints every year and also help patients with visual impairments and other disabilities to access the information from the NHS.

She says: “It is a positive step that as more and more people adopt new technologies, Amazon will be directing them to a reliable source that is clinician-led.

“However, it is vital that there are robust safeguards in place to ensure that the advice given is safe and appropriate, while guarantees must be given over how patient data is stored and used.”

Deputy Labour leader Tom Watson was one of those that raised concerns, describing the announcement as “the beginning of Mission Creep”.

He says: “The giant data monopolies want one thing – more and more data to drive their huge profits.

“Entrusting Amazon’s Alexa to dispense health advice to patients simply opens the door to the holy grail – our NHS data.”

She adds: “Amazon’s Alexa records what people say, stores recordings in data centres we know nothing about, and exploits our data for profit.

“These home surveillance devices are controversial and not widely used. Any public money spent on this awful plan rather than frontline services would be a breathtaking waste.

“Healthcare is made inaccessible when trust and privacy is stripped away, and that’s what this terrible plan would do.”

It’s not the first time that data privacy issues with Amazon’s smart speaker have been raised.

US Senator Chris Coons wrote to the company asking it to disclose its data policies.

In a public response, Amazon revealed it retained voice recordings made by Alexa indefinitely and – even if a customer chooses to delete the recording – the skill developer may retain records of the interaction.

Amazon claims the information is used to improve customer experience and reiterated the device only recorded once an activation word is heard – such as “Hello Alexa”.

However, interviews from Amazon employees – who are tasked with transcribing Alexa recordings – revealed there are often conversations overheard by the device that the owners’ would not want heard.

Bloomberg reported that these Alexa reviewers sometimes overheard personal information, such as bank numbers, children screaming or even incidences that they believed to be sexual assault.

Other Amazon employees who annotate and analyse some of the voice recordings claimed they could “easily” use the data from Alexa devices and Amazon to identify users’ home addresses.

Irrespective of the varying opinions, it appears that partnerships with technology companies and the NHS will continue.

Mr Hancock says: “Through the NHS long-term plan, we want to embrace the advances in technology to build a health and care system that is fit for the future and NHSX will drive this revolution to bring the benefits to every patient, clinician and carer.”

Similarly, NHSX CEO Matthew Gould stated that deals such as the one with Amazon were an “important part” of achieving its vision.

Barbara Pitruzzella, a senior analyst covering the NHS as part of the public sector team at GlobalData, is optimistic about the news.

She says: “The use of internet of things devices, such as Amazon Alexa, to support healthcare has the potential to help bridge the gap in access to medical advice, while reducing pressure on the current workforce.

“This is especially true for patients with reduced mobility or access to other digital devices, and for those who live in more remote areas.

“Embracing the use of technology and data in healthcare has the potential to fundamentally improve patient care, but patients need to be kept informed at all times.”