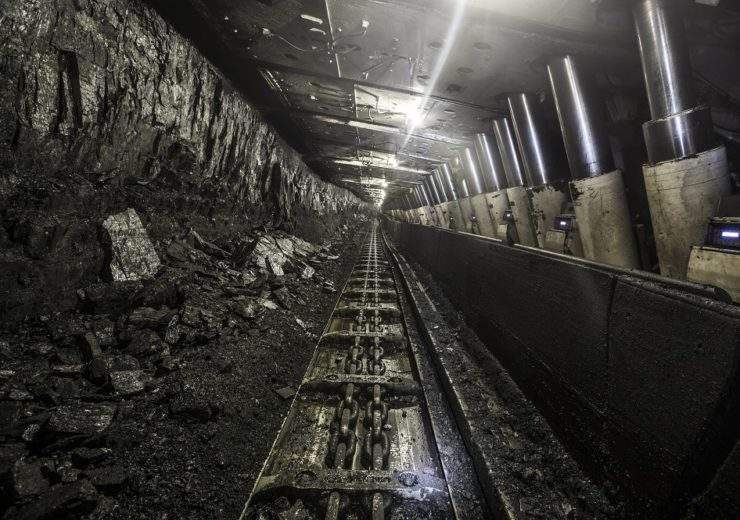 With renewables like solar, wind and hydro on the rise, capturing excess power generated can be a tricky task – making the advent of alternative energy storage technologies crucial to a carbon-free future.

When demand drops, excess energy produced by PVs and turbines can go to waste, but scientists are looking at new ways of storing it that go beyond traditional batteries.

These include thermal, compressed air energy and pumped hydropower, which were some of the options discussed at the Energy Research Accelerator programme’s ERA Vision 2018 Midlands energy conference last week.

Researchers at the University of Nottingham are looking into different ways of storing wind and hydrogen.

Until now, much of the focus for ensuring renewable energy is available on demand has been battery storage, but Professor Seamus Garvey believes this is a “hasty” solution that doesn’t consider other alternatives.

Prof Garvey, the university’s academic theme lead for geology within ERA, is exploring generation-integrated energy storage (GIES) systems, which store energy at some point along the transformation between the primary energy and electricity.

These storage systems are already used in natural hydro power and biomass generation but researchers are trying to replicate this for wind power.

Underground rocks could be important to decarbonisation, according to a British Geological Survey (BGS) scientist.

Professor Mike Stevenson says: “Carbonisation was the Industrial Revolution and the earth helped us at that time.

“Now I’m convinced we can use geology and the sub-surface to do the opposite.”

The Department for Business, Energy and Industrial Strategy provided a £31m grant to the BGS to develop two test sites, with one located at a deep coal mine in eastern Glasgow that naturally flooded with water recorded at about 12C.

Starting work this month, it will study low-temperature geothermal energy just below the Earth’s surface to find out if it warm water in can be used for renewable heat.

If successful, disused mines up and down the country could provide a low-cost, low-carbon heat source for homes in the future.

“If we can crack this nut, we could find solutions for smart cities in renewable energy.”

The Coal Authority assessed earlier this year there could be more than two million gigawatt hours (GWh) of low-carbon heat in the UK’s mines.

A £10m scheme located at the former Caerau colliery in Bridgend, South Wales, was launched earlier this year and aims to heat 150 homes.

The BGS is also working on compressed air energy storage – a technology whereby excess energy can be used to compress air, which is pumped into underground storage facilities – of hydrogen in salt.

And it is researching the possibilities of using shale gas – which is extracted from deep underground using fracking – for energy storage as it contain high elements of the battery metals, nickel and vanadium.

Hydrogen could be crucial material in climate change

Earlier this month, the UK’s Committee on Climate Change independent advisory body released its Hydrogen in a low-carbon economy report, which indicated hydrogen is a “credible option to help decarbonise the UK energy system”.

Unlike natural gas, when pure hydrogen is combined with oxygen and burned it produces no harmful CO2 emissions – only heat and water – and produces no nitrogen oxides or particulate emissions when used in transport to power electric fuel cell vehicles.

The committee suggested the element could replace natural gas in parts of the system where electrification isn’t feasible or is too expensive, such as in providing heat on colder winter days, industrial heat processes and back-up power generation.

Calling on the government to commit to a low-carbon heat strategy within the next three years, it also said the use of hydrogen could grow through carbon capture and storage, while producing it for applications that require no major infrastructure changes.

These could include power generation, injection into the gas network and depot-based transport.

Meanwhile, the H21 North of England report – also published this month by UK gas suppliers Cadent and Northern Gas Networks, alongside Norwegian state energy giant Equinor – called for the “hydrogenisation” of the North of England.

It would involve spending £22.7bn on designing a hydrogen production, distribution and storage system that would create the world’s largest CO2 reduction plant.

By feeding hydrogen, in place of natural gas, through the existing network to homes and businesses in the region, it would have the potential to decarbonise 14% of UK heat by 2034.

The report was followed by the establishment of the North West Hydrogen Alliance last week to push forward investment and innovation in the use of hydrogen in energy systems, promoting the North West of England an industry leader.

Professor Gavin Walker, who specialises in researching hydrogen storage technology at the University of Nottingham, says it’s a “really exciting time for hydrogen”.

He is working on hydrogen storage alloys, which are metallic materials that can reversibly absorb and release significant amounts of hydrogen from the gas phase or electrochemically.

“You can charge up these materials and get densities that are greater than liquid hydrogen,” he says.

“We want a relatively cheap storage material so we will be working on cheaper metals.”

The University of Nottingham is working with the ERA and partners in India to create microgrids, a small-scale power grid that operates independently from the main power grid.

Prof Walker adds: “As well as being able to store hydrogen as a gas for a fuel cell or burn it, the process of combining hydrogen with the metal is very exothermic, which means there’s a lot of heat being generated. So you can use it as a thermal energy store.

“Metal hydrides are very versatile and can be used for not only for storing gas, but for storing heat and compressing hydrogen gas too.”

But Professor Robert Steinberger-Wilckens, of the University of Birmingham, believes hydrogen could be a worthy replacement in long-distance shipping.

Hydrogen can be stored as a gas or liquid, in large amounts and for long periods of time.

He says: “In transatlantic shipping, hydrogen is highly efficient for energy storage, but for volume it’s not so good.

“Still, we could replace fossil fuels on transatlantic shipping quite easily and the whole shipping industry would go zero-carbon.

“Ten years ago, we’d never have thought about that being possible but now the industry is moving that way.

“Hydrogen-based fuels can broaden our horizon but also produce these chemicals as storage.”