Apple Maps vs Google Maps – who will win the battle?

Apple has added new functions and features to its maps service in time for the iOS 12 launch this autumn, but how will it aim to better Google's own service - and who will come out on top in the Apple Maps vs Google Maps showdown? 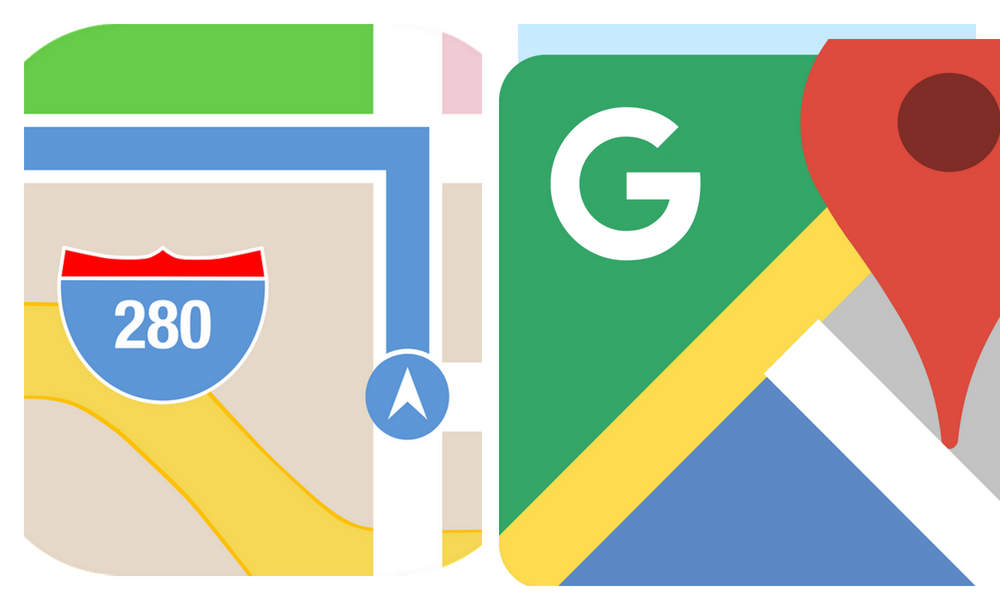 When it comes to finding our way around cities and towns, it’s often a straightforward contest between the smartphone app we choose – Apple Maps vs Google Maps.

For a long time, Google had the monopoly in navigation until Apple dropped it has a default app from iOS devices and the iPhone maker launched its own version in 2012.

Since then, Apple has grown its mapping market share to the point where it is now believed that three in four iOS users opt for Apple Maps ahead of Google Maps.

Yet techies still regard it as an inferior tool, while other operators like Citymapper – which started in London and has since been rolled out to cities including New York – have also jumped on board.

Apple is now upping its game after announcing new features and improvements.

These include everything from high-resolution satellite imaging to panoramas and real-time traffic information.

We look at the Apple Maps vs Google Maps battle and where it could be going.

Since Apple Maps’ launch six years ago, it hasn’t made many improvements until now.

Apple’s senior vice-president Eddy Cue announced in an interview with Tech Crunch that the company had been working on trying to build its own map data from the ground up.

He said the app is about to become faster and more accurate in time for iOS 12, which is due to launch in September, in order to keep up with its competitors Google Maps and Citymapper.

When iOS 12 drops, iPhone users could have numerous features to look forward to, including making parking areas more visible and providing a much-improved version of Flyover, which shows major cities from the air in photo-style 3D views.

Details such as swimming pools and restaurants will show on a clearer zoomed-in map, while it is also improving search.

When users search for an address, they won’t get options from all over the world but only local options.

The new service will no longer require third-party data for its maps, instead it will be building all its own location data using Apple cars – similar to the Google street view cars.

The biggest benefits of the new app is that Apple will generate information from iPhones – giving it real-time data that will help with journeys, such as roadworks and accidents affecting road traffic.

Apple‘s own human editors will use artificial intelligence to amend and correct any traffic problems on the road.

The new data features could cause some privacy worries for some, but users can opt out of by changing their privacy settings.

Apple Maps vs Google Maps – how they are different

Although Apple and Google have very different business models and both apps are similar in terms of function and cost, there are some differences.

In terms of privacy, Google has received criticism over its location data product called Google Timeline, which saves the users’ searches.

However, Google has the Offline Maps feature too for travellers.

This allows the user to select an area on Google Maps and download all of its maps content to the user’s phone, so they can access the map and some points of interest even when using their phone offline.

It also offers the Street View feature, which allows users to view images from the ground of an address they’ve searched and navigate at street level.

Apple’s Flyover feature will also offer its own street view tool but will be in real-time.

In terms of tourist-friendly experiences, Apple Maps aims to show about twice as many restaurants and shops as Google Maps.

Mr Cue said “When we launched, a lot of it was all about directions and getting to a certain place. Finding the place and getting directions to that place.”

But he said Apple has now made a “huge investment in getting the map up to par” by adding “millions” of locations and updating maps more frequently.

Until now, both companies have used third-party software for data collection.

Google still has a partnership with navigation software provider NAVTEQ, but Apple believes the fact it will now use its own iPhone data is a major plus.

“We wanted to take this to the next level,” said Mr Cue.

“We have been working on trying to create what we hope is going to be the best map app in the world, taking it to the next step. That is building all of our own map data from the ground up.”

With so many new features on the way, it will be interesting to see if Google retaliates by upgrading its own service – adding a new chapter to the Apple Maps vs Google Maps battle.